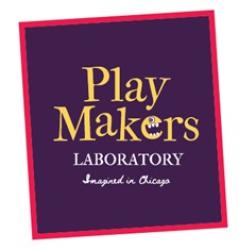 For 25 years, PlayMakers Laboratory has provided vital arts education by conducting creative writing residencies in Chicago elementary schools. PML’s ensemble of professional actors, comedians and musicians bring the young authors’ stories to life as raucous sketches, songs and movement pieces, performing first for students in their schools and then for the public. These stories – from hilarious dialogues between unlikely characters to poignant pleas for social change – resonate with adults while celebrating the imaginations of young people.

COVID-19 safety: The Neo-Futurist Theater requires masking during all performances.

Brandon Cloyd joined PlayMakers Laboratory in 2007 and has been deeply involved in many facets of the company ever since. Prior to joining PML, Brandon graduated from Northwestern University with a Bachelor of Arts in Theatre and a minor in Business Institutions. Within PML, Brandon has served as an actor, teaching artist, lead teacher, a member of Teacher Corps, as well as directing shows for schools and public performances of That's Weird, Grandma. Before becoming the company’s Artistic Director in September 2017, Brandon served as PML After-School Program Coordinator at Loyola Park from 2014-2016 and Program Director from 2016-2017. Outside of PML, he worked as the Associate Director of Camp Echo, where he has spent 13 summers managing campers and staff at a co-ed sleep away camp in Upstate New York. Brandon has worked with other theatre companies including Urban Theatre Company, American Theater Company, Filament Theatre, InGen Productions, ACLE's Teatrino in Italy and Purple Crayon Players at Northwestern University. Brandon is a former board member for the League of Chicago Theatres.