A veteran with more than 120 MLS appearances, Azira, 32, joined the Fire during the summer transfer window on Aug. 7, 2019. He made his debut for the Club on Aug. 14, when he started and played 90 minutes against the Portland Timbers. Overall, he made four appearances (two starts) for the Fire during the final stretch of the season. Next year will mark his seventh MLS campaign.

A Fire Academy product, Gutjahr, 22, was signed as the 11th Homegrown Player in Club history on Jan. 22, 2019. In his rookie season, Gutjahr played in eight games for the Men in Red, starting five consecutive matches from March 30 – April 24. He made his professional debut against the New York Red Bulls on March 30, starting and playing 90 minutes in the Club’s first win of the season. Gutjahr then recorded his first career assist in a 2-2 away draw against Toronto FC on April 6. 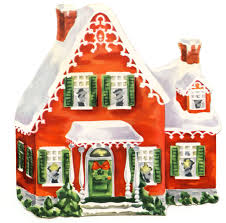 Acquired from the Philadelphia Union on Dec. 9, 2018, Herbers, 26, appeared 17 times for the Fire in 2019, including seven straight starts from June 22 – July 20. He scored three goals and recorded one assist in his first campaign with Chicago. The 2020 season will mark Herbers’ fifth year in MLS.

Chicago currently has 14 players under contract for the 2020 campaign.