The renowned Chicago Youth Symphony Orchestras (CYSO), consisting of some of the most talented and dedicated young musicians from across the Midwest region, today announced programming for its Fall Symphony Orchestra Concert on November 17. The concert will feature the Chicago premiere of Transcend by composer Zhou Tian to commemorate the 150th anniversary of the completion of the Transcontinental Railroad. Commissioned by CYSO in partnership with 12 professional orchestras, Transcend will be performed at Symphony Center’s Orchestra Hall (220 S. Michigan Ave) beginning at 6:30 p.m. 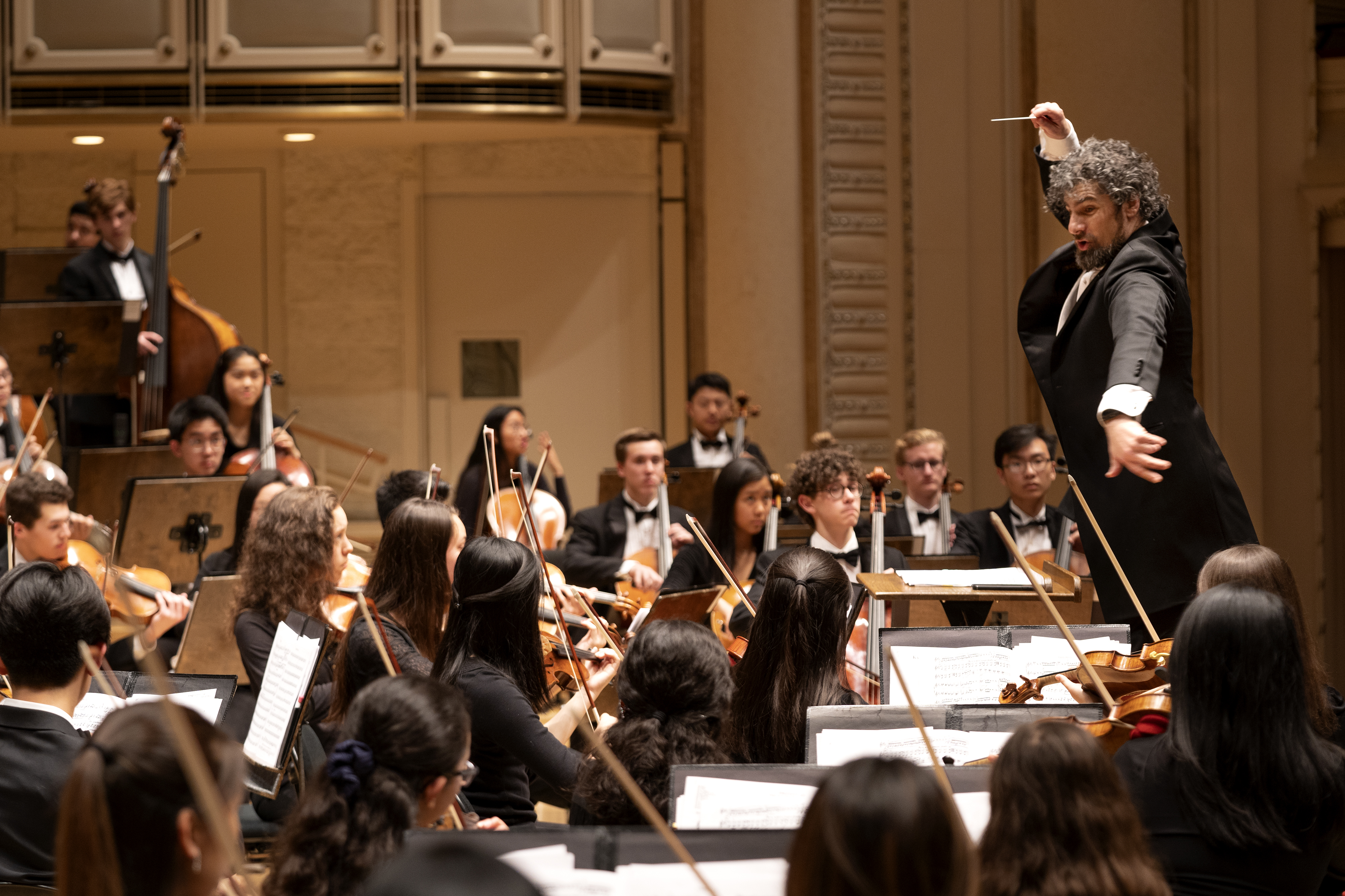 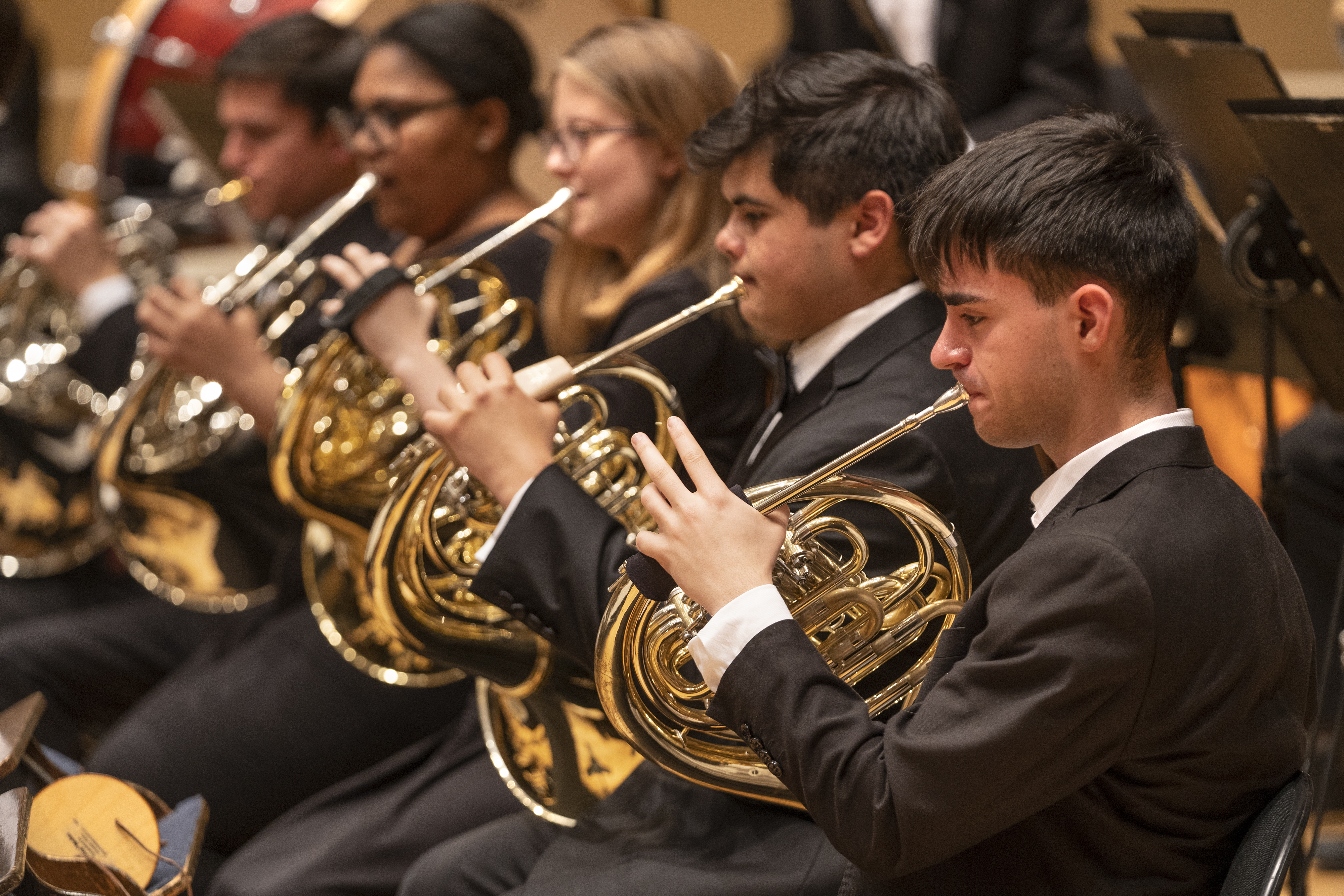 Zhou Tian is a Grammy-nominated Chinese-American composer who seeks inspiration through culture. To write this piece, he spoke with the last known Chinese laborer who helped build the railroad, among family members related to other late laborers, to tell the story of Chinese-American oppression during that time. Although the railroad was a great technological feat for the country’s expansion to the West, Chinese immigrant laborers—who made up the majority of the workforce working west to east—faced unequal pay and poor working conditions, which led to the largest labor action strike in the country at that time. For CYSO’s 125-member Symphony Orchestra, with many musicians of Asian descent, this is a powerful work for the young musicians to perform for the first time in Chicago.

Reviewing for the Spring 2019 world premiere of Transcend, performed by the Reno Philharmonic, The Wall Street Journal wrote, “Works like…Mr. Zhou’s orchestral piece accomplish two important things: they remind us of how we got from there to here, and they refine that history by paying belated tribute to contributors who might otherwise be forgotten.”

Of the 13 American orchestras participating in the commission, CYSO is the only youth orchestra performing the piece. “Given the current ubiquity of immigration as a topic, Transcend tells an important, timely story,” said CYSO’s Music Director Allen Tinkham. “As the only youth orchestra to participate in this commission, we feel privileged to be able to explore these issues with our young musicians through such a demanding and evocative piece of music.”

Maestro Tinkham is the 2019 recipient of the Illinois Council of Orchestras’ Conductor of the Year Award and will be conducting the November 17 concert. In 2018, Tinkham led CYSO’s Symphony Orchestra to acclaim as a featured performer at the League of American Orchestras national conference and the Illinois Music Education Conference (IMEC), as well as the ensemble’s performance for Edgard Varèse’s Ameriques, the first ever by a youth orchestra at Orchestra Hall. Tinkham also conducted the album Winged Creatures with Anthony and Demarre McGill and CYSO’s Symphony Orchestra, released in June on Cedille Records.

The complete program for CYSO’s November 17 concert will be as follows:

About the Chicago Youth Symphony Orchestras

Chicago Youth Symphony Orchestras is investing in the future of music and the next generation of leaders. CYSO provides music education to more than 650 young musicians ages 6-18 through full and string orchestras, jazz, steel, chamber music, masterclasses, and music composition. Students learn from Chicago’s most respected professional musicians, perform in the world’s great concert halls, and gain skills necessary for a successful future. CYSO Community Engagement Programs support music training and access for more than 8,500 young people each year. We work with youth in diverse Chicago neighborhoods through after-school ensembles and our Ambassadors Program, which brings student musicians into CPS elementary schools to perform interactive concerts. CYSO orchestras also present free community and education concerts throughout the season.

CYSO alumni go on to play in the world’s finest orchestras and ensembles, and are also found working as doctors, lawyers, teachers, community leaders, and business professionals. Whether or not students continue music study after graduation, they leave with increased self-confidence, a strong sense of discipline, and a deep appreciation for music and the arts. Find out more at www.cyso.org