The sales will offer a strong selection of paintings, drawings, photographs, prints and sculptures including highlights from the Estate of Billie Ross, Estate of Charles S. Ackerman, the Boca Raton Museum of Art, the Collection of George M. Irwin and the Collection of Virginia John. Both sales will be open for public viewing from September 19 – 25 in the Chicago gallery space (1338 W. Lake St). 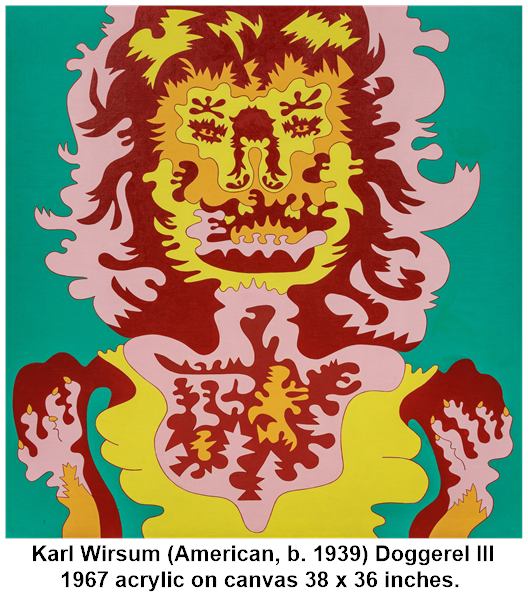 Hindman will present 120 premier examples of Post War and Contemporary Art on September 26 at 10 a.m. CST. The sale is particularly well represented with works by artists from the Hairy Who?, Chicago Imagists and Monster Roster with highlights by Jim Nutt, Karl Wirsum, Gladys Nilsson, Art Green, Ed Paschke and Leon Golub. Jim Nutt’s Plume from 1989 is estimated at $200,000-400,000 and will be a rare opportunity for collectors to acquire an early work from his period of portraits that emerged as his preferred painting product in the 90s and has held a continued place in his practice. These stylized and detailed fantastically imagined women were influenced by the formal constructs of Renaissance portraiture, balancing between the beautiful and grotesque and exemplifying an artist who has mastered his craft. Two paintings from Karl Wirsum’s seminal Doggerel series of vibrant and hard edged anthropomorphic dogs will be reunited for the first time since the late 60s. Coming to market from two different collections, the works were originally purchased from a group exhibition at Dell Gallery in 1966 and the second Hairy Who? exhibition at the Hyde Park Art Center in 1967 respectively and have remained with the buying parties since.

The catalog for the September 26 auction is available now at https://hindmanauctions.com/auctions/post-war-and-contemporary-694?utm_campaign=website&utm_source=sendgrid.com&utm_medium=email 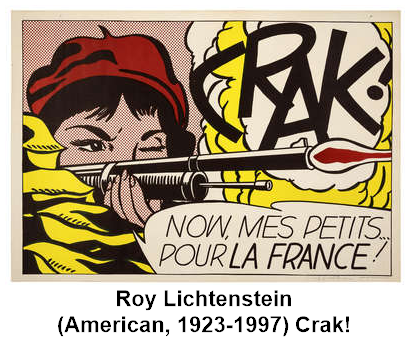 The Prints & Multiples sale will take place on September 26 at 2 p.m. CST, featuring strong sessions of works by Abstract Expressionist, Regionalist and Modern Artists. The highlight of the sale, Quatre Lithographies by Willem De Kooning, estimated at $80,000-120,000, hails from a private Midwest collection and rarely comes to market as a complete portfolio. This portfolio, together with multiple works by both Helen Frankenthaler and Robert Motherwell will round out the strong Abstract Expressionist session. Also rarely seen as a complete set and with its original gray fabric covered box, the sale will include Ten from Leo Castelli, released in 1968 for the 10th anniversary of the eponymous Leo Castelli Gallery. It includes work by Andy Warhol, Roy Lichtenstein, Jasper Johns, Robert Rauschenberg, Frank Stella and other artists represented by Leo Castelli. The Modern Print session will include the meticulously cared for collection of Terrance Dimoff featuring 16 Alexander Calder lithographs acquired directly from the publisher close to the time of publication. Not typically seen in such exceptional condition, these colorful lithographs represent a rare market moment for the printed works of Calder. The auction will also include Property from The Western Union Company, Property of the Dewar Family of Leawood, KS and Property from the Collection of George M. Irwin, Quincy, Illinois among others.

The catalog for the September 26 auction is available now at https://hindmanauctions.com/auctions/fine-prints-695?utm_campaign=website&utm_source=sendgrid.com&utm_medium=email

Hindman conducts over 100 auctions annually and appraises thousands of objects throughout the year in addition to handling major single-owner collections. The firm is currently accepting consignments for fall and winter sales. To contact Hindman’s Chicago headquarters, visit www.hindmanauctions.com or call 312.280.1212.

Hindman is one of the nation’s leading fine art auction houses connecting cities nationwide to the global art market and providing expertise across all categories, sales channels and price points. Hindman operates more salerooms in the United States than any other auction house and conducts over 100 auctions a year in categories such as fine jewelry and timepieces, contemporary art, 20th century design, rare books and manuscripts, furniture, decorative arts, couture, Asian works of art, Arts of the American west, numismatics, and more. Hindman was formed through the acquisition of two premier auction houses, Leslie Hindman Auctioneers (est.1982) and Cowan’s Auctions (est. 1995). Headquartered in Chicago, Hindman is home to 150 employees, with additional offices in Atlanta, Cincinnati, Cleveland, Denver, Milwaukee, Naples, Palm Beach, Scottsdale and St. Louis. Visit www.hindmanauctions.com for more information.