Each year, Indiana's Governor addresses both houses of the state legislature, the state's Supreme Court Justices, and other state leaders at the beginning of the legislative session in the State of the State Address.  The address provides an opportunity for the Governor to report on the status of the state's affairs, highlight key accomplishments of the past year, and outline key priorities for the year to come. 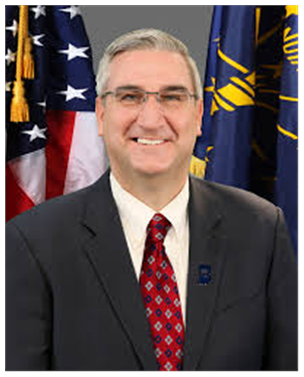 Later in January, Lakeshore will also broadcast the State of the Judiciary Address which is a constitutionally mandated address given each year by the Chief Justice of Indiana to brief the General Assembly and administration on the state of the Indiana court system.  Chief Justice Loretta Rush will give the address on Wednesday, January 16 from the house chamber at the statehouse.

“Lakeshore strives to bring programming and outreach events that engage our audience – especially those in Northwest Indiana – where we were created to serve,” said James A. Muhammad, President and CEO of Lakeshore Public Media.   “With the new year upon us, this is a great opportunity to educate viewers and listeners as to what is going on with our state government.”

Indiana Public Broadcasting Stations (IPBS) will air the address either live or on tape delay across the state.  IPBS is a not-for-profit association of 17 public TV and radio stations which serve the state of Indiana. Together they provide engaging, educational and informational programming for Indiana citizens.