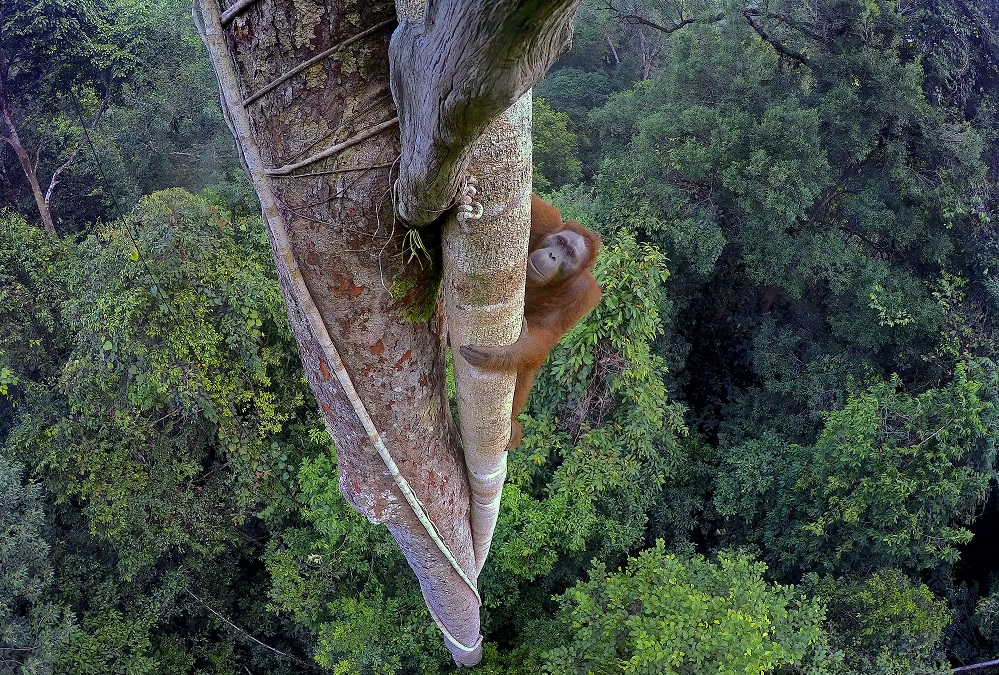 In “Adventures Among Orangutans,” Knott and Laman, a husband-and-wife-team, share stories from their 25 years of observing the great apes, an intelligent, resourceful, and endangered species that shares 97% of its DNA with humans. Knott and Laman have made it their mission to dedicate their lives to the orangutans of Borneo’s Gunung Palung National Park. Along with their children, the couple works to reveal the myriad threats that the animals face in their rainforest homes – from deforestation to poaching – and to spread awareness and knowledge about orangutans.

“I learn something new about the world at every National Geographic Live speaker event,” says Rich Regan, Auditorium Theatre CEO. “We are all looking forward to hear what Tim Laman and Cheryl Knott have to share with us about their important work with orangutans.”

Tim Laman spent his childhood in Japan, where his interest in exploring remote corners of the world in pursuit of stories, photographs, and scientific data was initially sparked. He first visited the rainforests of Borneo in 1987, and has since focused on the Asia-Pacific region in both his photography and his scientific research. Laman is a regular contributor to National Geographic and has published 21 articles in the magazine to date.

Cheryl Knott, a professor at Boston University and an emerging explorer, focuses her research on orangutan behavior and biology both as a way to further our understanding of endangered great apes and to provide clues to human evolutionary history. She has received seven grants from the National Geographic Society since 1994. Knott is the Executive Director of the Gunung Palung Orangutan Conservation Program, which aims to protect endangered species and their rainforest habitats.

Each National Geographic Live speaker event is approximately 70 minutes long, followed by a Q&A with the speakers. 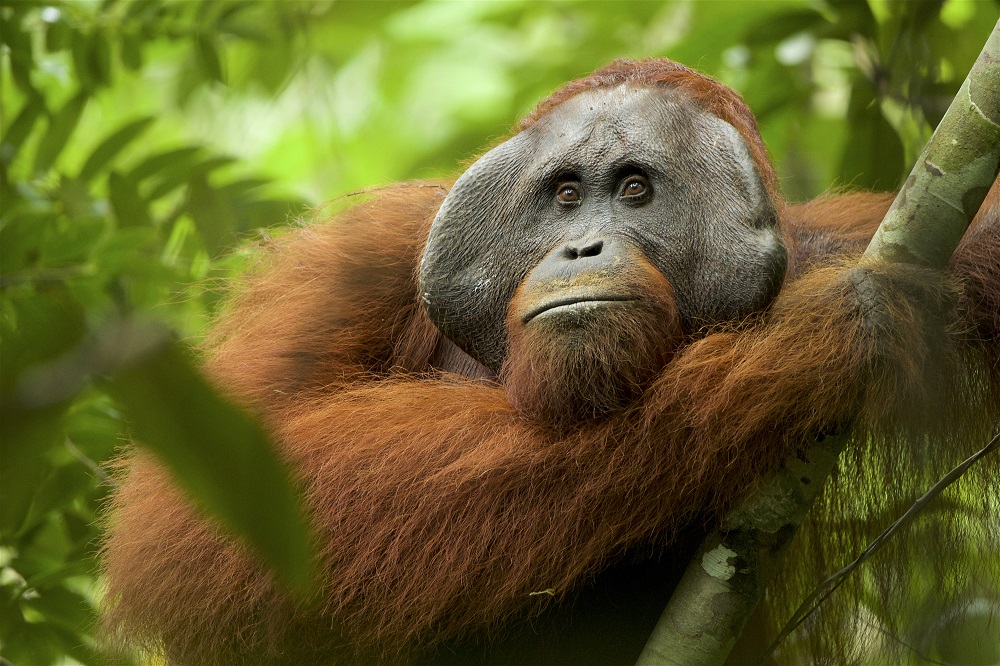 Tickets are $42 and $54 and are available online at AuditoriumTheatre.org, by phone at 312.341.2300, or in person at the Auditorium Theatre Box Office (50 E Ida B Wells Dr). "Adventures Among Orangutans” is part of the Auditorium Theatre’s National Geographic Live Speaker Series, which offers a 20% discount on tickets and also includes On the Trail of Big Cats and Ocean Soul. A family pack is available for a 10% discount (for 4-5 people) or 15% (for 6-9 people); discount automatically applies at checkout. Discounted tickets are also available for groups of 10 or more people.

Upcoming Events at the Auditorium Theatre

February 12-23: The Joffrey Ballet – The Times Are Racing

February 28: Trivia Night: A Fundraiser for Hearts to Art

The Auditorium Theatre, located at 50 E Ida B Wells Dr at Roosevelt University in Chicago, is an Illinois, not-for-profit organization committed to presenting the finest in international, cultural, community, and educational programming to all of Chicago and beyond as The Theatre for the People. The organization also is committed to the continued restoration and preservation of the National Historic Landmark.

The Auditorium Theatre 2019-20 Season is made possible in part with support from the John D. and Catherine T. MacArthur Foundation, the Illinois Arts Council, and the Palmer House, a Hilton Hotel. Chicago Magazine is the official magazine sponsor. For more information about programming, volunteer, and donor opportunities or theatre tours, please call 312.341.2310 or visit AuditoriumTheatre.org. For a complete listing of events at the Auditorium Theatre, please click here.