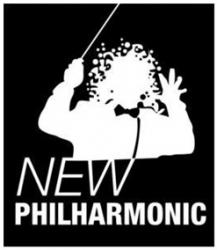 New Philharmonic, the professional orchestra in residence at the McAninch Arts Center (MAC), opens 2021 with “A Night of Broadway and Opera” premiering 7:30 p.m., Saturday, Jan. 23. The concert, conducted by Maestro Kirk Muspratt and pre-recorded outside this past October at the MAC’s Lakeside Pavilion, will feature four acclaimed guest artists performing works from some of the best-loved Broadway musicals and operas. “A Night of Broadway and Opera” will continue to be available on demand through Feb. 28.

“The program begins with some of the most popular and loved opera tunes of the late 19th century,” says Maestro Muspratt. “We then work our way into the early 20th century with operetta, the genre that eventually became our American musicals, and end up on ‘The Great White Way’ of Broadway with fantastic music of Richard Rogers, Marvin Hamlisch and Andrew Lloyd Webber.”

Joining New Philharmonic for “A Night of Broadway and Opera” are guest artists Alisa Jordheim (soprano), Kate Tombaugh (mezzo-soprano), Jesse Donner (tenor) and Bill McMurray (bass/baritone). The first half of the program will feature selections from Bizet’s “Carmen,” Puccini’s “Gianni Schicchi” and “La Boheme,” Saint-Saëns’ “Samson and Delila,” Lehar’s “Merry Widow” and Herbert’s “Mlle. Modiste.” The second half will include works from Berlin’s “This is the Army,” Rogers and Hart’s “Allegro,” Herman’s “Hello Dolly,” “I Have a Dream” from Schönberg’s “Les Misérables,” Webber’s “Phantom of the Opera” and “Sunset Boulevard,” and Hamlisch’s “The Way We Were” and “A Chorus Line.” This concert is presented with the support of an anonymous Soloist Sponsor.

New Philharmonic season concerts for spring 2021 include “Rachmaninoff Piano Concertos,” featuring Rachmaninoff’s Piano Concertos No. 1, No. 2 and 3, performed by guest pianist Wael Farouk; and “A Salute to Frida,” a concert celebrating the Hispanic heritage of Frida Kahlo. Both spring concerts will be pre-recorded for streaming beginning at 7:30 p.m., Saturday, April 17 and Saturday, May 15 respectively. Both will then be available to view on demand from their premiere date through June 15, 2021.

Due to popular demand, New Philharmonic is happy to announce they are making their season opener, “The Music of John Williams,” available on demand now through Feb. 28. With a cinematic career spanning more than six decades and honors including 24 Grammy Awards, five Academy Awards and four Golden Globe Awards, Williams is regarded as one of the greatest American composers of his time. This pre-recorded concert, originally streamed Oct. 23, includes selections of his music from popular films “ET: The Extra-Terrestrial,” “Close Encounters of the Third Kind” and “Jaws;” as well as music from the Harry Potter, Superman and Star Wars series. This concert is sponsored by the JCS Fund of the DuPage Foundation.

By popular demand, New Philharmonic is making “The Music of John Williams” on demand beginning 7:30 p.m. now through Feb. 28. Tickets are $40 per household. For tickets or more information visit www.AtTheMAC.org, email themac@cod.edu or call 630.942.4000.

New Philharmonic, the only professional orchestra based in DuPage County, Ill., has inspired classical music enthusiasts in Chicago and the suburbs for more than 40 years. It continues to thrive with the goal to give innovative treatment to both classic compositions and modern works while striving to make the music accessible to new audiences and youth through a variety of educational efforts. Today, under the direction of Kirk Muspratt, named 2018 Conductor of the Year (Professional Orchestra) by Illinois Council of Orchestras, New Philharmonic consists of more than 60 professional musicians and performs more than a dozen concerts a year, reaching more than 7,500 from the greater Chicago area annually. New Philharmonic was recently honored with the Illinois Council of Orchestras’ 2020 ICO Award in the category Programming of the Year.

McAninch Arts Center (MAC) at College of DuPage is located 25 miles west of Chicago near I-88 and I-355 at 425 Fawell Blvd. It houses three indoor performance spaces (the 780-seat proscenium Belushi Performance Hall; the 236-seat soft-thrust Playhouse Theatre; and the versatile black box Studio Theatre), an outdoor venue, the Lakeside Pavilion, plus the Cleve Carney Museum of Art and classrooms for the college’s academic programming. The MAC has presented theater, music, dance and visual art to more than 2 million people since its opening in 1986 and typically welcomes more than 100,000 patrons from the greater Chicago area to more than 230 performances each season.

The mission of the MAC is to foster enlightened educational and performance opportunities, which encourage artistic expression, establish a lasting relationship between people and art, and enrich the cultural vitality of the community. For more information about the MAC, visit www.AtTheMAC.org, www.facebook.com/AtTheMAC or twitter.com/AtTheMAC.

Support for New Philharmonic is provided in part by the JCS Fund of the DuPage Foundation; Sullivan Taylor, Gumina & Palmer, P.C.; the Illinois Arts Council, a state agency; WFMT 98.7 FM, WDCB 90.9 FM and the College of DuPage Foundation.

Established as a 501(c)(3) not-for-profit charitable organization in 1967, the College of DuPage Foundation raises monetary and in-kind gifts to increase access to education and to enhance cultural opportunities for the surrounding community. For more information about the College of DuPage Foundation, visit www.foundation.cod.edu or call 630.942.2462.

“A Night of Broadway and Opera”

Jordheim (soprano) was most recently seen by MAC audiences in New Philharmonic’s production of “The Merry Widow.” Other New Philharmonic credits include featured guest artist in New Philharmonic’s 2017, 2018 and 2020 New Year’s Eve concerts and “The Best of Broadway: Rodgers & Hammerstein and Andrew Lloyd Webber” program; and the role of Yum-Yum in the New Philharmonic’s 2017 production of Gilbert and Sullivan’s “The Mikado.” Other opera credits include the role of Clotilde in Pacini's “Maria, regina d'Inghilterra” with Odyssey Opera; Soeur Constance in Poulenc’s “Dialogues des Carmélites” at the Caramoor International Music Festival and Ninetta in “La gazza ladra” with Teatro Nuovo. Honors and awards include a 2016 Sullivan Foundation Award and 2015 Sullivan Foundation Career Development Grant; winner of the 2015 Bel Canto Regional Artists Competition; winner of the Edith Newfield Scholarship in the 2013 Musicians Club of Women Music Scholarship Competition in Chicago and 2018 pick for Fred Plotkin's "40 under 40: A New Generation of Superb Opera Singers" on New York Public Radio’s WQXR-FM.

Tombaugh (mezzo-soprano) has been featured as a guest artist in New Philharmonic’s “Ode to Joy,” “Show Boat and Show Tunes,” “The Best of Broadway: Rodgers and Hammerstein and Andrew Lloyd Webber" and “Holiday Sing-Along with the Symphony” concerts. She has performed with opera companies and symphonies throughout the U.S. Her title roles include Handel’s “Ariodante,” Massenet’s “Cinderella” and Rossini’s “La Cenerentola.” She has also performed as Annie Oakley in Berlin’s “Annie, Get Your Gun” and Mad Margaret in Gilbert and Sullivan’s “Ruddigore.” Honors include performing as a soloist at Carnegie Hall upon winning the Barry Alexander International Vocal Competition and receiving the “Grace Keagy Award” by NYC-based Kurt Weill Foundation.

McMurray (baritone) has more than 30 operatic roles to his credit. He has performed several times with the Lyric Opera of Chicago’s “Opera in the Neighborhoods,” and, in 2013, sang the lead role in the Chicago premiere of “Der Kaisser von Atlantis” at the Jay Pritzker Pavilion with the New Millennium Orchestra. Awards and honors include a first place in the National Association Teachers of Singing competition and, in 2008, he was one of eight singers selected to the Winners Circle of The Classical Music Vocal Competition held in Chicago. McMurray sings regularly with the Chicago Symphony Orchestra and Chorus where has been a featured soloist. MAC audiences have enjoyed his performances as guest artist in New Philharmonic’s “An Evening of Gershwin” and “Showboat and Showtunes” concerts.

Donner (tenor) has been featured in New Philharmonic’s productions of “the Merry Widow,” “Die Fledermaus,” Holiday Sing-Along with the Symphony” and New Year’s Eve 2016 and 2020 concerts. Other credits include his debut as Rodolfo in Union Avenue Opera’s production of Puccini’s “La Boheme,” and his concert debut with the New Jersey Festival Orchestra, Toledo Opera’s Fall Gala Concert, featured soloist for Chicago Philharmonic’s “Concert for Peace.” Donner was a resident artist at Lyric Opera of Chicago from 2014-2017. Other honors and awards include the 2015 Luminarts Fellowship and the Bel Canto grand prize, the 2014 George Shirley Award for Opera Performance, a special encouragement award from the 2014 Metropolitan Opera National Council Regional Auditions, and 1st place in the 2012 Michigan Friends of Opera Competition.