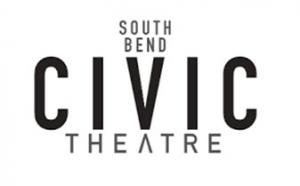 Earlier this year six residents from the IDOC (Indiana Department of Corrections) Reentry Center earned a role in the play and were also an integral part of the marching Marine Corps. These same men, along with a few others, were also donating their time and skills to building sets for our numerous productions.  As "A Few Good Men" was wrapping up, several of the Reentry residents asked "What are we doing next?" One gentleman, Antronne Crocket, said "‘I have a short story I want to share with you."

"Heartless" is a short story of isolation, yet one of ultimate redemption as well. A baby has an omnipotent understanding; his life is day to day...he sees each day of his life as a blessing and counts in ascending order. Each of the actual men represented in our play have traveled long and far. Each is on his final step to being released-reentered into the real world; they count days (of course) in descending order. It soon occurred to us we could weave these two parallel worlds together and use the heartfelt story of the baby to illustrate the profound journey of these men.

“Heartless” will be performed as a staged reading, September 21 at 2pm in The Warner Studio Theatre,

"Heartless" is a "PAY WHAT YOU CAN" event.