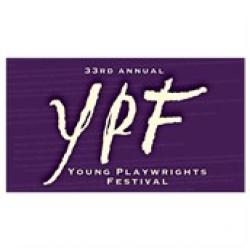 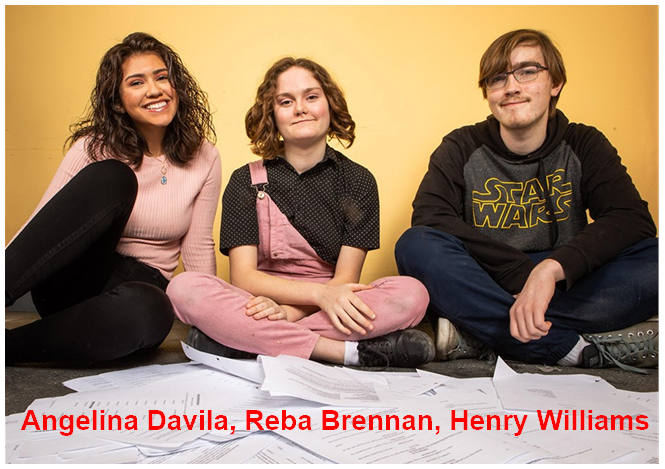 The three winners were chosen from more than 500 submissions.  In addition to winning a city-wide competition, they went through the workshop process to refine their plays.  After rewrites to add staging and lighting tips, they worked with professional directors and actors to stage their work.  If all that isn’t enough, Pegasus Artistic Director, Ilesa Duncan, presented all three playwrights (who were in the audience on opening night) with a commemorative plaque and a cash award.  Students named Honorable Mention and Runner-up also received plaques. 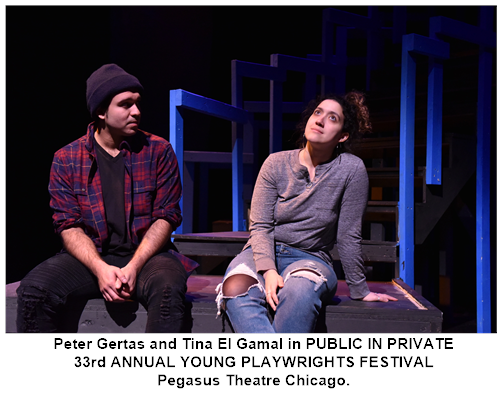 Lucie, who has a chance to get into art school, is trying to get her portfolio together and prepare her audition speech.  She’s pretty much on her own when it comes to achieving that dream, however.  She spends a lot of time trying to keep her younger brother out of trouble at school and at home.  Their mother is too busy drinking to care about what Lucie wants. 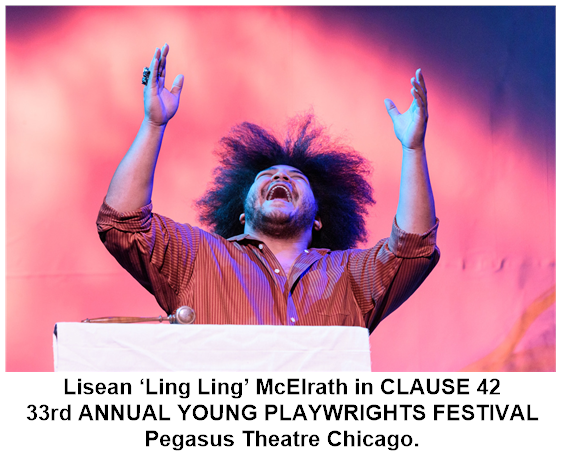 Suddenly, George finds himself in a really weird place surrounded by really weird people who tell him he’s dead.  And because he’s an atheist, his place in the afterlife has been determined by the religious belief of his closest relative with religion.  That turns out to be a sort of cousin, who turns out to a member of a cult, and now he’s going to be judged by their ridiculous rules. 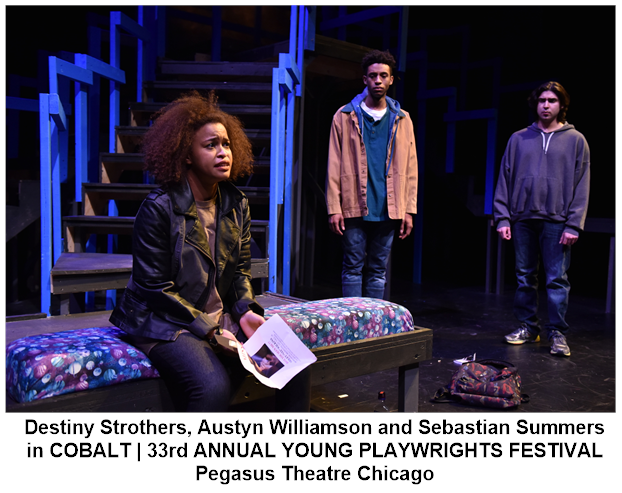 After a screaming argument with her mother, Vee slams out of the house.  Thinking her mother doesn’t care, Vee crashes on a friend’s couch.  When another guy shows up to sleep on the floor, Vee tolerates him until he tells her that her mother put up flyers all over the neighborhood, and she should go home.  When she complains about her mother, her friend tells her about the abuse the other guy went through.  Vee finally  learns that her life with her mother wasn’t so bad after all.

By the way, Duncan mentioned that this is the first time the festival has been staged in Columbia’s brand new theater, but Duncan (and this reviewer) hopes it won’t be the last.

The 32nd Young Playwrights Festival runs through January 25th at The Courtyard Theatre in The Getz Theater Center at Columbia College Chicago, 72 E. 11th Street, Chicago (directly across from the Best Western).  Best parking option, the SP+ lot at 901 S. Wabash Ave (corner of 9th & Wabash), $8 with SpotHero.  Running time is just under two hours with an intermission.  Performances are Thursdays and Fridays at 7:30 pm and Saturdays at 2:00 pm.  Tickets range from $18-$30.  FYI (773) 878-8864 or www.pegasustheatrechicago.org.

Note: Group performances are available Wednesdays at 7:30 pm and weekday matinee performances Tuesday through Friday at 10:00 am.  Contact the box office for group matinee and school performance availability.