AACM commemorates Black Lawmen and Outlaws of the Old West 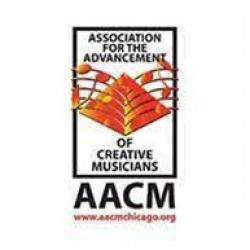 The Association for the Advancement of Creative Musicians (AACM) is an agent for change. The AACM is celebrating their 55th anniversary this year, and is finding ways to perform and share their art despite pandemic-related restrictions. On October 31st at 1:30 p.m. Central Time and again at 7:30 p.m. Central Time, the AACM will premiere, on Eventbrite via their Facebook page, special music as part of a visual presentation titled 'Black Stars and the Lawless ones.’

The project's aim is to shine a spotlight on Black lawmen and outlaws of the Old West. The music will be part of a 30-minute commemorative film by noted filmmaker Jonathan Woods. The project features stunning visual offerings enhanced by text from AACM percussionist and award-winning Old West author Art Burton, creator of such books as Black Gun and Silver Star, and incorporates animation, historic photos, text montages, and other elements that will be a part of a virtual anniversary celebration and fundraising event. Funds raised through this event will support the mission and vision of AACM ensuring it continues to thrive for decades to come.

The AACM, the Great Black Music Ensemble (GBME) features some of Chicago’s most visionary artists of improvisation and creative music. An inter-generational ensemble ranging in size from three to thirty musicians, the GBME carries on the legacy of Chicago’s South Side creative music by expressing the excitement of new sounds and rhythms while invigorating the traditions of Black music including funk, reggae, bebop, swing, and African and Caribbean styles. The AACM has achieved international recognition for its contributions to modern music. AACM groups have performed in Moscow, Japan, Europe, Africa, and the USA. Members have composed for television and film and are continuous recipients grants and commissions to compose music for solo instrument, small ensemble, and full orchestra. Some of the awards and recognition include Pulitzer Finalists, MacArthur Genius Grants, Doris Duke Artist award, National Endowment for the Arts Jazz Masters, and many.

It has been nearly a century since the Tulsa Race Massacre decimated a thriving African American community known as “Black Wall Street.” Many Americans are unaware of this tragic and terrifying moment in American History. Barney Cleaver was the first black policeman for the city of Tulsa. At the time of the Tulsa Race Massacre, Cleaver was a deputy Sheriff of the Tulsa County Sheriff’s Department. He was very involved in the happenings during that event and his property was destroyed by fire but he continued worked many years after the massacre. The erasure of this event is one of many stories of African Americans in the West including those of Black cowboys, like Cleaver largely overlooked by the history books. Today, just as a century ago, our community is still struggling for justice and equality.

To register, donate or learn more, visit www.aacm.eventbrite.com. More information on AACM can be found at www.aacmchicago.org.

A non-profit organization chartered by the State of Illinois, the AACM is a collective of musicians and composers dedicated to nurturing, performing, and recording serious, original music. This collective of dynamic and visionary artists formed the AACM to meet their emergent needs to expose and showcase their original compositions and to create an outlet for the development and performance of their music.