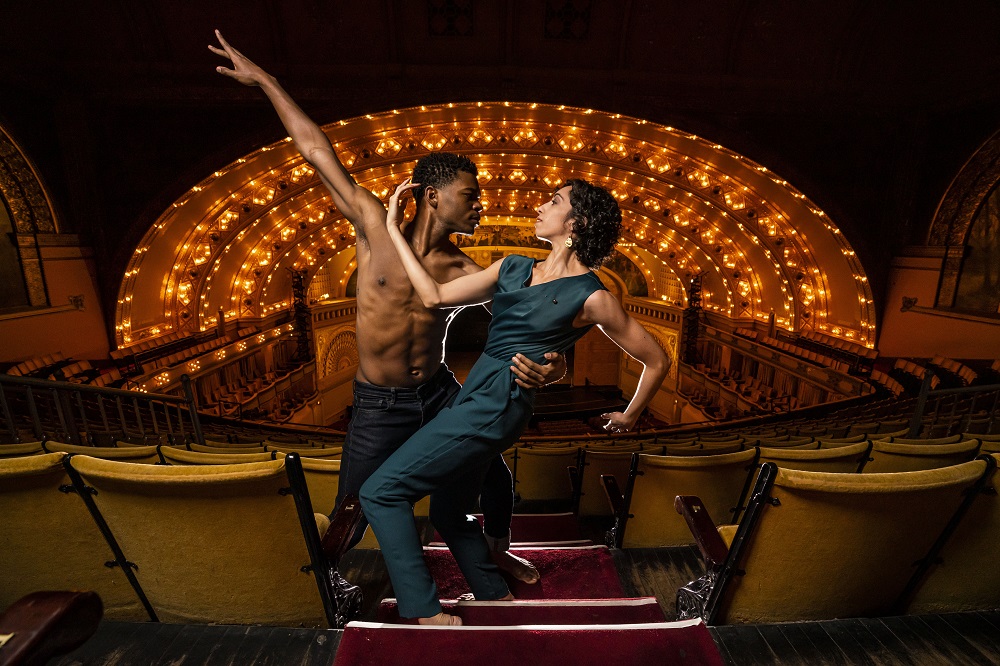 “The Auditorium Theatre is proud to have this world-class dance company as one of its Visiting Resident Companies for over 50 years, and our 130th anniversary season would not be complete without them,” says Rich Regan, Auditorium Theatre CEO. “I still remember my first time seeing Revelations, which moved me in a way that I had never before experienced while watching dance. It is an honor to present Ailey every year and to share this legendary company with the city of Chicago.”

Ahead of the March performances, Ailey offers its Ailey Experience workshops at the Auditorium Theatre’s Katten-Landau Studio (425 S Wabash) on February 1 and 2. Presented by Ailey Extension – which is now celebrating 15 years of fulfilling Alvin Ailey’s life-long commitment of bringing dance to everyone by offering “real classes for real people” – Ailey Experience workshops are open to children and adults at all experience levels. Participants will have the opportunity to study hip-hop, Chicago’s own Horton Technique, and Ailey classics. The workshops are led by Ailey Extension instructors with Chicago connections: Director of Ailey Extension and former Ailey dancer Lisa Johnson-Willingham, who also performed with Chicago’s Deeply Rooted Dance Theater and Joel Hall Dance Company and previously led dance programs at the Chicago High School for the Arts and Whitney Young Magnet High School; Martell Ruffin, a native Chicagoan who graduated from the Chicago High School for the Arts under Johnson-Willingham’s direction and a former Ailey II dancer; and Keith Alexander, a former company member of the Willingham Project and Design Dance Co. who trained in Chicago with Johnson-Willingham. For more information about the Ailey Experience and to register, visit AileyExtension.com.

All programs conclude with company founder Alvin Ailey’s masterpiece Revelations, which premiered in 1960 and has been the company’s signature work for six decades. Revelations is an intimate reflection inspired by Ailey’s own childhood memories of attending services at Mount Olive Baptist Church in Texas and by the work of writers James Baldwin and Langston Hughes.

Program A (March 4 @ 7:30PM and March 7 @ 2PM) features the Chicago premiere of internationally-renowned choreographer Aszure Barton’s BUSK, an intricate ensemble work that invites audience members to revel in the fragility, tenderness, and resilience that exist within the human experience. Barton is the founder of Aszure Barton & Artists and has created works for companies including English National Ballet, American Ballet Theatre, and Hubbard Street Dance Chicago. BUSK is Barton’s second work for the Ailey company, following 2013’s LIFT. Program A also includes the Midwest premiere of Jamar Roberts’ Ode, a meditation on the beauty and delicateness of life in a time of growing gun violence. Roberts, who began dancing with the Ailey company in 2002, was named Ailey’s first-ever Resident Choreographer in 2019. Ode is his second work for the company and the first in a series of three new works he is creating as Resident Choreographer.

Program B (March 5 @ 7:30PM and March 8 @ 3PM) features a new production of Ailey Artistic Director Emerita Judith Jamison’s Divining, a 1984 work that builds on dance idioms from across Africa to create a pulsating, contemporary work; and a new production of Lar Lubovitch’s 1990 piece Fandango, which entered the Ailey repertory in 1995 but hasn’t been performed by the company in over a decade. Lubovitch, a Chicago native, was the founder of the Chicago Dancing Festival and has choreographed works for The Joffrey Ballet, American Ballet Theatre, and Martha Graham Dance Company, among others. Program B also includes Jamison’s emotional, sensual duet A Case of You.

Program C (March 6 @ 7:30PM) features the Midwest premiere of Darrell Grand Moultrie’s ballet Ounce of Faith, a work for 12 dancers that celebrates the lasting impact of a teacher’s influence on a young child. Ounce of Faith is Moultrie’s first work for the Ailey company, and he has previously created works for companies including Atlanta Ballet, Milwaukee Ballet, and Ailey II, among others. The program also includes the Midwest premiere of frequent Ailey collaborator Donald Byrd’s Greenwood, a riveting work that draws from the 1921 Tulsa Race Massacre as a source and explores the story through different lenses of those who were affected.

Student Matinee (March 6 @ 11AM), a special one-hour program for Chicagoland students in grades K-12, features an excerpt from the Ounce of Faith ballet and Revelations.

This engagement is supported by the Arts Midwest Touring Fund, a program of Arts Midwest that is funded by the National Endowment for the Arts, with additional contributions from the Illinois Arts Council Agency and the Crane Group.

Sunday, March 8 @ 3PM
Program B: Divining, A Case of You / Fandango / Revelations

Tickets start at $35 and are available online here, by phone at 312.341.2300, or in person at the Auditorium Theatre Box Office (50 E Ida B Wells Dr, Chicago, IL). Alvin Ailey American Dance Theater is part of the International Dance Series subscription, which offers a 25% discount and also includes American Ballet Theatre and the Bolshoi Ballet. Discounted tickets for groups of 10 or more people are also available. 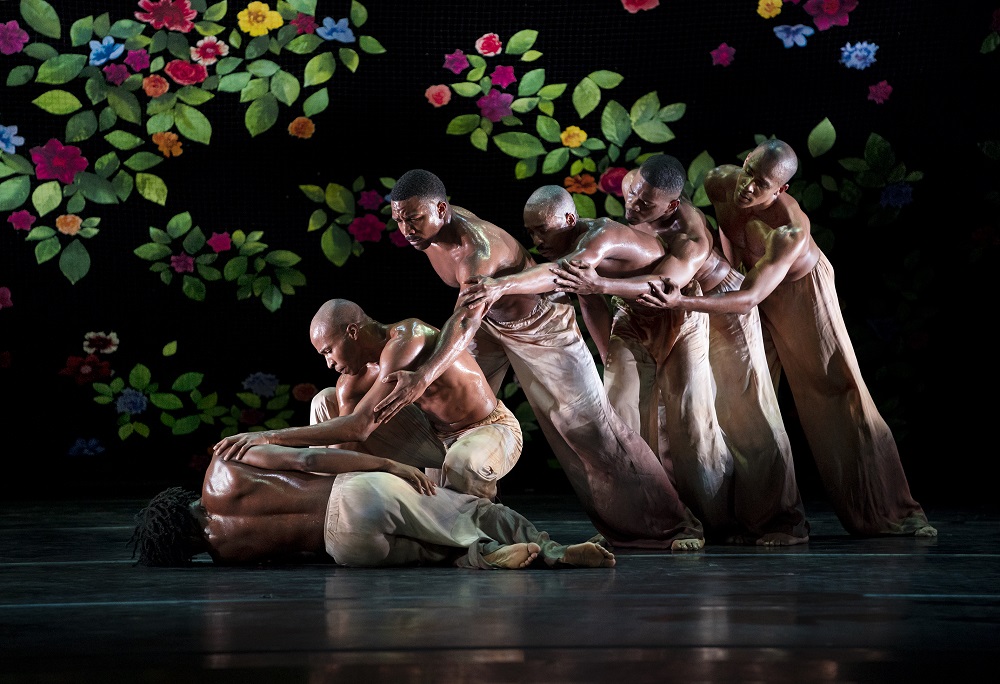 Upcoming Events at the Auditorium Theatre

January 26: National Geographic Live – On the Trail of Big Cats

February 12-23: The Joffrey Ballet – The Times Are Racing

February 28: Trivia Night: A Fundraiser for Hearts to Art

The Auditorium Theatre, located at 50 E Ida B Wells Dr at Roosevelt University in Chicago, is an Illinois, not-for-profit organization committed to presenting the finest in international, cultural, community, and educational programming to all of Chicago and beyond as The Theatre for the People. The organization also is committed to the continued restoration and preservation of the National Historic Landmark.

The Auditorium Theatre 2019-20 Season is made possible in part with support from the John D. and Catherine T. MacArthur Foundation, the Illinois Arts Council, and the Palmer House, a Hilton Hotel. Chicago Magazine is the official magazine sponsor. For more information about programming, volunteer, and donor opportunities or theatre tours, please call 312.341.2310 or visit AuditoriumTheatre.org. For a complete listing of events at the Auditorium Theatre, please click here. 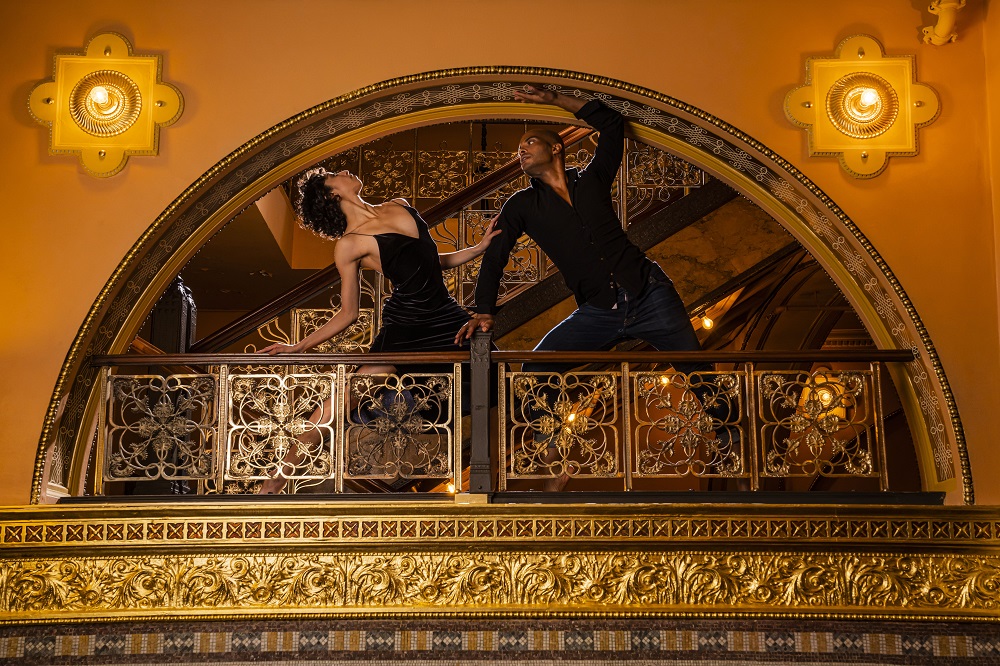