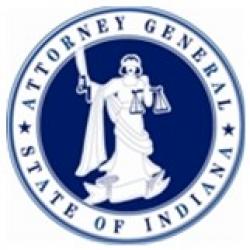 “These public servants will be tremendous assets to the office and to the people of Indiana,” said Attorney General Rokita. “All three bring a wealth of public sector experience, and I am excited to bring them into an office already full of dedicated and skilled employees.”

Michael Chopp served as Director of Human Resources for 12 years at the Office of the Indiana Attorney General under Greg Zoeller and Steve Carter before moving to the private sector in 2016. Chopp graduated from the University of Missouri with a Bachelor Arts in Political Science. He lives with his family in Carmel.

Mike Ward worked as Director of Special Investigations at the Office of the Attorney General for more than three decades. Ward graduated from Ball State University with a Bachelor’s degree in Criminal Justice and Criminology and holds a Master’s Certificate from the IUPUI School of Public and Environmental Affairs. Originally from Indianapolis, Ward now resides in Carmel.