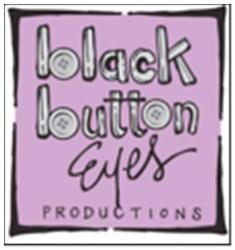 Both productions will be presented at The Edge Theater (mainstage), 5451 N. Broadway Ave. in Chicago’s Edgewater neighborhood. Tickets for Dr. Horrible ($30) go on sale Thursday, July 1, 2021 at drhorriblechicago.eventbrite.com. Tickets for Mary Rose will go on sale at a later date.

In response to the COVID-19 pandemic, all cast and crew will be fully vaccinated. Audience members will be required to be at least two weeks out from their final dose of a COVID-19 vaccine by the performance they attend – and will also be required to wear masks.

Comments Artistic Director Ed Rutherford, “While we're optimistic that rescheduling won't be necessary, we will only proceed with the productions on the current timetable if Illinois and Chicago are in phase five in time for the start of performances – otherwise we will postpone.”

Through his webcam, supervillain wannabe Dr. Horrible shares his grand plans to crush his nemesis Captain Hammer, win the affection of the girl of his dreams and join the Evil League of Evil. This authorized staged fan adaptation of the celebrated comic musical web series will benefit the Chicago charity Season of Concern.

This world premiere musical spins the tale of a haunted young woman named Mary Rose, and the mysterious supernatural connection between her, a manor house in Sussex and a misty island in the Scottish Hebrides.

Ed Rutherford’s directing credits for Black Button Eyes include Whisper House, Ghost Quartet (Jeff Nomination: Best Director of a Musical), Evil Dead the Musical (Jeff Nomination: Best Director of a Musical), his script Nightmares & Nightcaps: The Stories of John Collier, Nevermore, Shockheaded Peter, Amour, Goblin Market, and Coraline. He is an artistic associate with Promethean Theatre Ensemble, where he directed The Liar, his own adaptation of Peter S. Beagle's The Last Unicorn, Brecht’s The Caucasian Chalk Circle and the company's inaugural production, Christopher Durang’s Beyond Therapy. Directing with Brown Paper Box Co: The Baltimore Waltz. As an actor, he's performed with Drury Lane Oakbrook, Porchlight, Theater Wit and many others. A graduate of Northwestern's theater program, he also completed his MBA at Kellogg.

The 2021-22 season continues Black Button Eyes Productions' mission to bring to Chicago premieres and seldom-seen works containing elements of fantasy, in which the magical and surreal invade reality. The company was founded in 2014 with the acclaimed Midwest premiere of the musical Coraline, followed by Goblin Market, Amour, Shockheaded Peter, Nevermore-The Imaginary Life and Mysterious Death of Edgar Allan Poe, the world premiere Nightmares and Nightcaps: The Stories of John Collier, the smash hit Chicago Storefront Premiere of Evil Dead the Musical, and most recently the Chicago premieres of the musicals Ghost Quartet and Whisper House.