The Schaumburg Boomers left no doubt in winning a fourth Frontier League Championship, jumping ahead early while Kyle Arjona did the rest en route to an 10-4 win over the Washington Wild Things on the road Sunday night in the decisive fifth game to win the series 3-2 after connecting on four homers.

Schaumburg set the tone early against the Frontier League’s Pitcher of the Year, Ryan Hennen. Quincy Nieporte and Braxton Davidson tallied back-to-back hits with one out and Matt Bottcher pounded a three-run homer over the wall in right to put Schaumburg ahead 3-0. Washington scratched across a single run in the bottom of the first before Matt McGarry doubled with one out in the second, stole third and scored on a sacrifice fly from Alec Craig. Hennen lasted just two innings for Washington.

The Boomers broke the game open by hitting three homers against Daren Osby in the top of the fourth. Oddo led off with an opposite field solo homer. Craig singled and stole second with one away before scoring on a two-run blast from Nieporte over the wall in left. Davidson followed by yanking his third homer of the playoffs over the wall in right to make the score 8-1. Nieporte added to the lead by driving home two with a sacrifice fly in the eighth.

Arjona allowed three runs while walking three and striking out three in a tossing a complete game in his second appearance of the series. The right-hander retired 10 batters in a row and recorded 11 consecutive outs from the fourth into the seventh and notched 14 outs via the groundball. Arjona was selected as the MVP of the series, winning game one and game five. The Florida native, who was the opening night starter back in May, finished with a 2-0 mark in 16.2 innings. Over the playoffs, Arjona finished 3-0 in the playoffs with three quality starts, working 23.2 innings and throwing at least seven innings in each start.

Every member of the lineup reached base as the Boomers finished with 13 hits. Chase Dawson, Nieporte and Davidson, the top three hitters in the lineup, all notched two hits along with McGarry and Craig. Nieporte, the regular season Frontier League MVP, drove home four runs. The Schaumburg pitching staff worked into the eighth in four of the five games. The complete game was the second of the playoffs for the Boomers after Ryan Middendorf tossed a complete game in the third game of the division series at Florence. Washington used six different pitchers.

The Boomers hit four homers in the first four games of the series before notching four in the deciding affair. Schaumburg won four games on the road during the playoffs including back-to-back games in Washington to avoid elimination after losing game three. The Boomers won a league best 26 games on the road during the year. Schaumburg trailed at the end of just two innings in the series. The team owns a record of 5-0 all-time in elimination games and sports an overall postseason record of 24-7.

The Boomers, who won the Central Division and finished 6-3 in the playoffs, have won Frontier League Championships every time they have reached the postseason. The title marked the first since 2017. The team also won titles in 2013 and 2014. The four championships are the most in league history and the team has achieved the feat in nine seasons. Manager Jamie Bennett has been in charge for all four championships and join Mal Fichmann as the only managers in league history to win four titles. Three of the titles have been won on the road. 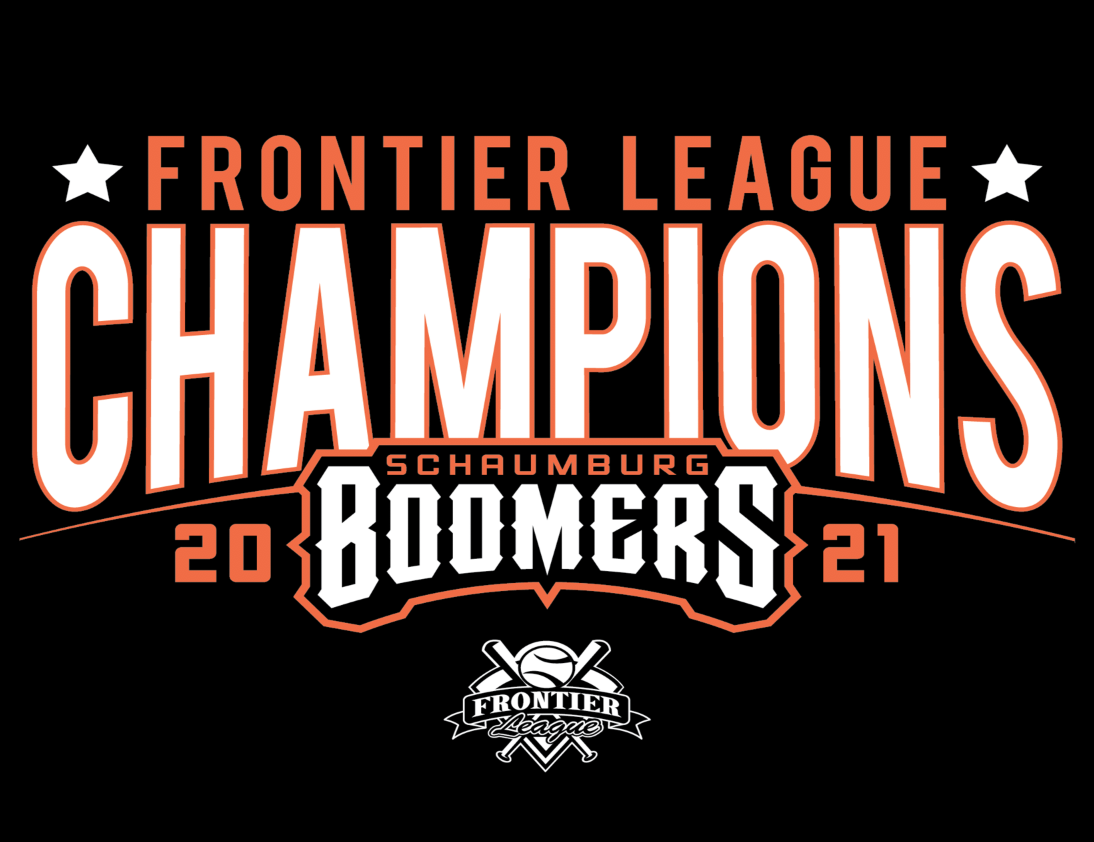