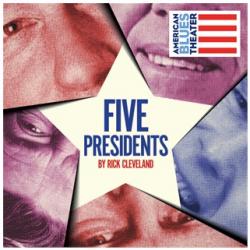 When former President Richard Nixon passed away, four living past presidents as well as the current office-holder, were asked to wait in a small conference room at the Nixon Library in California before being seated at his funeral.  “Five Presidents” takes us into the ‘green room’ to see/hear this once-in-a-lifetime conversation. 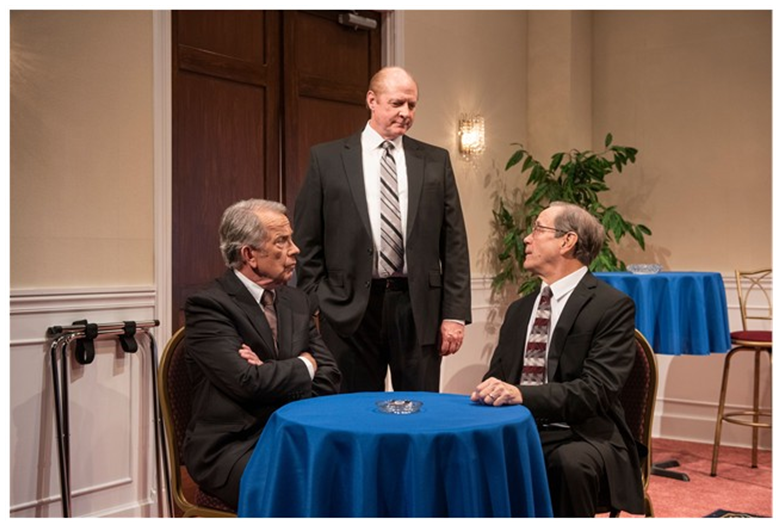 Clearly edgy and nervous, Ford asked him to mix him a drink, correcting himself and asking for a ginger ale.  When Kirby tried to leave the room, Ford tried to engage him in conversation.  When that doesn’t work, he announces that he’s not going to speak at the funeral after all.  Kirby mentioned that his name is in the program, but he said he’d made up his mind.

Next into the room was Jimmy Carter (Martin L’Herault), 39th President.  After asking Agent Kirby where Rosalind was going, he exchanged polite greetings with Ford and sat down. 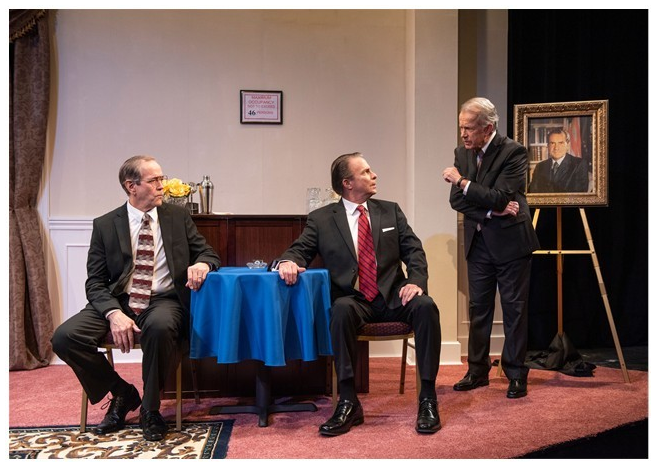 Next into the room came George H.W. Bush (John Carter Brown), 41st President.  Agent Kirby indicated that Barbara was just down the hall.  Bush immediately told Ford he needed to speak because his name was on the program.  Ford replied that he wasn’t going to do it and that was that.  They could get Kissinger to do it.  When someone suggested that Reagan could do it, Bush said that Nancy made him promise not to let him speak.

When Ronald Reagan (James Learning), 40th President, came into the room, he immediately stalked over to Nixon’s portrait and made a joke about it.  After Bush went behind the bar and started making drinks for everyone, Ford made a joke about not drinking since they put his wife’s name on a rehab center.  Then they really let down their hair, so to speak, reminiscing, swapping stories and airing grievances. 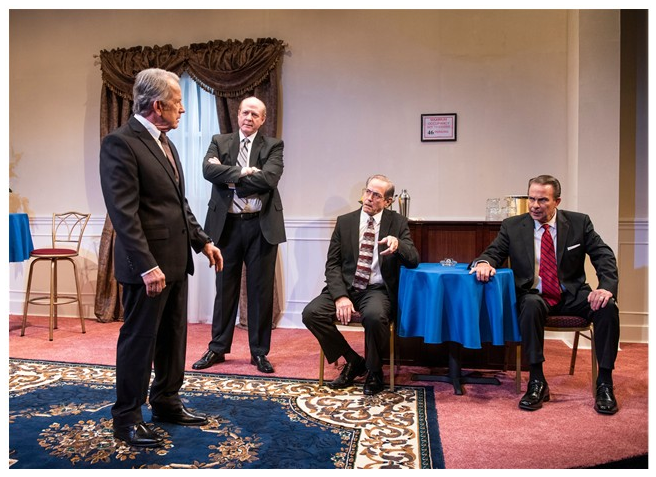 Finally, Bill Clinton (Stephen Spencer), 42nd President – and the ‘new guy’ to the other four, joined them.   More drinks were poured, more stories swapped.  As Clinton was looking at his notes for his eulogy, he asked about Ford’s speech so he wouldn’t duplicate anything.  Ford said he wasn’t going to do it, the world had criticized him enough for pardoning Nixon, and he wasn’t going to take any more.  When Reagan volunteered to do it, Bush told him he’d do it, or Carter would.  Reagan asked if Nancy put him up to it.  Bush said she was worried about him.  Reagan said he was just fine, in fact, he was thinking of doing another movie.  Said he’d talked to Lefty about it just the other day.  Bush confronted him explaining that Lefty had died two years earlier.  Reagan said he’d been forgetting things, so Nancy worried, but really, he was fine.

I’ve probably told you more than you wanted to hear about this gripping drama, but it was so fascinating I wanted to share things.  I mentioned earlier that presidents all referred to each other by their numbers.  Clinton was either the ‘new guy’ or 42. 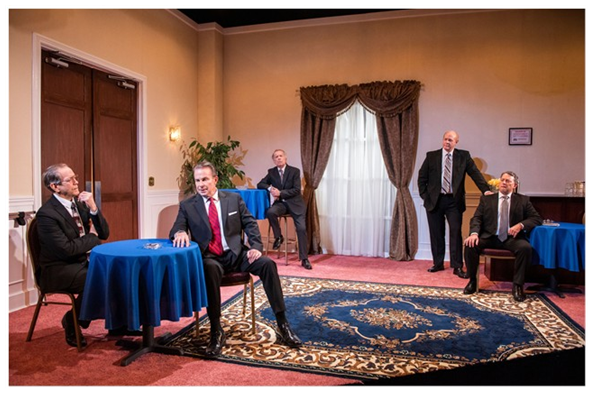 It was amazing how much these five guys managed to look like their presidents.  They might not have been the right height – Clinton is really tall, Stephen Spencer is short – or have quite the right color hair – Reagan’s was so black it looked like shoe polish – James Learning has dark brown -  but they really managed to channel their presidents’ mannerisms so well that 10 minutes into the play, I swear, they looked just like them.

American Blues Theater’s production of “Five Presidents” runs through October 20th at Stage 773, 1225 W. Belmont Avenue, Chicago.  Valet parking is available.  Running time is 75 minutes, no intermission.  Performances are Thursdays through Saturdays at 7:30 pm, with a 2:30 pm matinee on Saturdays and Sundays.  There will be additional performances on Sunday, October 14th at 7:30 pm and Thursday, October 17th at 2:30 pm.  There will be no performance on Saturday, October 19th at 7:30 pm.  Tickets range from $19-$39.  FYI (773) 654-3103 or www.americanbluestheater.com.