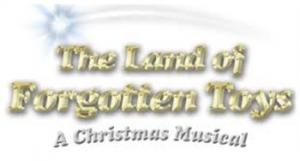 A brand new holiday musical for families with teens and tweens, but enough smart humor to keep adults entertained as well, will premiere in Chicago this holiday season. THE LAND OF FORGOTTEN TOYS – developed by Chicago-based non-profit company CPA Theatricals and produced in collaboration with Greenhouse Theater Center – is a completely original 90-minute musical about a brilliant young woman just out of high school and her quest to save Christmas. Music is by Dylan MarcAurele, with book and lyrics by Jaclyn Enchin and Jennifer Enchin, based on a story by Larry Little. Additional lyrics by Mike Ross and additional content by Larry Little and James Zager. THE LAND OF FORGOTTEN TOYS will play from November 27 - December 29 at the Greenhouse Theater Center - upstairs main stage.  The press opening is December 7 at 2:00 pm.

In THE LAND OF FORGOTTEN TOYS, Grace, a strong young woman fresh out of high school and fascinated by stars, planets, and distant galaxies, is stuck working in her family's toy store in Sheboygan, Wisconsin, three days before Christmas.  Desperate to leave and start a new life, she is suddenly transported to the Land of Forgotten Toys, where she learns that Santa has been captured by his evil sister Charlotta!  It is up to Grace and her rag tag group of modern misfit toys to rescue Santa and save Christmas!

Leading the cast is Bre Jacobs as Grace. Jacobs won acclaim last year in Firebrand Theatre’s production of CAROLINE, OR CHANGE and was one of Chris Jones’s “Hot New Faces of 2019” in the CHICAGO TRIBUNE. The evil Charlotta will be played by Liz Norton, who burst onto the Chicago theatre scene in Theo Ubique’s A NEW BRAIN and was most recently seen in Kokandy Productions’ HEAD OVER HEELS. 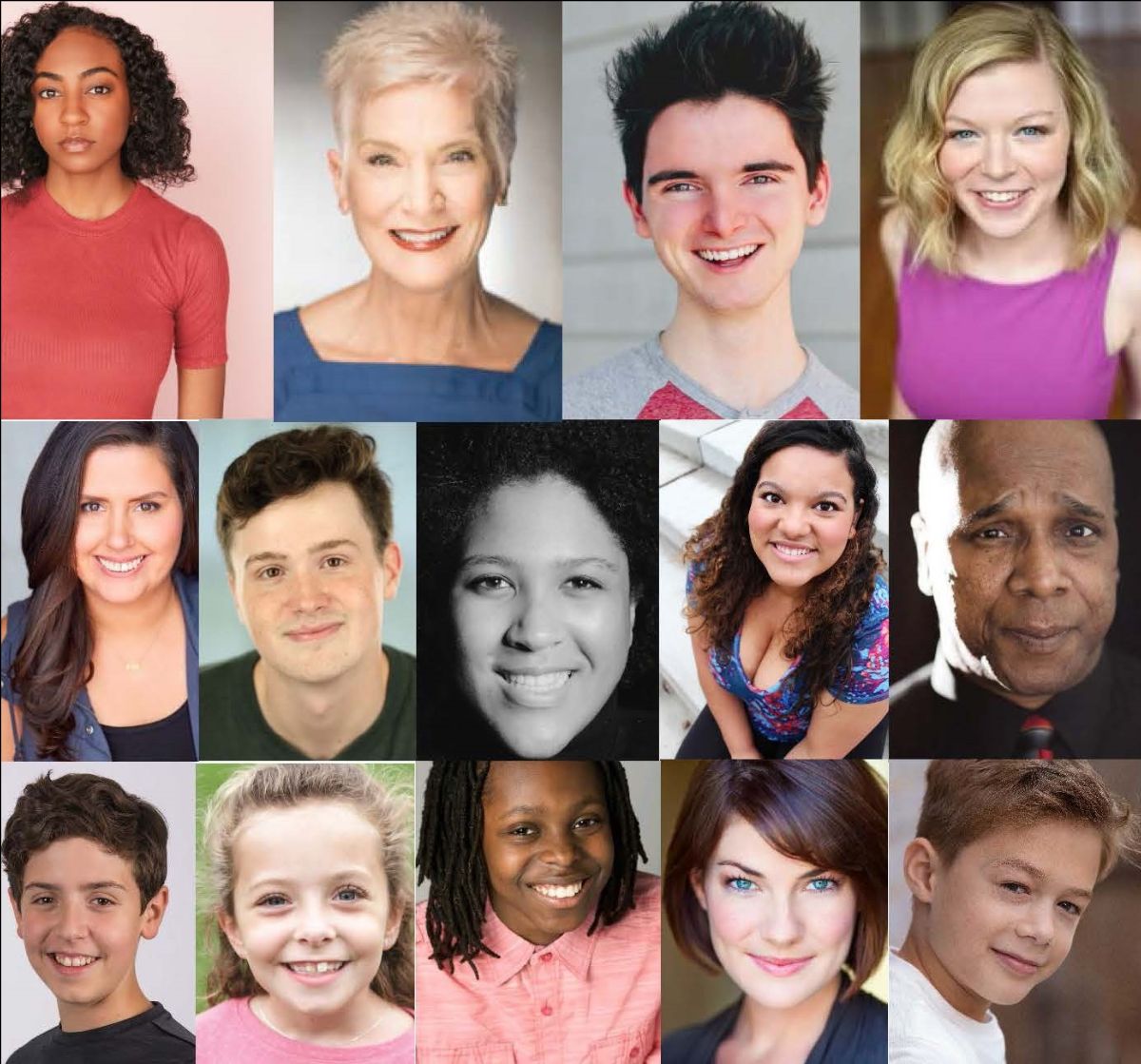 "We're proud that we have created a female-driven show, a fun holiday musical that the whole family can enjoy year after year," said lead producer Larry Little. "And the music is outstanding. You will leave singing these songs." Samples of the songs available on You Tube include “Green Christmas,” sung by Liz Norton (https://youtu.be/xv8GLJiAA0I) and “Far Away from Here” sung by Alli Atkinson, (https://youtu.be/QbWrP8NtBn8).

Individual tickets, priced at $45.00, are on sale now at www.greenhousetheater.org or by phone at 773-404-7336. Group Tickets, priced at $39 ($25 for student groups over 11 years old), are available at https://www.grouptheatertix.com/. For more information visit www.landofforgottentoystthemusical.com

Jennifer Enchin (Lyrics/Book) is a playwright, lyricist, choreographer and long-time lover of musical theatre. Jennifer wrote the book and additional lyrics for cult-hit musical THE BEAVER DEN (The LOT, Korda Theatre) with her writing partner Jaclyn Enchin (who is also her twin!). She was honored to receive a Jenny Award as well as a place in Toronto Fringe’s Top Ten Best New Play Contest for her work on THE BEAVER DEN. Jennifer serves as a script reader for Pomegranate Pictures and critic for popular theater blog “Mooney On Theatre”. Her choreography credits include: SPRING AWAKENING (McMaster University), ROXANNE (Guelph Contemporary Dance Festival), THE NIGHTMARE BEFORE CHRISTMAS (Can’t Stand Sitting Productions), THE BEAVER DEN (The LOT), SNAKES AND LATTES: THE SHOW (Really Awesome Days Productions) and New York’s 60/60 DANCE FESTIVAL (Vox Novus/Winter Garden Atrium Theater). She also served as the choreographer for the synthwave band “Tupper Ware Remix Party”.

Jaclyn Enchin (Lyrics/Book) is a playwright, lyricist and choreographer with a focus on musical theatre. She wrote the book and additional lyrics for THE BEAVER DEN (The LOT, Korda Theatre), a cult musical comedy which placed in Toronto Fringe’s Top Ten Best New Play Contest and won an honorary Jenny Award. Her play, BREAD has been produced in venues such as Theatre Yarbo, Theatre Passe Muraille and Social Capital Theatre. In her spare time Jaclyn is a script reader for You Go Far Productions, a production company based in the UK. Choreography credits include: 25TH ANNUAL PUTNAM COUNTY SPELLING BEE (No Strings Theatre), ROXANNE (Guelph Contemporary Dance Festival), THE BEAVER DEN (The LOT), SNAKES AND LATTES: THE SHOW (Really Awesome Days Productions) and New York’s 60/60 DANCE FESTIVAL (Vox Novus/Winter Garden Atrium Theatre). She also served as a choreographer/dancer for the synth-wave band “Tupper Ware Remix Party”.

Larry Little (Producer) has a theatrical career that has spanned thirty-five years and more than 100 productions, first as an actor/singer/dancer, then as a director and producer.  Along the way he became a Certified Public Accountant, providing an additional range of skills for his most recent role as a creating producer, developing new shows.  Larry is the Lead Producer at CPA Theatricals and LCG Entertainment, LLC, the companies he founded to provide musical theatre for under-served populations.  In recent years, a special focus of the companies has been shows that provide opportunities for female performers, create strong and interesting female characters, and increase outlets for female composers and directors.  His musical, 57th NATIONAL MATHLETE SUM-IT opened off Broadway as part of the 2017 New York Musical Festival (under the title NUMBERS NERDS) and has subsequently had productions throughout the US including Georgia, Kansas, Florida, Wisconsin, Texas, California and London.  After the extended NYMF run and enthusiastic response, the show was licensed by Theatrical Rights Worldwide.  He is currently developing the new musicals GIRLHOOD.

CPA Theatricals, Inc. – Creative Productions And Theatricals – is a 501-C-3 non-profit corporation.  Its mission is the development of new musical theatre productions for the benefit of underserved populations.  In recent years, its primary focus has been to serve female audiences and performers, through the development of musicals incorporating strong female leads.  Its first major project with this focus was the musical 57th NATIONAL MATHLETE SUM-IT, which premiered Off Broadway at the New York Musical Festival and was subsequently licensed for international distribution to high school, college, and community theaters by Theatrical Rights Worldwide.  Current projects include THE LAND OF FORGOTTEN TOYS, intended for the commercial market, and GIRLHOOD, intended for performance in middle schools and high schools.