Chicago Fire FC announced today that the Club has acquired Slovenia National Team striker Robert Berić via transfer from Ligue 1 club AS Saint-Étienne. Berić will be added to the Fire’s roster as a Designated Player pending receipt of his International Transfer Certificate (ITC) and P1 Visa. He is under contract

with the Fire through the 2021 season with a Club option for the 2022 season.

“We are very excited to add Robert to our roster ahead of the upcoming season,” said Chicago Fire FC Head Coach Raphael Wicky. “Robert is hard-working, intelligent number nine who has the ability to score goals at a high rate. We are looking forward to welcoming him and his family to Chicago.”

Berić, 28, comes to the Fire with more than 330 appearances in the top divisions in Slovenia, Austria and France. The striker has scored 122 goals in his career, including 12 goals in the UEFA Europa League and four in the UEFA Champions League. Internationally, Berić has earned 25 caps for the Slovenia National Team, producing goals in UEFA Euro qualification (2016) and in the UEFA Nations League (2018-19).

“I’m very happy to be in Chicago, and I think this is going to be a great new era for the Fire,” said Berić. “I am looking forward to getting to work with my new teammates and starting the new season.”

Berić originally began his career in Slovenia, featuring for NK Krško, NK Interblock and NK Maribor  from 2007-2013. Ahead of the 2013-14 campaign, Berić transferred to the Austrian Football Bundesliga, signing with Sturm Graz. He scored 12 goals in one season with Sturm Graz, before joining Rapid Wien. 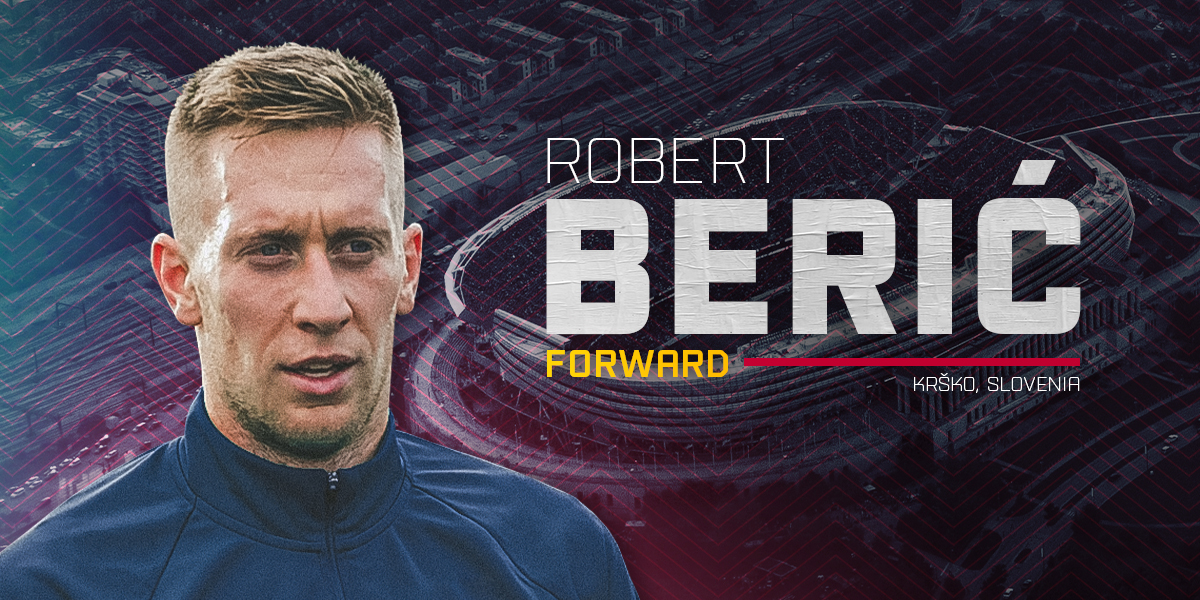 In his first season with Rapid Wien, Berić scored 27 goals in 33 league appearances, which ranked as the second-most in the Austrian Football Bundesliga during that year. Additionally, Berić’s 27 goals placed him in 11th place in the 2014-15 European Golden Shoe award rankings. The European Golden Shoe is an award presented to the leading goal scorer in league matches from the top division of every European league.

The next season, Berić scored six goals in 10 appearances for Rapid Wien, before transferring to Saint-Étienne in France’s top division. During his time with Saint-Étienne, Berić scored 34 goals in 81 appearances across all competitions, including five goals in the UEFA Europa League. The striker also spent time on loan with Anderlecht in the Belgian first division, making six appearances across all competitions during the 2017-18 campaign.

Berić will occupy an international roster slot on the Fire’s 2020 roster.

Chicago will kick off its 2020 MLS season on the road on Sunday, March 1 against defending MLS Cup Champions Seattle Sounders FC at CenturyLink Field at 2:00 p.m. CT (ESPN). The Fire will officially make its return to Soldier Field on Saturday, March 21 when the team hosts Atlanta United FC in its 2020 home opener at 2:30 p.m. CT (Univision).

Transaction: Chicago Fire FC acquires Robert Berić as a Designated Player via transfer from AS Saint-Étienne.