“David has a wealth of experience as both a player and a coach and we’re delighted to have him join the Fire,” said Head Coach Raphael Wicky. “He’s played at a high level, he can relate to the players and he will bring a winning mentality to this Club.” 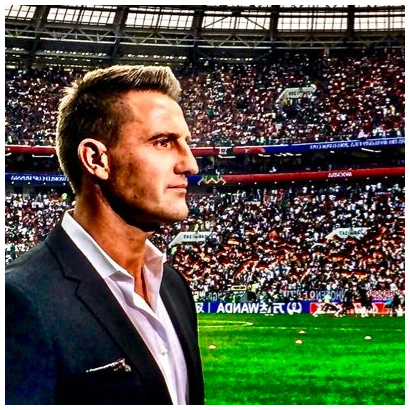 “It’s an absolute privilege to join the Fire,” said Zdrilic. “Major League Soccer has always appealed to me and what’s been happening in this league and specifically the Fire has been truly phenomenal. The potential to grow something great with the Fire is huge and I look forward to being a part of it.”

As a player, Zdrilic totaled 395 professional appearances, including time in Europe and Australia. His first professional contract came from his other hometown club, Sydney United. After a standout career in Australia, including earning the Golden Boot in his final National Soccer League (NSL) season, he played in Europe including stints at FC Aarau (1997-98), SSC Ulm (1998-2000), SpVgg Unterhacing (2000-02), Walsall (2002-03), Aberdeen (2003-04), and Eintracht Trier (2004). Zdrilic would return to Australia to finish his playing career with Sydney FC (2005-08) and Sydney United (2009-10). With Sydney United, Zdrilic became player/manager, spending one season with the club before announcing his retirement as a player. Internationally, the former forward recorded 20 goals in 30 caps for Australia.

Zdrilic has also become a prominent name in soccer broadcasting. Zdrilic hosted the 2010, 2014 and 2018 FIFA World Cup, UEFA Champions League, Europa League and various international contests. As a football presenter during the 2014 FIFA World Cup on Special Broadcasting Services (SBS), Zdrilic and his colleagues won a Logie Award for Most Outstanding Sports Coverage.

Chicago will begin the 2020 MLS season on Sunday, March 1 against defending MLS Cup Champions Seattle Sounders at CenturyLink Field at 2:00 p.m. CT (ESPN). The Fire will officially make its return to Soldier Field on Saturday, March 21 when the team hosts Atlanta United FC in its 2020 home opener at 2:30 p.m. CT (Univision).