Chicago Fire FC announced today that the Club has hired Sebastian Pelzer as Technical Director. Pelzer, a former German defender who had a successful 16-year professional career, will work on all aspects of the Fire’s football operations. Pelzer will report to new Fire Sporting Director Georg Heitz. He will join the Fire upon receipt of his work visa. 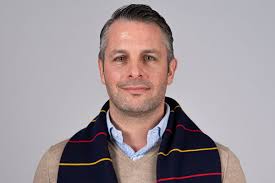 “I'm looking forward to joining Chicago Fire FC,” said Pelzer. “This is a great opportunity and I'm honored to be a part of this Club – know that I will do my best to help in every way that I can.”

In his role as Technical Director, Pelzer, 39, will scout and evaluate players locally and abroad; help establish relationships with clubs around the world; work closely with Fire Head Coach Raphael Wicky and the coaching and technical staff; as well as help with the football operations budget and team salary cap.

“I have worked closely with Sebastian in the past and we see football in the same way. We share a similar perspective,” said Heitz. “I’m excited that he has chosen to join us here in Chicago. He is the type of teammate and colleague that we wanted to bring to this Club. Sebastian has a great eye for talent, he is a great communicator, and he knows the intricacies of the sport.”

A native of Trier, Germany, Pelzer represented his country at the youth level and made more than 350 appearances as a professional, the majority in 2. Bundesliga and 3. Liga. He played for seven clubs in Germany and England over the course of 16 years: FC Kaiserslautern, Blackburn Rovers, SV Eintracht Trier 05, 1. FC Saarbrücken, Dynamo Dresden, Rot-Weiss Ahlen and F.C. Hansa Rostock. Pelzer served as captain for seven seasons at Dynamo Dresden and F.C. Hansa Rostock, leading the latter to promotion into 2. Bundesliga.

In addition to his distinguished club career, Pelzer, who holds a UEFA B coaching license, spent five years on the players’ council of the German Professional Footballers' Association (PFA). He also worked as a consultant at Heusler Werthmüller Heitz AG, where he contributed to change management and strategic operations for several football organizations in Europe. At Heusler Werthmüller Heitz AG, Pelzer worked closely with Fire Sporting Director Georg Heitz.