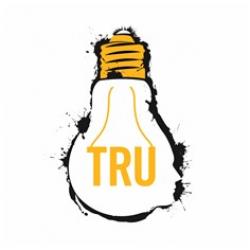 The new Chicago production team of Gosz & Fotos premiere their original musical TRU - A Musical for Mental Health, Nov. 1 through 24 at Stage773, 1225 W. Belmont. Winner of “Best Music” and “Best Choreography” at the 2018 Chicago Musical Theatre Festival, TRU takes the audience on a thought-provoking journey through the struggles and triumphs of living with mental illness. TRU’s book, music, and lyrics are by David Gosz and Leo Fotos; directed by Taylor Pasche with music direction by Eric Rehm. TRU runs Thursday through Saturday at 7:30 p.m. with matinees on Saturday and Sunday at 2 p.m. Opening night/press night is Friday, Nov. 1 at 7:30 p.m. Tickets are $35 and available at www.stage773.com/show/tru or by calling 773-327-5252.

TRU shines a light into the life of Truman, a man living with mental illness personified as a toxic relationship with the manipulative Her. New to the neighborhood, Isla is an artist seeking to rekindle her lost passion and overcome her anxieties. Their paths meet through a shared loss and Truman and Isla are left to confront their personal struggles together. With the help of those around them, both set out in search of their guiding light.

TRU tells a story that is “lyrical, impactful and able to appeal to a larger audience,” said Kimberly Knake, Executive Director of The National Alliance on Mental Illness (NAMI) Metro Suburban. Gosz & Fotos wrote the musical to be accessible, empathic, and illuminating as a means to fight against the stigma that surrounds mental illness.

“The music of TRU is a magical driver, both defining and articulating depth of character, transformation of character, and that deep searching and moiling that anticipates participation in being human,” said George Bailey, Ph.D., Author, Musician, Community Activist, and Professor Emeritus at Columbia College Chicago, “Like a painting, audiences may come away with varying responses as to what this drama is all about--this is as it should be.”

Gosz and Fotos are 23- and 24-year-old producers, writers, composers, and lyricists of musical theatre from Chicago. Their original musical, TRU, was a semi-finalist for the 2017 New York Musical Festival, and premiered with a sold-out run at the 2018 Chicago Musical Theatre Festival where it took home 14 nominations and 2 wins for "Best Music" and "Best Choreography." In 2017, the duo began working on their second major project, San, a musical telling the incredible life story of esteemed Mardi Gras designer Calvin San Nicholas.

TRU - A Musical for Mental Health

Book, Music, and Lyrics by David Gosz and Leo Fotos

Stephen “Blu” Allen (Truman Hayes) is a Chicago Based Actor/Singer. Notable credits include In The Heights (Porchlight Music Theatre) Jesus Christ Superstar (Paramount Theatre) Shrek (Marriott Theatre) and most recently he was seen in the world premiere of The Watson’s Go To Birmingham (Chicago Children’s Theatre).

Lydia Burke’s (Ensemble) most recent Chicago credits include May/Chenille in Junie B. Jones the Musical (Marriott Theatre), Matilda (Drury Lane Theatre), The Hunchback of Notre Dame (Music Theater Works), Ghost: The Musical (Theatre at the Center), In the Blood (PULSE Theatre), the Dragon in Shrek: The Musical, and Lucy in A Charlie Brown Christmas (Windy City Performs). She is a graduate of the Millikin University School of Theatre and Dance.

Leo Fotos (writer/producer) began working on TRU in August 2013. TRU is his first major theatrical work, having received awards at the 2018 Chicago Musical Theatre Festival for “Best Music” and “Best Choreography”. Leo, with David Gosz, is also the composer and writer of San - A Musical by Design.

David Gosz (writer/producer) is a graduate of The University of Chicago with a degree in Economics. He is employed as a strategic enrollment management consultant and works with colleges and universities. With Leo Fotos, he began working on TRU in August 2013. TRU is his first major theatrical work, having received awards at the 2018 Chicago Musical Theatre Festival for “Best Music” and “Best Choreography”.

Meredith Kochan (Her) most recently understudied and performed as one of the Weird Sisters in Macbeth (Chicago Shakespeare Theatre). Other Chicago credits include: TRU (The 2018 Chicago Musical Theatre Festival, Nominated Best Supporting Performer); Fly By Night (Theo Ubique Cabaret Theatre); The Fantasticks, Fiddler on the Roof (Music Theatre Works). Film credits include The Devil’s Toy Box and 7 Nights of Darkness. Kochan has a BFA from Kent State University.

Shannon McEldowney (Isla Claire) was last seen as Isla Claire in TRU at the Chicago Musical Theatre Festival, where she was nominated for Best Lead Performer. Some of her favorite credits include Mamma Mia! (Drury Lane Oakbrook), Young Frankenstein (Inga, Little Theatre on the Square), Disaster (Marianne, Chicago Theatre Workshop), and The Pajama Game (Theatre at the Center).

marssie Mencotti (Gail Baker) received two non-Equity Jeff nominations in 2019 for lead actor in The Safe House (City Lit Theatre) and supporting actor in Herland (Red Twist Theatre). Prior to that she appeared in J.B. (City Lit,) The Cheek (Magpie Theatre), and other fine Chicago productions at Raven, Stage Left, among others. She was a tenured Assoc. Professor at Columbia College Chicago where she currently teaches part-time.

Taylor Pasche (director) has her BFA in Directing from Texas State University. She has recently worked with Right Brain Project, Otherworld Theatre, and Red Theatre. She is the Artistic Director of Off-Key Anthem with whom she has produced and directed several new works, most regarding mental health.

Eric Rehm (music director) is a Chicago-land native, having grown up in the south suburban town of Frankfort. Rehm attended Illinois State University, and graduated in December of 2015 with degrees in Music Education and Vocal Performance. Throughout college and since graduating, Rehm has music directed over 25 musicals through various suburban theaters. After 3 years of teaching middle school choir and general music, Rehm is now focusing on freelance work as a music director, private voice teacher and arranger.

Jack William Rodgers (Ensemble) is a Houston native and recent Chicago transplant. He graduated from Texas State University with his BFA in Production and Performance. Credits include: Warren in Ordinary Days, Mr. Marmalade in Mr. Marmalade, Claudio in Much Ado About Nothing, Jesus in Godspell, and Zack in Belleville.

Her watching Truman and Isla