Chicago Shakespeare Theater announces a limited engagement run of The Journey, an immersive, virtual theatrical event created and performed by world-renowned illusionist, mentalist, and performance artist Scott Silven. This intimate live experience transports 30 participants at a time from their living rooms to Silven’s own childhood home in rural Scotland—carrying on the longstanding international tradition of the acclaimed WorldStage at Chicago Shakespeare series. Hailed as a Critic’s Pick by The New York Times, The Journey will stream for Chicago Shakespeare audiences January 12–24, 2021.

Scott Silven has mesmerized audiences around the globe for more than a decade with seemingly impossible illusions. But when the pandemic cancelled Silven’s world tours and confined him in his home outside of Glasgow, he was inspired to devise The Journey, an all-new virtual experience exploring our collective sense of home and the transformative power of place. The production team has converted the artist’s home into a one-of-a-kind performance space equipped with an innovative audio-visual platform, allowing participants to share the experience on-screen with Silven and each other through elaborate projections. Over the course of the show, audience members are tasked with sharing a meaningful object from their lives, which Silven seamlessly incorporates into his logic-defying illusions. 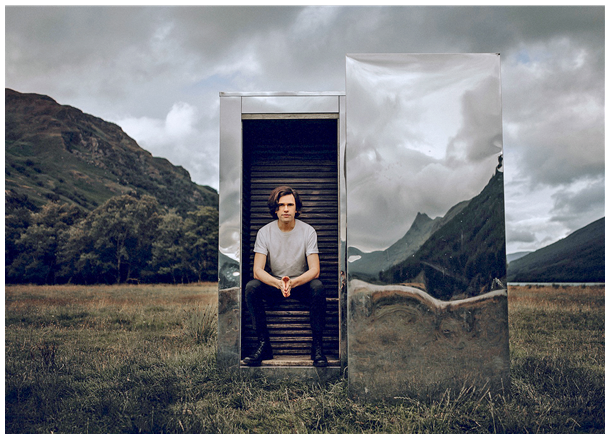 "I realize just how lucky I am to connect with people across the world and share something positive from this time," Silven shared. "To take a moment to step back and reflect and realize that, even in fragmented times, we can still find new forms of connection."

The Guardian hailed it "genuinely magical." The New York Times raved, "Is it astounding? Absolutely… Just when you think you know how Silven might have faked an effect, he complicates the trick, then complicates it again and you are abandoned to wonderment." People magazine calls it "mysterious…handsome, unforgettable." The Los Angeles Times shared, "Under the guise of reading your thoughts, Silven does something more astonishing: He refreshes your outlook." 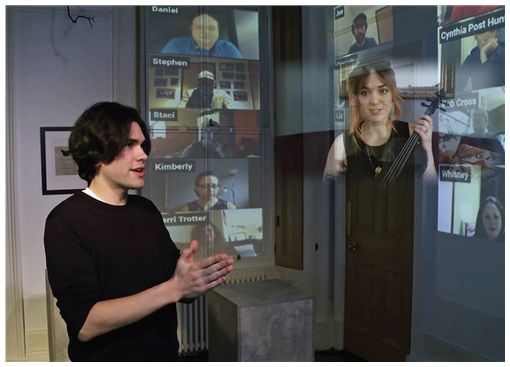 Scott Silven pushes the boundaries of his craft by creating stylish, smart, and uniquely immersive performances for stage, screen—and now in the digital realm. His artistic career has been remarkable, from studying hypnosis in Milan at the age of 15, to gaining recognition from David Blaine at 19, and headlining one of the UK's most prestigious theaters at 21. The Journey follows previous productions, including two major sold-out runs in New York and an extensive tour on the international stage with headline engagements at the Sydney Festival, Luminato Festival, Seattle Theater Group, and beyond.

Created and performed by Scott Silven, The Journey is directed by Allie Winton Butler, designed by Jeff Sugg, and written by Rob Drummond—with sound design by Gareth Fry and music composed by Jherek Bischof. The Journey is produced by Double M Arts & Events, LLC and Journey Productions Limited. It was created with the generous support of The Momentary and co-commissioned by The Broad Stage, Hong Kong Arts Festival, Virginia Arts Festival, Arizona Arts Live, Traverse Theatre, Purdue Convocations, Utah Presents and Krannert Center - University of Illinois.

ABOUT CHICAGO SHAKESPEARE THEATER
Under the leadership of Artistic Director Barbara Gaines and Executive Director Criss Henderson, Chicago Shakespeare has redefined what a great American Shakespeare theater can be—a company that defies theatrical category. A leading international theater company and recipient of the Tony Award for Outstanding Regional Theatre, Chicago Shakespeare Theater’s year-round season offers a vibrant array of classics, musicals, new works, and family programs for 225,000 audience members annually. Chicago Shakespeare is the city’s leading presenter of international work, and has toured its own productions across five continents. The Theater’s nationally acclaimed arts in literacy programs support the work of teachers, and bring Shakespeare to life on stage for tens of thousands of students annually. Each summer, the company tours a free professional production to neighborhood parks across Chicago. In 2017 the Theater unveiled The Yard, which, together with the Jentes Family Courtyard Theater and the Thoma Theater Upstairs, positions Chicago Shakespeare as Chicago’s most versatile performing arts center. chicagoshakes.com