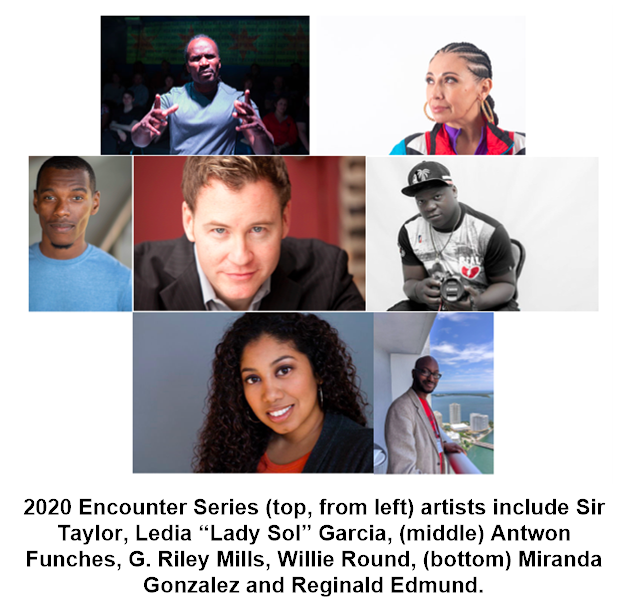 Collaboraction’s 2020 Encounter Series is comprised of two programs of mid-length works (20 minutes or longer) of theater, visual art, music, video, dance and performance. Each program runs approximately two hours, and culminates with a Crucial Conversation in which the audience is welcome to share their thoughts and experiences with the artists and top Chicago social justice activists. 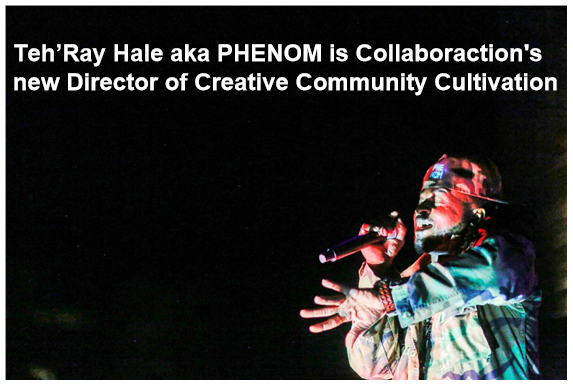 Collaboraction is also accepting submissions at collaboraction.org for its first annual MLK Speech Slam Competition. Submissions must be seven minutes or less, and can be in one of two categories: traditional oration or creative remix. Deadline to submit is Sunday, December 1. A free, live competition will be held on Martin Luther King Day, Monday, January 20, 2020 at 7 p.m. at Kennedy-King College Theater, 740 W. 63rd St. A panel of industry judges will award $1,000 to the first place winner in each category. Families are invited to complete their Martin Luther King Day celebration at this free Encounter Series special event. ﻿

“The heart of Collaboraction’s work is to foreground authentic voices who share first-person narratives and documented truths about the critical issues of oppression that form real barriers to true equity and inclusion in our city,” said Collaboraction Executive Director Dr. Marcus Robinson. “Their stories are presented with high theatrical production values that allow artists and audiences to face these harsh realities together, educating while at the same time creating empathy and understanding. The closing act, the Crucial Conversation, is not merely an artist-audience talk back session, but rather conversations between neighbors about issues that impact every one of us. It’s a time of shared learning, growth and committing to doing what we can to make our lives, our neighborhoods and our city a truly equitable and inclusive place to live.”

“Encounter invites Chicagoans to discover the gorgeous Kennedy-King College Theater in Englewood for an artistic experience that will expand their perspective and comprehension of our connection to one another,” seconded Collaboraction Artistic Director Anthony Moseley. “We are inspired by these incredible new works that embody equity and inclusion through personal narratives and visions of personal triumphs in the Being program and by working through issues of oppression in the Becoming program.”

Sir Taylor shares his life story from growing up in Cabrini-Green, being a founding member of the Jesse White Tumblers, going to Africa and dedicating his life to leave a positive impact on his community and setting the example for Chicago youth as community activist, mentor and leader of The Example Setters.

Lady Sol’s Dance Diary Vol. 1 welcomes audiences into the personal and professional life of Leida Garcia, a bonafide Chicago street dance professional whose life takes a dark detour at the height of a successful tour in South Africa and after a music video appearance with 90s Hip Hop legends, The Fugees.

Devised and directed by Reginald Edmund

A devised love letter to the past, present and future of Englewood made from a compelling blend of history and true stories from actual residents in the community. 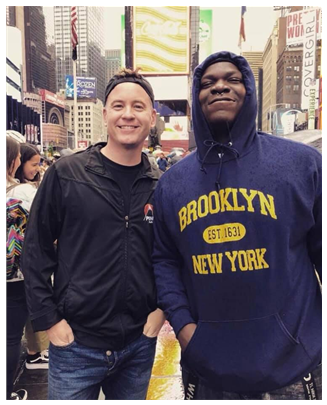 By G. Riley Mills and Willie Round

When a racist Snapchat makes its way around a high school its students are left to grapple with their own history, biases and privilege in order to maintain their relationships.

After the birth of their child, two Chicago police officers and partners, Josh and Lala, are the victims of racial harassment at the hands of their fellow officers.

Collaboraction, Chicago’s social contemporary theater, collaborates with a diverse community of Chicagoans, artists and community activists to create original theatrical experiences that push artistic boundaries and explore critical social issues. Since the company’s founding in 1996, Collaboraction has worked with more than 3,000 artists to bring more than 60 productions and events to more than 150,000 audience members.

Collaboraction is producing its 23rd season mainstage shows at Kennedy-King College in Englewood. Following its third annual Encounter Series, Collaboraction will present the world premiere in spring 2020 of Red Island by Anthony Moseley and Carla Stillwell about racism in the United States of America.

For the past five years, Collaboraction has partnered with the Chicago Park District through their Night Out in the Parks program, returning each year to cultivate relationships and theater in Englewood, Austin and Hermosa through the Crime Scene, PEACEBOOK and Encounter tours. Production highlights also include its series of Crime Scene productions responding to Chicago’s crime epidemic; 15 years of the SKETCHBOOK Festival; and the YO SOLO Festival of Latino Solo Shows, co-produced with Teatro Vista.

﻿Collaboraction is led by Artistic Director Anthony Moseley, Executive Director Dr. Marcus Robinson, a company of 20 talented Chicago theater artists, and a dedicated staff and board of directors. The company’s vision is to utilize theater to cultivate dialogue and action around our most critical social issues throughout Chicago.

Collaboraction is supported by The Chicago Community Trust, The Joyce Foundation, The Field Foundation, the National Endowment for the Arts, DCASE and the Wicker Park & Bucktown SSA #33 Chamber of Commerce, and the Illinois Arts Council, a state agency.