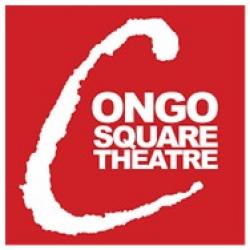 Congo Square Theatre Company (Congo Square), one of the nation’s premier African American theatres, announces its Festival on the Square, a three-day virtual festival celebrating the arts, February 4-6, 2021. Inspired by the original Congo Square marketplace in New Orleans—where people of color communed through music and dance and celebrated the cultures of their homelands—Festival on the Square culminates in the 2021 Vision Benefit honoring acclaimed director Ron OJ Parson and Les Coney, the company’s first board chairman. Parson directed Congo Square’s first production, August Wilson’s The Piano Lesson, in 2000.

Festival on the Square programming is free to the public and includes a 10-minute play festival and “Conversations at the Square” with industry professionals, including actor Morocco Omari (Empire, 21 Bridges, Homeland) and Dionna Griffin-Irons, director of diversity talent inclusion for The Second City. Registration is required to attend one or all three days of the festival, with optional donations accepted to support Congo Square’s fundraising efforts, including sponsorships for the Vision Benefit.

Festival on the Square events will be presented virtually from 7-9 p.m. CST each day of the festival, Feb. 4-6, 2021. For more information on the festival and 2021 Vision Benefit, visit www.congosquaretheatre.org/fos.

"We are thrilled about our upcoming Festival on the Square celebrating Black art and Black voices,” says Executive Director Charlique C. Rolle. “Congo Square has always been committed to the elevation of Black artists, and we’ve continued to build this platform by creating work in the digital realm this season. We are also very excited for our Vision Benefit celebrating 20 years of transformative Black theatre and honoring our very first director, Ron OJ Parson, and our first board chairman, Les Coney.”

Festival on the Square schedule:

·       Conversation at the Square with Dionna Griffin-Irons, Director of Diversity Talent Inclusion for The Second City

Congo Square Theatre Company (Congo Square) is an ensemble dedicated to artistic excellence. By producing definitive and transformative theatre spawned from the African Diaspora, as well as other world cultures, Congo Square seeks to establish itself as an institution of multicultural theatre. Congo Square is one of only two African American Actors’ Equity theatre companies in Chicago. Founded in 1999, Congo Square aimed to provide a platform for black artists to perform and present classic and new work that exemplified the majesty, diversity and intersectionality of stories from the African Diaspora.

Congo Square has risen to become one of the most well-respected African American theatres in the nation. Previously mentored by two-time Pulitzer Prize-winning playwright August Wilson, Congo Square would go on to cultivate talents such as playwright Chadwick Boseman (Black Panther), who penned the 2006 Jeff nominated play Deep Azure, and playwright Lydia Diamond, who penned the massively successful Stick Fly, a critically acclaimed play that explores race, class, and familial friction. Stick Fly ultimately ran on Broadway and is currently being developed into a full-length series for HBO with Alicia Keys serving as a producer. Congo Square also produced the widely praised Seven Guitars, which would eventually go on to win top honors for best ensemble, best direction, and best production at the 2005 Joseph Jefferson Awards. This would earn the theatre company the distinction of being the first African American theatre company to receive such an honor.