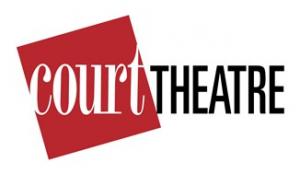 Court Theatre, under the continuing leadership of Charles Newell, Marilyn F. Vitale Artistic Director, and Executive Director Angel Ysaguirre, announces updates to its 2020/21 Season in response to the coronavirus pandemic. The reimagined season has Court returning to the stage in February 2021 with Owen McCafferty’s Titanic (Scenes from the British Wreck Commissioner's Inquiry, 1912), followed by Shakespeare’s Othello, and then August Wilson’s Two Trains Running. Digital access will be available for both Titanic and Othello for patrons who do not yet wish to attend in person.

Before returning to live performance, Court kicks off their season in the fall with a new Theatre & Thought series, which will connect audiences to expert insights from University of Chicago faculty about the historical context, thematic relevance, and artistic possibilities surrounding a classic work. Theatre & Thought topics are The World of August Wilson, Euripides’ The Bacchae, Caryl Churchill’s Fen, and Lorraine Hansberry’s Les Blancs. Next up is Deep Dive: Leopoldstadt, an ambitious digital reading and in-depth look at Tom Stoppard’s latest play, Leopoldstadt. Court’s remote, digital experiences are produced in partnership with the University of Chicago Graham School’s Arts@Graham series.

“We've reimagined our 2020/21 Season programming in an effort to remain responsive to the coronavirus pandemic and ongoing struggles for social justice, two global issues that necessitate revolutionary approaches as we work to envision a safer and more just world for all,” says Charles Newell, Marilyn F. Vitale Artistic Director. “Our revised season breaks the mold of past seasons and provides unparalleled depth and access in the absence of being able to physically gather this fall. We hope the stories we’ve chosen to share will offer the spiritual sustenance so many of us are seeking in this unprecedented time.”

“Our reimagined season allows us to continue offering theatre experiences without sacrificing audience safety, and at the same time providing the intellectual rigor and artistic quality that Court is known for as the professional theatre of the University of Chicago,” says Angel Ysaguirre, Executive Director of Court Theatre. “We look forward to helping broaden access to the arts on the South Side and beyond as technology enables us to connect and engage with our audiences in dynamic new ways.”

The previously announced live productions of Violet, The Gospel at Colonus, Fen, and Antigone have been postponed and will be produced in a future season. Current subscribers will be able to exchange their existing tickets to previously announced productions for any of the above offerings. Court Theatre’s Box Office will be in touch to discuss subscriber options via phone and email.

Court is still evaluating new performance dates for its site-specific production of An Iliad. Ticket holders will be contacted with further information when details have been solidified.

Court will be hosting a free Season Preview Zoom event for patrons interested in learning more about the reimagined season, featuring conversations with artists and Court staff members about producing theatre both online and onstage in these extraordinary times. The Season Preview Zooms event will be held Tuesday, July 21 from 7pm on Zoom. To RSVP or for more information, visit www.CourtTheatre.org.

Court’s Theatre & Thought series connects audiences to expert insights from University of Chicago faculty about the historical context, thematic relevance, and artistic possibilities surrounding classic works. Each Theatre & Thought topic will feature a different play and include virtual meetings with University scholars to discuss the ideas underpinning these classic texts.

The World of August Wilson + The Black Creative Voice
Featuring the Scholarship of Professor Kenneth Warren
in Conversation with Resident Artist Ron OJ Parson
Online September 8, 15, 22, and 29, 2020 at 7pm

Dr. Kenneth Warren, the Fairfax M. Cone Distinguished Service Professor in English at the University of Chicago, and an expert on American and African American literature from the late 19th century through the middle of the 20th century, shares insights about urbanization and the Black creative voice, including a conversation with Professor Adrienne Brown, author of The Black Skyscraper: Architecture and the Perception of Race and Associate Professor in the Department of English. Court’s Resident Artist Ron OJ Parson, a leading interpreter of Wilson’s work, will join Dr. Warren in this conversational, intimate look at the American Century Cycle and one of America’s most essential classic playwrights, examining excerpts of Wilson’s work and their impact on generations of Black artists.

The extant Greek plays continue to speak to contemporary cultures, fueled by a myriad of creative retellings and adaptations by contemporary playwrights. Euripides’ ancient Greek tragedy explores the consequences of mixing the personal and political and the importance of listening to the will of the people. Sarah Nooter, renowned author and faculty member of the Department of Classics and the College, shares insights about the dramatic elements that make Euripides’ tragedy ripe for adaptation. A translation of The Bacchae by Court’s Founding Artistic Director, Nicholas Rudall, a premier translator of Greek texts, will form the foundation for these discussions. The inventive Chicago-based director Monty Cole will lead a reading of The Bacchae during one session, its themes reverberating with uncanny resonance in 2020.

Employing astonishing theatrical imagery, Caryl Churchill’s Fen interrogates issues of gender, class, and exploitation with grace, humor, and anger. Dramaturg and University of Chicago lecturer Derek Matson (Photograph 51, The Mousetrap) digs into the multitudinous themes and histories that make Churchill’s play tick, offering insight into how this type of research informs the creative process and how dramaturgy is conducted in the theatre. Jeff Award-winning director Vanessa Stalling (Photograph 51) will join Matson in these conversations to discuss how dramaturgy fuels her own work as an artist.

of coloniality, Black nationalism, and imperialism in a fictional African country that stands in for Black freedom struggles across the diaspora. Tina Post, Assistant Professor in English at the University of Chicago, will explore the play’s portrayal of racial injustice and black resistance in conversation with Gabrielle Randle-Bent, a Hansberry scholar and Court’s Inaugural Research Fellow.

In its most ambitious addition to the Fall season, Court Theatre’s Deep Dive: Leopoldstadt provides an in-depth examination of Tom Stoppard’s epic drama, Leopoldstadt. Leopoldstadt is a place, a state of mind, and a return. Stoppard’s newest play is as groundbreaking and sprawling as anything he has written. Combining the personal and philosophical, the play explores both history and Stoppard’s own Jewish heritage, discovered late in his life.

Over the course of five seminars, participants will examine the world of Leopoldstadt, which opens in Austria in 1899 and culminates in England in 1955, through discussions with University of Chicago professors about the history and politics of Vienna during that time, the influence of Austrian Jewish intellectuals and artists, and Jewish migration and identity.

Deep Dive will culminate in an online reading of the play helmed by Court Artistic Director Charles Newell, whose previous productions of Stoppard’s works have garnered critical acclaim, as well as an audience talkback enriched by the knowledge participants have gained from each seminar.

Seminars will feature conversations with Court Artistic Director Charles Newell, Resident Dramaturg Nora Titone, and a world-renowned team of scholars. University of Chicago faculty members involved will include Professor Christine Mehring, a scholar of modern and contemporary art, the Mary L. Block Professor of Art History and the College, and an Adjunct Curator at the Smart Museum; Professor Rachel Dewoskin, an Associate Professor of Practice in the Arts and an expert on fictionalizing stories about displacement and migration; and Professor Leora Auslander, the Arthur and Joann Rasmussen Professor in Western Civilization in the College and Professor of European Social History with a focus on the history of the Jewish diaspora, as well as other UChicago scholars.

A digital version will be available to stream for patrons who do not yet wish to attend in person.

The sinking of the RMS Titanic has long been studied for its historical significance and unmistakable hubris. A survivors’ story fraught with intrigue, Owen McCafferty’s Titanic (Scenes from the British Wreck Commissioner’s Inquiry, 1912) tells the story using verbatim testimonies from witnesses of the wreck. What emerges is a startling portrait of class, chaos, and moral ambiguity.  Vanessa Stalling (Jeff Award-winning director of Photograph 51 and United Flight 232) brings her singular artistry to McCafferty’s text. Leveraging audio technology, she and her team will create an expansive soundscape that allows the testimonies of each individual to resonate with audiences through a heightened, visceral experience that pushes the boundaries of design and theatrical performance.

A digital version will be available to stream for patrons who do not yet wish to attend in person.

Othello, the great Venetian general, unknowingly seals his fate when he fails to select his standard-bearer, Iago, for a military promotion. When his wife, Desdemona, is implicated in an affair, Othello is faced with a series of irreversible events that spell catastrophe for him and his country. Kelvin Roston, Jr. (Oedipus Rex, King Hedley II) returns to Court to star in this intimate new take on Shakespeare’s complex tragedy about jealousy, ego, and betrayal. Marilyn F. Vitale Artistic Director Charles Newell and his team will rigorously interrogate how identity is constructed along personal, racial, and political lines.

This production will be available to attend in-person.

Amidst the Civil Rights Movement, Memphis Lee’s restaurant is slated for demolition. While Memphis fights to sell his diner for a fair price, the rest of the restaurant’s regulars search for work, love, and justice as their neighborhood continues to change in unpredictable ways. Two Trains Running explores the  identity of a black community  in the 1960s with passion, humor, and prescience, demonstrating why Wilson is one of America’s most essential voices. With his singular point of view, Resident Artist Ron OJ Parson, a leading interpreter of Wilson’s works, directs the penultimate play in Court’s ongoing commitment to staging all of Wilson’s American Century Cycle.

Court’s Box Office will be in touch with previously renewed subscribers to discuss how these changes impact their subscription series. 3 and 4-Play subscribers will have the opportunity to choose from the Theatre & Thought series, Deep Dive: Leopoldstadt, or any of the three plays scheduled for 2021.

University of Chicago students will receive complimentary access to Court Theatre’s fall digital programming and UChicago faculty and staff will receive a 25% discount.

To purchase a subscription or receive more information, call the Court Theatre Box Office at (773) 753-4472, or visit Court’s website at CourtTheatre.org. Individual tickets for all Spring 2021 productions will be available in Fall 2020.

Court Theatre remains committed to following all government guidelines surrounding the COVID-19 pandemic in order to maintain the safety of our artists, staff, and patrons. To that end, dates and programming are subject to change based on rights acquisition, pandemic conditions, and other developments in order to remain responsive to evolving circumstances. As in-person gatherings are currently scheduled to resume in February of 2021, we will communicate information about enhanced cleaning and safety protocols to ensure everyone’s safety at Court Theatre.

Court Theatre is the professional theatre of the University of Chicago, dedicated to innovation, inquiry, intellectual engagement, and community service. Court endeavors to make a lasting contribution to classic American theatre by expanding the canon of translations, adaptations, and classic texts. The theatre revives lost masterpieces; illuminates familiar texts; explores the African American theatrical canon; and discovers fresh, modern classics. Court engages and inspires its audience by providing artistically distinguished productions, audience enrichment activities, and student educational experiences. In all of this work, we are committed to recognizing, addressing, and eradicating racism, as we strive to better serve our South Side community.

Since the University of Chicago’s founding in 1890, the Graham School of Continuing Liberal and Professional Studies has served to support lifelong learning. The Graham School is dedicated to promoting liberal arts education, and to connecting the rich intellectual resources of the university to a wider audience, on the south side, in Chicago, and beyond. The Graham School offers a range of courses for curious learners that encourage students to read deeply, listen closely, think critically, and engage generously.