Panama will host Mexico in Group B of the Concacaf Nations League on Friday, Nov. 15, at Estadio Rommel Fernández in Panama City, Panama. The Canaleros then host Bolivia on Tuesday, Nov. 19, in an international friendly at the same venue, closing out the 2019 FIFA International Calendar. 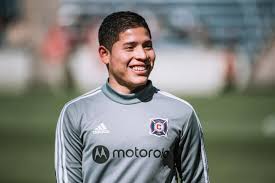 Martínez has earned seven caps for the Panama National Team. He debuted for Panama in a 1-0 victory against El Salvador on Feb. 18, 2016. In his first season with the Fire, Martínez made five regular season appearances in MLS play. The midfielder also scored two goals in nine appearances on loan with Las Vegas Lights FC in the USL Championship.