The Den Theatre is pleased to present comedian Janeane Garofalo for four performances on November 19 – 20, 2021 on The Heath Mainstage, 1331 N. Milwaukee Ave.in Chicago’s Wicker Park neighborhood. Tickets are currently available at thedentheatre.com or by calling (773) 697-3830.

Please note: The Den requires proof of vaccination for all guests, staff and performers and adheres to all CDC, state and local safety guidelines. Additionally, masking is required for all guests during performances. For the most current information on The Den’s COVID guidelines, visit thedentheatre.com/covid19-policy. 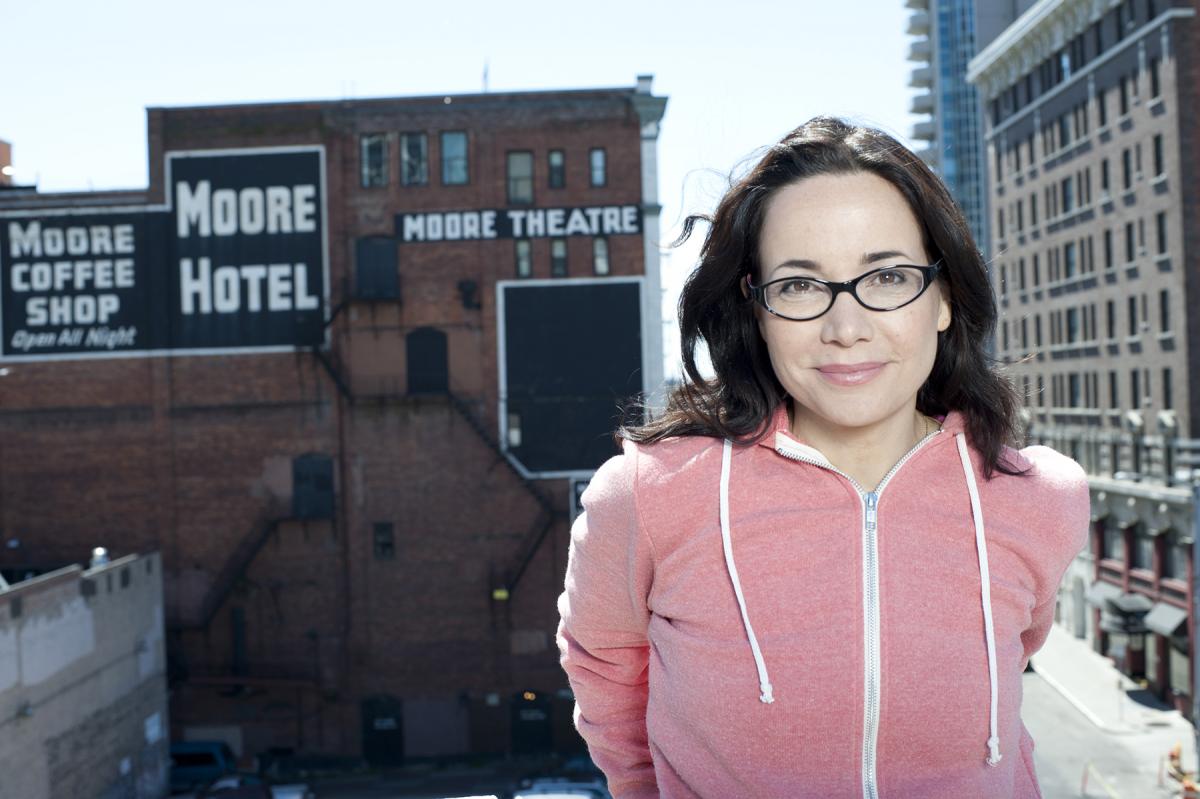 Actress and comedian Janeane Garofalo has been an American institution since she burst on the scene in 1992.

Janeane has had many memorable and critically acclaimed roles in films such as The Truth About Cats and Dogs, Wet Hot American Summer, Ratatouille, Steal This Movie, Reality Bites, Romy and Michelle's High School Reunion, Mystery Men, The Ten and The Cable Guy. Janeane also co-authored the best seller "Feel This Book," with Ben Stiller.

Janeane was a cast member of the Emmy Award-winning Ben Stiller Show and played the role of Paula, the acerbic talent booker, on The Larry Sanders Show, for which she received an Emmy nomination. During the fall of '94 she joined the cast of Saturday Night Live. Some of Janeane's other television work includes two specials for HBO, FOX’s 24, Mad About You and the final season of NBC's The West Wing, where she played Democratic campaign strategist Louise Thornton.

In addition to acting in film and television, Janeane is an outspoken activist, spoken word performer and stand-up comedy entertainer known and respected around the world. She was instrumental in the successful launching of the first liberal radio network, Air America Radio, where she hosted her own talk show, The Majority Report. A lightning rod for controversy, Janeane's well informed opinions and unflinching honesty have inspired laughs, as well as striking a chord with the left, right and everyone in between.

Artistic Director Ryan Martin opened The Den in 2010 in the Wicker Park neighborhood with a single theatre space. Now celebrating its tenth year, The Den is a multi-level live entertainment venue that boasts five intimate and unique theaters ranging from 50 – 300 seats. The first floor houses The Den’s Haven Lounge – a full-service coffee shop and bar where neighbors, audiences and like-minded culture hounds gather to drink, eat, talk, read, watch, think, listen and live. Currently, The Den is home to five resident theatre companies including Broken Nose Theatre, ComedySportz Chicago, First Floor Theater, Haven and The New Coordinates (formerly The New Colony). Hundreds of other companies and artists from Chicago and beyond have called The Den home – from national names to local stars, The Den consistently plays host to a lineup of exciting and diverse talent. As a building created for interdisciplinary arts, The Den has accommodated a wide variety of programming, including plays, musicals, film screenings, live music, dance, improv and stand-up comedy, seminars and speaking engagements. For additional information, visit www.thedentheatre.com.