TheatreSquared presents the world premiere of Designing Women, a new play by Linda Bloodworth Thomason, the creator of the megahit television series. High-definition streaming will now begin on October 15, 2021.

As previously announced, the cast includes actors from stage and screen.

Starting October 13,  Katherine LaNasa (Truth be Told, Judging Amy, Two and a Half Men) will lead the Sugarbaker firm through the end of performances and for the streaming release.

Amy Pietz (Caroline in the City, The Office) will portray Suzanne Sugarbaker. Actor and comedian Sarah Colonna (Shameless, Chelsea Lately) takes on the role of Mary Jo Shively, while Elaine Hendrix (Dynasty, Parent Trap) plays Charlene Frazier to round out the iconic quartet.

Joining the Sugarbaker design firm is Cleo Bouvier—played by Carla Renata (Hart of Dixie, Avenue Q)—the cousin of Anthony who has taken over his stake in the business. Playing Cleo’s daughter, Alfie will be newcomer Elizabeth Ofodile.  Also joining the firm is Haley McPhee—played by Kim Matula (The Bold & The Beautiful, LA to Vegas) who is just starting out as the new receptionist. 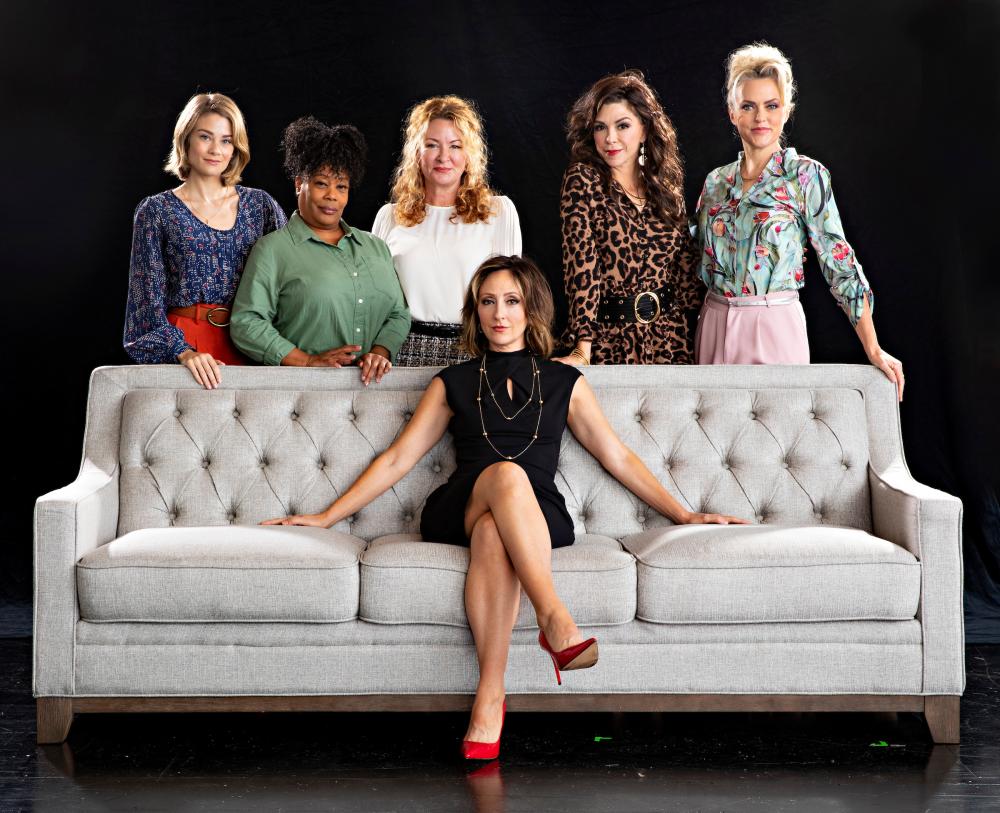 Throughout its seven-year run, the critically acclaimed and multi-Emmy nominated series was not only famous for its razor-sharp, southern dialogue but also its surprising ability to cut across political, cultural and social factions that rarely agree on anything.  In the brand new play, it's 2020 and Julia, Suzanne, Mary Jo and Charlene are back—and they have plenty to say about our current times. COVID is raging, a consequential election is just days away, and Atlanta is at the center of the storm.

Designing Women continues as the fourth in-person production at TheatreSquared since the company’s return to live performance in April. In July, T2 celebrated its best-attended production in its 15-year history with Matilda: The Musical presented at Fayetteville Public Library. The return to in-person performance comes after a year of streaming work featured among the "Best Theatre of 2020" by The New York Times along with recognition as an "outstanding drama company" by The Wall Street Journal.

Performances of Designing Women are scheduled Tues–Sat at 7:30, and Sat. and Sunday at 2 pm at TheatreSquared in 477 W. Spring Street in downtown Fayetteville, Arkansas. Tickets range from $18–$58. All fees are included, with no additional charges at checkout.

The performance is available to stream at home beginning on October 15. There is one streaming window available every 24 hours and access ranges from $25-$35.

Subscription packages for TheatreSquared include full seven-play packages starting at $119, with four-to-six-play flex packages starting at $69. Benefits for season ticket holders include savings of up to 20% on every show, free unlimited exchanges, discounted reserved parking, and same-day discounts in the Commons Bar/Café and other T2 Restaurant & Hotel Partners.

Through T2’s Lights Up! For Access program, supported by the Walmart Foundation, SNAP benefit recipients can purchase $1 tickets, while students and patrons under the age of 30 can purchase $10 tickets. For more information, visit theatre2.org/lights-up. Fully subsidized, free tickets are also available for clients of a number of local community service organizations.

Subscriptions and single tickets can be reserved by calling TheatreSquared at (479) 777-7477 or by visiting theatre2.org/subscribe.