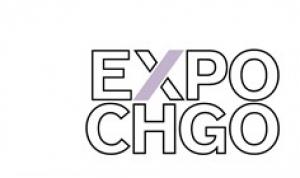 On Thursday, July 16, EXPO CHICAGO, The International Exposition of Contemporary and Modern Art, launched its new virtual salon series, Dine&, with an artist conversation and dinner featuring artist Amanda Williams and 2020 James Beard nominee Erick Williams (no relation). A new initiative from EXPO CHICAGO, Dine& pairs bespoke culinary experiences with conversations led by prominent figures from Chicago’s artistic and cultural communities. For the first event in the series, Virtual Virtue: What Black is This, You Say?, Erick Williams of Virtue restaurant designed a four-course dinner menu inspired by the many hues of black envisioned by the artist Amanda Williams in her recent digital series What black is this, you say?.

Over the course of the meal guests experienced a dynamic discussion between the artist and chef on Amanda’s digital series that originated as her response to the Instagram ‘black out’ on June 2, 2020, when black squares publicly swept the platform in an effort to show solidarity with the #blacklivesmatter movement. Meals were delivered to guests' homes, with an optional wine pairing featuring wines from Black-owned wineries McBride Sisters and Maison Noir Wines. The event brought together collectors, philanthropists, and cultural leaders from Chicago and around the country to experience a dialogue between chef and artist. EXPO CHICAGO has donated event proceeds to Enrich Chicago, a nonprofit organization working to address systemic racism in the arts, and honoraria for both participating artists.

“Throughout this incredibly challenging time, I have thought deeply about the role EXPO CHICAGO can play as a connector—between multidisciplinary creators, between artists and arts patrons, and between arts patrons and organizations that are making real change,” said President | Director of EXPO CHICAGO Tony Karman. “In creating Dine&, the exposition seeks to connect our community in new and innovative ways, fostering important conversations and continuing our year-round support of the Chicago arts community. We are honored to work alongside and collaborate with both Amanda Williams and Chef Erick Williams, whose artistic contributions to this event will have a tangible impact on the extraordinary work of Enrich Chicago.”

Director of Enrich Chicago Nina D. Sánchez stated, “The funds EXPO CHICAGO helped raise tonight will further our mission to fund equity research, develop the next generation of aspiring anti-racist arts administrators, and sponsor anti-racism workshops with leading national training organizations for arts leaders throughout Chicago. It is heartening to see our city’s art fair provide thoughtful support of Black artists and Black-owned businesses, and recognize the work we do at Enrich—we hope this series can serve as a model for influential organizations nationwide.”

Guests in attendance received one of 32 signed limited-edition artist proofs, an adaptation of Amanda Williams’ series What black is this, you say? in embroidered silk dupioni paired with a work on paper. Produced by EXPO CHICAGO and Open Editions, the work adopts the form of a dinner napkin and conventional swatch card used by fabric manufacturers, acting as a vehicle for messages written by the artist in response to the visual culture of protest.

EXPO CHICAGO has also partnered with Williams and Open Editions to produce a collectible and functional edition of What black is this, you say?. Based on her Instagram series, the artist’s interpretation of distinct hues of black will be presented as embroidered fabrics in a set of six dinner napkins. Each napkin in the set is sewn from a different type of fabric to portray a range of shade and texture. This edition includes an artist-designed swatch card, which features the fabrics in a conventional grid, paired with captions used in the original series. The open edition of What black is this, you say? is available for $85 and can be purchased online here. Proceeds from the sale of the edition will benefit Enrich Chicago to support anti-racism learning workshops, capacity-building training and leadership development for the Rising Arts Leaders of Color program.

EXPO CHICAGO, The International Exposition of Contemporary & Modern Art features leading international galleries alongside one of the highest quality platforms for contemporary art and culture. Hosted within historic Navy Pier’s Festival Hall, EXPO CHICAGO’s ninth edition will take place April 8 – 11, 2021. EXPO CHICAGO presents a diverse program, including /Dialogues (presented in partnership with the School of the Art Institute of Chicago) and Exchange by Northern Trust, an unrivaled talks program for both public and VIP audiences; IN/SITU, dynamic on-site installations highlighting large-scale sculpture, film, and site-specific work; and major public art initiatives, including IN/SITU Outside, public art installed throughout Chicago Park District locations, and OVERRIDE | A Billboard Project, a curated selection of international artists throughout the city’s digital billboard network. The EXPO CHICAGO program also features an unprecedented commitment to host curatorial initiatives during the exposition, including the Curatorial Forum in partnership with Independent Curators International (ICI), and the Curatorial Exchange, which partners with foreign agencies and consulates to expand the exposition’s global reach. EXPO CHICAGO is the publisher of THE SEEN, Chicago’s only international journal of contemporary and modern art criticism, distributed throughout the United States and Europe.

EXPO CHICAGO is presented by Art Expositions, LLC. Under the leadership of President and Director Tony Karman, EXPO CHICAGO draws upon the city’s rich history as a vibrant international cultural destination, while highlighting the region’s contemporary arts community and inspiring its collector base. For more information on EXPO CHICAGO and EXPO ART WEEK (April 5 – 11, 2021) visit expochicago.com.

Open Editions works with contemporary artists to manufacture, wholesale, and retail products that bring art to your daily life. Their goal is to provide artists with passive income in the form of royalty payments, and to provide meaningful objects that tell a story about these artists.

Amanda Williams (b. Evanston, 1974) is a visual artist who trained as an architect. Williams’ creative practice employs color as a way to draw attention to the complexities of race, place, and value in cities. The landscapes in which she operates belong to the visual residue of the invisible policies and forces that have misshapen most inner cities. The artist’s installations, paintings, and works on paper seek to inspire new ways of looking at the familiar, raising questions about the state of urban space and citizenship in America. Amanda has exhibited widely, including the Venice Architecture Biennale, a solo exhibition at the Museum of Contemporary Art (MCA) Chicago, and a public project with the Pulitzer Arts Foundation in St. Louis. She is a USA Ford Fellow, a Joan Mitchell Foundation Painters & Sculptors grantee, an Efroymson Family Arts Fellow, a Leadership Greater Chicago Fellow, and a member of the museum design team for the Obama Presidential Center. Her works are in the permanent collection of the Museum of Modern Art (MoMA), New York and the Art Institute of Chicago. Williams often lectures on the subject of art and design in the public realm, including talks at the Metropolitan Museum of Art and the New Museum's Ideas City series. Williams lives / works in Chicago, and is represented by Rhona Hoffman Gallery. www.awstudioart.com. 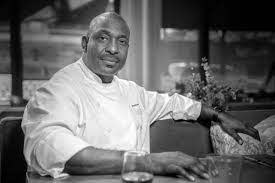 Named one of Esquire magazine’s Best New Restaurants of 2019, Virtue is an American southern restaurant leading with a culture of hospitality. Located at 1462 E. 53rd Street in the heart of Chicago’s iconic Hyde Park neighborhood, Owner/Chef Erick Williams curates an atmosphere via the lens of values and virtues instilled in him at a young age by both family and faith. Honesty, kindness and love fill the space, where guests are mattered and valued.  Williams, a 2020 nominee for a James Beard Foundation Award (Best Chef, Great Lakes) prioritizes cooking with dignity, while honoring the stories and intricate recipes of his ancestors. Virtue unites his decades-long fine dining experience and passion for Southern food, art and culture. Visit www.virtuerestaurant.com.

Named one of Esquire magazine’s Best New Restaurants of 2019, Virtue is an American southern restaurant leading with a culture of hospitality. Located at 1462 E. 53rd Street in the heart of Chicago’s iconic Hyde Park neighborhood, Owner/Chef Erick Williams curates an atmosphere via the lens of values and virtues instilled in him at a young age by both family and faith. Honesty, kindness and love fill the space, where guests are mattered and valued.  Williams, a 2020 nominee for a James Beard Foundation Award (Best Chef, Great Lakes) prioritizes cooking with dignity, while honoring the stories and intricate recipes of his ancestors. Virtue unites his decades-long fine dining experience and passion for Southern food, art and culture. Visit www.virtuerestaurant.com.