Fleetwood-Jourdain Theatre will stage Anna Deavere Smith’s award-winning one-woman play TWILIGHT: LOS ANGELES, 1992 from September 11 – 26, 2021, with Chicago actress Jazzma Pryor portraying nearly four-dozen people who were connected either directly or indirectly to the 1992 Los Angeles riots that erupted after the trial and acquittal of the police officers accused of assaulting Rodney King. Fleetwood-Jourdain Artistic Director Tim Rhoze, who will direct the production, made the announcement today.  Press opening will be Sunday, September 12 at 3 pm. 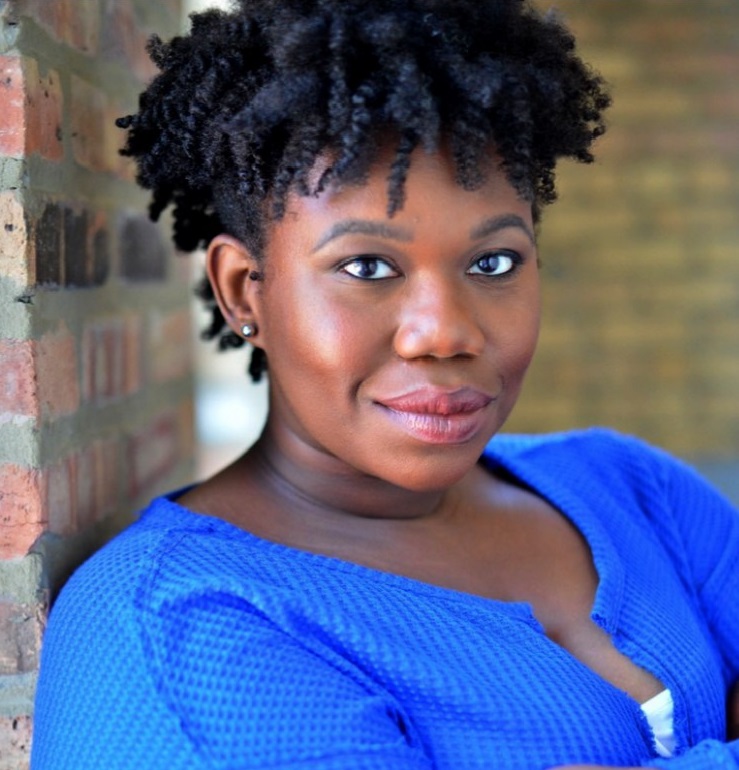 Pryor’s many theatre credits include DOUBT: A PARABLE for Irish Theatre of Chicago, HANNAH AND MARTIN and CRIME AND PUNISHMENT for Shattered Globe, and FROM THE MISSISSIPPI DELTA and SUNSET BABY for Fleetwood-Jourdain Theatre.

Rhoze has been Artistic Director since 2010 of Fleetwood-Jourdain Theatres, where he directed many productions, including his own script for MAYA’S LAST POEM and his scripts co-written with Stephen Fedo and co-produced with Piven Theatre Workshop: BLACK BALLERINA, and A HOME ON THE LAKE. His acting credits include roles with such companies as Steppenwolf, the Goodman, Northlight, and the Manhattan Theatre Club on Broadway.

TWILIGHT takes Smith’s interviews with more than 300 people about their reactions to the  events related to the 1992 riots, and weaves them into a series of monologues and real-life “characters.” Her script depicts such public officials as LAPD chief Daryl Gates and Congresswoman Maxine Waters; a nameless juror on the police trial; victims and instigators of violence in South Central; and residents of greater Los Angeles with their own view of the events, including opera singer Jessye Norman and actor Charlton Heston. The original Broadway production was nominated in 1994 for a Tony Award for Best Play and won the Drama Desk Award for Outstanding One-Person Show. THE NEW YORK TIMES called it “a rich, panoramic canvas of a national trauma” and praised it for its “its restless intelligence and passionate understanding.” A feature film version, with Smith reprising her performance, was released in 2000, and the play will be revived this fall in New York City by the non-profit Signature Theatre Company.


Anna Deavere Smith's performance piece TWILIGHT: LOS ANGELES, 1992, directed by Tim Rhoze and featuring Jazzma Pryor, tells the story of the Los Angeles riots in the aftermath of the 1991 Rodney King beating, from a variety of perspectives. Smith has collected fragments of monologues derived for actual interviews that both invite and provoke conversation. This timely, powerful performance play raises questions about race, power, truth, and justice. It reveals how myths, misinformation, and misunderstanding can lead not only to prejudice and stereotyping but also violence.

Tim Rhoze (Director/Co-Set Designer) has been the Producing Artistic
Director of Fleetwood-Jourdain Theatre since 2010. His directing credits include: THE MEETING, FIRES IN THE MIRROR, BLACK BALLERINA (co-writer),  NUTCRACKER(ISH), CROWNS, HAVING OUR SAY, FROM THE MISSISSIPPI DELTA, HOME, FOR COLORED GIRLS WHO HAVE CONSIDERED SUICIDE WHEN THE RAINBOW IS ENUF, WOZA ALBERT!, GOING TO ST. IVES, SINGLE BLACK FEMALE, A SONG FOR CORETTA, YELLOWMAN, SWEET, LADY DAY AT EMERSON BAR & GRILL, BEAR COUNTRY, NOBODY, FENCES, THE PIANO LESSON, AIN'T MISBEHAVIN, K2, THE GLASS MENAGERIE. Tim is also the writer/director of WHY NOT ME? A SAMMY DAVIS JR. STORY, and MAYA’S LAST POEM, both produced at FJT. He was co-writer and director of A HOME ON THE LAKE co-produced with the Piven Theatre Workshop.

Anna Deavere Smith (Playwright) is an American playwright, actress, author, journalist, and educator, known for her one-woman plays that examine the social issues behind current events. While teaching drama at Carnegie Mellon University, Smith explored methods for actors to create characters by studying real people engaged in actual conversations. Inspired by her research, she launched her own ongoing project, ON THE ROAD: A SEARCH FOR AMERICAN CHARACTER. From this material, she wrote several well-received plays. Her breakthrough work was FIRES IN THE MIRROR: CROWN HEIGHTS, BROOKLYN AND OTHER IDENTITIES (1992), which told the story of the racial tension that rocked the Crown Heights neighborhood of Brooklyn following an incident in 1991 in which the car of a Hasidic Jew went out of control and hit and killed an African American child. Smith crafted the play from her own in-depth interviews, and she performed all 29 roles, moving seamlessly from one character to the next. The show received high critical praise and was a finalist for the Pulitzer Prize.

Her 2008 one-woman play, LET ME DOWN EASY explores the resiliency and vulnerability of the human body, depicting more than 20 characters, who speak out about current events such as genocide in Rwanda, steroid use among athletes, AIDS in Africa, and the U.S. health care system. Another one-woman play, NOTES FROM THE FIELD (2016), explores the “pipeline” from school to prison for poor students in the United States. It was later adapted into a TV movie (2018), in which Smith also starred in a variety of roles.

Smith was the author of TALK TO ME: TRAVELS IN MEDIA AND POLITICS (2000) and LETTERS TO A YOUNG ARTIST (2006). She was awarded a John D. and Catherine T. MacArthur Foundation fellowship (a “genius grant”) in 1996, and she received the National Humanities Medal in 2013.
(Bio edited from entry in Brittanica.com)

Founded in 1979, Fleetwood-Jourdain Theatre is a professional, award-winning theatre company that has been thrilling audiences with over three decades of unique, inspirational, and invigorating African American and African Diaspora-centered storytelling. The company has been honored in the Black Theatre Alliance/Ira Aldridge Awards. From original plays to the best of Broadway, Fleetwood-Jourdain Theatre has remained committed to supplying the very best in theatre. "Umoja!! ….Working Together in Unity" is the foundation from which FJT began and continues to thrive!

It is our mission to present powerful, thought-provoking, community-centered Theater Arts programming with a commitment to diversity and creative excellence. We are dedicated to providing a nurturing and creative environment for directors, playwrights, set, light, and costume designers, as well as for experienced and novice performers. In this positive environment, they can develop their skills and fully express their talents. The Fleetwood-Jourdain Theatre  is funded in part by the Illinois Arts Council, A State Agency.

Connect with nature on September 25th