FOOTLIGHT PLAYERS ANNOUNCE THEIR NEW BOARD OF DIRECTORS

On July 14th, at the first monthly meeting of the Footlight Players 72nd season, a new Board of Directors was voted into office.

The Footlight Players 72nd season of shows include:

Footlight Players have plans to put on an adult workshop of a brand new script, I DON'T BELIEVE WE'RE IN KANSAS ANYMORE written and directed by Robert W. Komendera in late September and a new playwright's production of LA CASA DE LOCOS, penned by Michael J. Thomas in early December.

The Footlight Players have strong connections with our community.  In addition to award winning entertainment, we offer free children's workshops as well as the $1,000.00 Robert W. Komendera Acting Scholarship available to our county's high school seniors.

Footlight Theatre is located at 1705 Franklin Street in the heart of Michigan City.

Footlight Players meet every 2nd Wednesday of the month at 6:00 PM.  We are always on the look-out for new members. No experience needed, just a love of theater and our community. 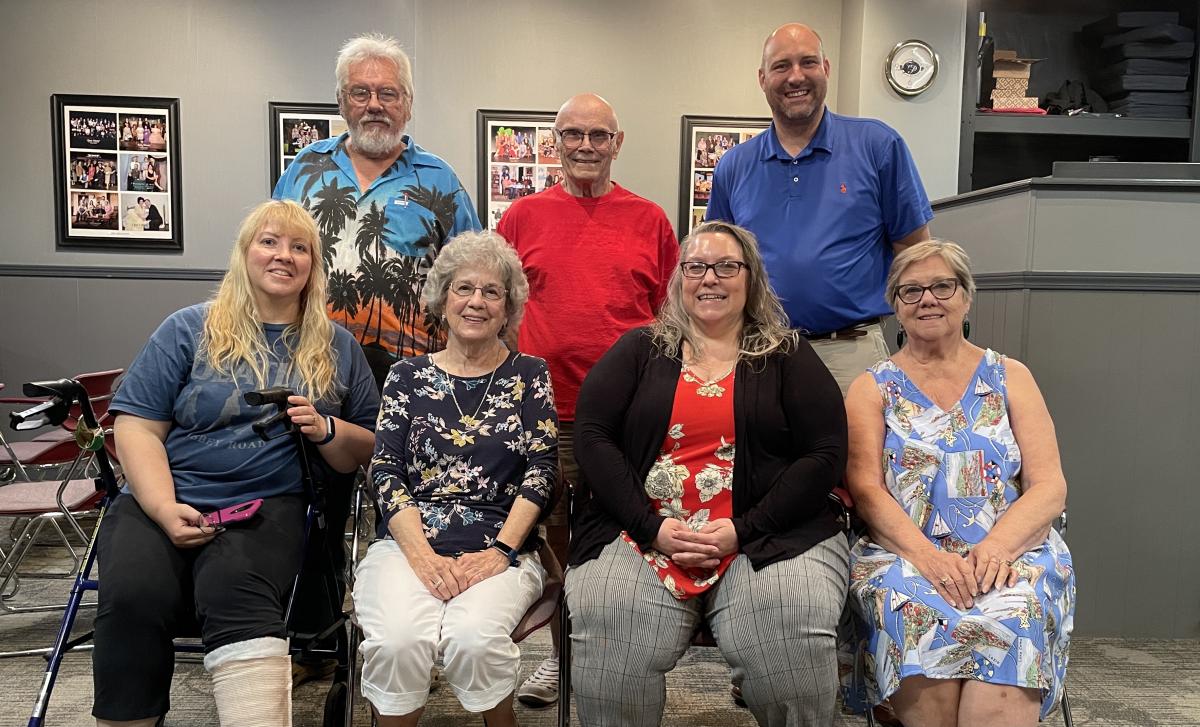