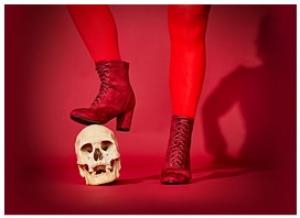 At a certain point in her career, Sarah Bernhardt (Terri McMahon) was the most famous actress in the world.  She was loved by the masses, and by the critics.  She even had her own theater.  Although she had it all, she had a problem – she desperately needed money, so she needed a successful play. 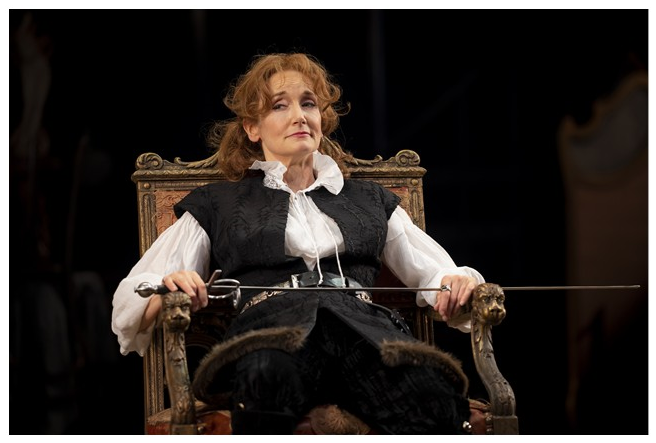 She’d outgrown ingénue roles, considered herself way too young for character parts, and absolutely refused to play Camille again.  Poor Sarah!  What’s an actor to do?  Play Hamlet, of course.  It’s only the greatest role ever written for an actor – and Sarah is the best!

Over the objections of practically everyone, Sarah is bound and determined to do Hamlet.  She’s cast her friend, Constant Coquelin (Larry Yando) as the ghost; Lysette (Amanda Drinkall) as Ophelia.  As she’s rehearsing, she’s loving the freedom of the pants but the lines are really tricky.

When the cantankerous critic, Louis Lamercier (William Dick), who’d loved her in every previous role, dropped in – interrupting rehearsal to remonstrate with her, she argues that only a woman can play the part of the brooding Prince because he’s so young in age (19 or 20), yet so old in attitude.  She says 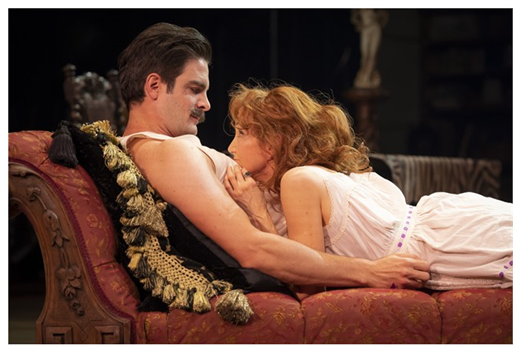 that mature actors look too old for the part, while the younger men don’t have the maturity the part requires.

In the midst of a really steamy reunion with her lover, playwright Edmund Rostand (John Tufts), who has been in the country trying to write a new play, she asked if there was a part for her.  Although Rostand has a wife and a new baby, he’s obsessed with Sarah.  Since his new play isn’t going as well as he’d hoped, Sarah wants him to re-write Hamlet for her.

When her beloved son, Maurice (Luigi Sottile) arrives, Sarah was overjoyed to see him.  When he questioned 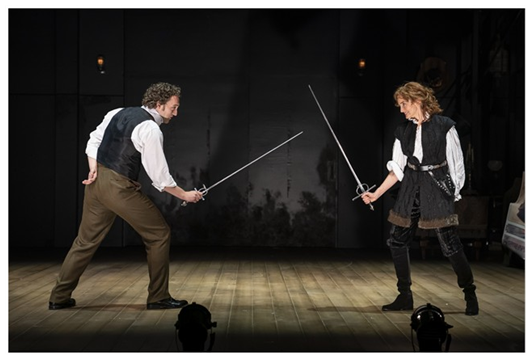 her decision to do Hamlet, she explained that she really, really needed the money.  I loved their mother-son sword play which proved that a woman can play a man.

When Sarah reads Rostand’s new play, she’s furious about the way he wrote the female character.  It’s ridiculous to think that a woman wouldn’t be able to tell the difference between two male voices just because the speaker is shadowed by a balcony.  She did think the part of Cyrano would suit Constant Coquelin. 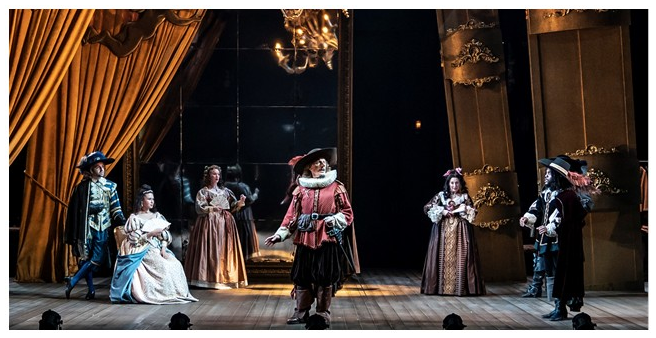 In Act II, the play wanders away from Sarah’s Hamlet to a full-stage, costumed scene from “Cyrano de Bergerac” – with Larry Yando in the role of Cyrano.

The play has a rather cryptic ending, in which Sarah walks off into a smoky spotlight in slow 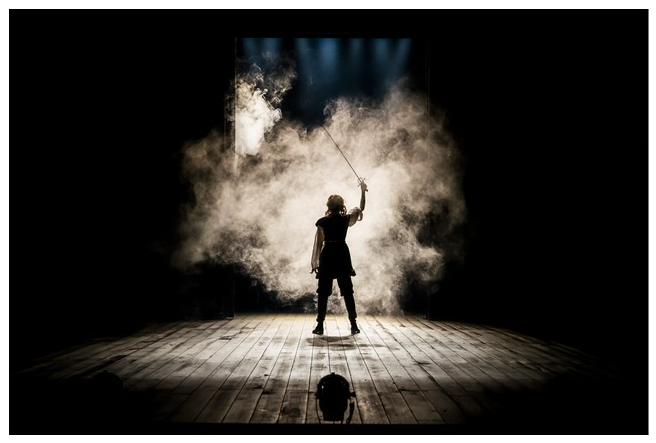 motion.  I thought she was walking into filmdom, since there had been an earlier comment about moving pictures, and I knew Sarah Bernhardt had done at least one film.  My friend Crista wasn't so sure about that.

“Bernhardt/Hamlet” runs through October 20th in the Albert Theater at the Goodman Theatre, 170 N. Dearborn, Chicago.  Most reasonable parking options for the Goodman is the Government Center garage on Lake between LaSalle and Dearborn, online advance payment at www.interparkonline.com/goodmantheatre, $18.