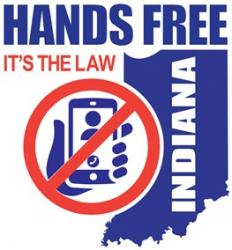 The effort to make Indiana’s roads safer was a key piece of Gov. Holcomb’s 2020 legislative agenda and was approved by the Indiana General Assembly with overwhelming bipartisan support. Gov. Holcomb signed the measure into law on March 18. 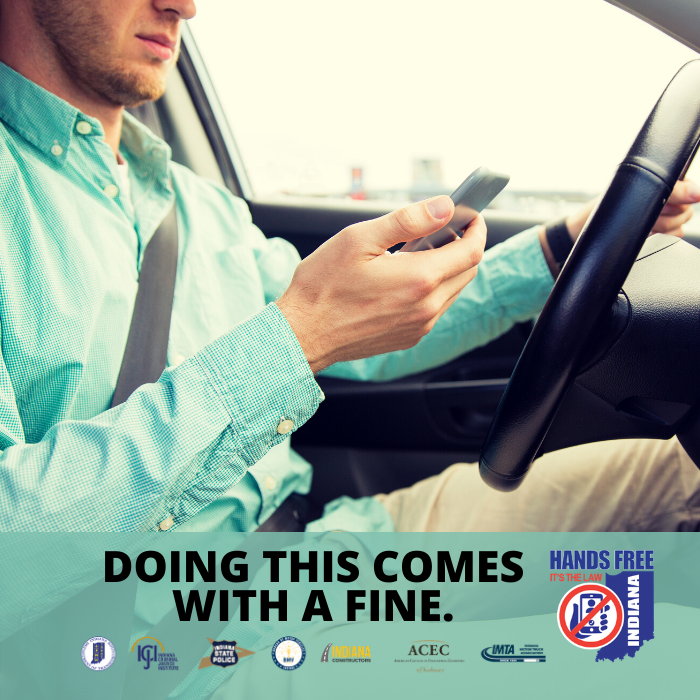 “As drivers, we all have a responsibility to our fellow Hoosiers to limit eye and hand distractions that can result in tragic injuries and deaths,” Gov. Holcomb said. “This law is about protecting those who travel our roads and those who build and maintain them by preventing as many crashes as possible through smart education and enforcement.”

Once the law takes effect, drivers on Indiana roads will be prohibited from having a mobile device in their hands while their vehicles are moving, with the exception of dialing 911 in an emergency. The law permits the use of voice-operated or hands-free technology such as speakerphone, Bluetooth or headset.

“Drivers need to keep their eyes up, hands on the wheel and stay focused on driving to keep everyone on our roads safe,” Indiana Department of Transportation Commissioner Joe McGuinness said. “The Hands Free While Driving law will save lives by reducing the number of senseless crashes that happen as a result of distracted driving.”

Across the United States, serious traffic crashes and fatalities have sharply increased in recent years due in large part to distracted driving. In 2019, Indiana Criminal Justice Institute reported that distracted driving from mobile devices was a factor in at least 1,263 crashes and three fatal crashes. Requiring drivers to put smartphones and other devices away and focus on driving is proven to reduce crashes and deaths. According to the National Highway Traffic Safety Administration, states that have passed hands-free driving laws have seen a nearly 20 percent decrease in traffic deaths in the two years after passing the law.

“Nothing on your phone or tablet justifies taking your focus off the road and putting lives at risk,” Indiana State Police Superintendent Doug Carter said. “Our mission is to educate drivers on the dangers of distracted driving and enforce the hands free while driving law to get every person traveling and working on our roads home safely.”

During the first few months with the Hands Free While Driving law in effect, Indiana State Police will focus on educating drivers on the new law and safety benefits of going hands free. However, following the initial education campaign, drivers found in violation of the hands free while driving law can be subject to fine. Beginning in July 2021, drivers may also have points assessed against their driver’s licenses for violating the law.