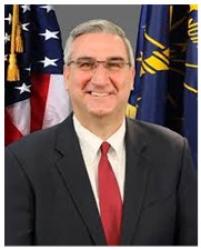 In 1999 Indiana was the first state in the nation to pass such a law requiring motorists to move to an adjacent traffic lane, or reduce their speed by 10 miles per hour below the posted speed limit if unable to change lanes safely when driving by an emergency vehicle stopped along the side of the road, such as a police car, fire truck or ambulance. 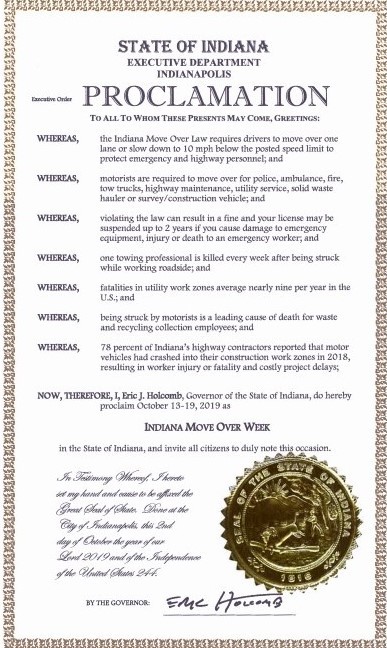 Indiana’s law was originally crafted and passed as the result of the death of Indiana State Police Trooper Andrew Winzenread, who was killed in April of 1997 while assisting a stranded motorist on I-74 in Dearborn County.  Now, 20 years after Indiana enacted its Move Over Law, every state, with the exception of Hawaii has some form of a move over law.

To commemorate the week’s designation, The Indiana Towing and Wrecker Association and other interested groups are hosting their second annual Move Over Indiana Day in the parking lot south of the Indiana State Fairgrounds on 38th Street on Saturday, October 19, 2019 from 9:00 a.m. to 11:30 a.m.  This event provides the community an opportunity to meet and speak with professionals from the varying occupations for whom Indiana’s Move Over Law benefits the most.  The event will also include a “Touch a Truck” for children featuring vehicles covered by the Move Over Law.

To learn more about Move Over Laws in other states, please visit: https://www.moveoveramerica.com/