"I Am the Bear" now posted for free viewing on ChicagoPuppetFest.org 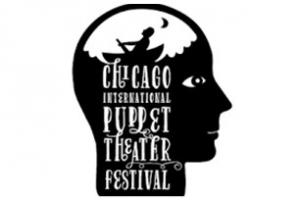 A wintery morning. A walk to work. A curious encounter. A terrifying exchange.

Chicago theater artist and educator Jerrell L. Henderson’s world premiere short puppet film I Am the Bear, based on his experience being racially profiled by police on Chicago's North Shore, is a brief allegory on what it means to be Black in America,

Thanks to special funding from Healing Illinois, formed to heal the harms caused by racism, the Chicago International Puppet Theater Festival was able to produce and present I Am the Bear, Henderson’s new short film adapted from his signature one-man puppet play about the consequences of “walking while Black.”

This new virtual production of I Am the Bear is now posted for free viewing on the Festival’s website, chicagopuppetfest.org/I-Am-The-Bear, through July 15.﻿

Henderson, a director, puppeteer and assistant professor of performance studies, said “I hope Black and Brown folx see I Am the Bear and know that they are not alone. That many of us have experienced rage for being made to feel terror and rage at the hands of the police. I hope the fact that I used my creativity to unpack my trauma provides an example for others who may seek a productive avenue to unpack theirs.”

“For others,” Henderson added, “I hope that this piece provokes them to use more discretion before calling the police on Black and Brown people. Lastly, I hope I Am the Bear encourages competence on the part of more officers as they perform their civic duty. Honestly, stopping the first few Black people you see when something is going down, or just because, and then spouting the phrase ‘You fit the description’ isn't just racist, it's lazy.”﻿

I Am the Bear was initially developed by Henderson as a monologue and was transformed with puppetry for The Chicago International Puppet Theater Festival’s Living Room Tours during the 2020 pandemic.

This new virtual production of I Am the Bear was developed by Henderson with support from the Chicago International Puppet Theater Festival and Artistic Director Blair Thomas. The project was funded in part by a Healing Illinois grant from the Illinois Department of Human Services with The Chicago Community Trust. Healing Illinois is a new statewide initiative launched last year to address the harms caused by racism.

“The Festival’s mission is to establish Chicago as a prominent center for the art of puppetry and advance the form,” responded Blair Thomas, Artistic Director, Chicago International Puppet Theater Festival. “Particularly during this crucial time, we are grateful to Healing Illinois for recognizing the power of the arts to foster social change and for helping bring this important work by one of Chicago’s top professional puppeteers to an international audience.”

Jerrell L. Henderson performs I Am the Bear for a socially distanced audience at the Chicago International Puppet Theater Festival’s 2020 Living Room Tour.﻿

Jerrell L. Henderson is a director, puppeteer, and an assistant professor of performance studies. He recently co-created the original short puppet film Diamond’s Dream, which was commissioned and released by Chicago Children’s Theatre on MLK Day 2021. His directing credits include Mlima’s Tale with Griﬃn Theatre (Jeﬀ Award Nomination for Direction and Best Play), Thurgood with Walnut Street Theatre and The Very Hungry Caterpillar Show for Chicago Children’s Theatre. Other credits include The River with BoHo Theatre, Untitled with Inis Nua Theatre (Barrymore Award Nomination for Outstanding Direction of a Play) and Something Like A War: A New Musical with 11th Hour Theatre. His shadow play adaptation, 3 American Myths: A Riﬀ in Shadow & Light in 3 Rhythmic Movements was a finalist for a 2019 Jim Henson Foundation Grant. As an assistant director, Henderson has worked with The Goodman Theatre, Steppenwolf Theatre, and Lookingglass Theatre. He received an MFA in Directing from Northwestern University, is a member of the Lincoln Center Directors Lab (2012), an Artistic Associate of Black Lives Black Words, and a Henson Foundation sponsored participant at the Eugene O’Neill Theater Center National Puppetry Conference (2020). For more, visit jerrell-henderson.com.﻿

Healing Illinois is a racial healing initiative of the Illinois Department of Human Services (IDHS), in partnership with The Chicago Community Trust, designed to distribute $4.5 million grants to organizations across the state to begin, or continue, the work of racial healing. The goals of Healing Illinois are to:

To date, the festival has presented three multi-week, citywide festivals in 2015, 2017 and 2019. Chicago’s puppet festival has quickly grown to be the largest of its kind in North America, attracting more than 14,000 audience members biannually to dozens of Chicago venues large and small to enjoy an entertaining and eclectic array of puppet styles from around the world.