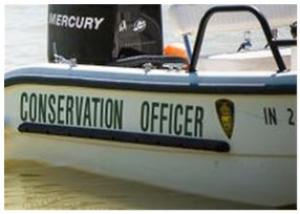 The incident occurred today at approximately 4:00 p.m. near the 10000 block of South Ohio Street in Keystone, Wells County.

The juvenile female was swimming in a private pond when she went under the surface of the water.  911 was called and first responders arrived on the scene a short time later.

The child was recovered in approximately 8-13 feet of water after approximately 20 minutes by a member of the Liberty Center Volunteer Fire Department.