Invictus Theatre Company today announced casting for its production of Shakespeare’s HAMLET, the opening production in its fifth season of plays. The popular tragedy will be performed October 21 through November 21, 2021 in the company’s new venue at 1106 W. Thorndale Avenue in Edgewater (the space formerly known as The Frontier). Press opening is Monday, October 25 at 7:30 pm.

Charles Askenaizer, the company’s Artistic Director, will direct the production and play the titular Prince of Denmark. Claudius, the uncle and presumed murderer of Hamlet’s father, will be played by Joseph Beal, Invictus’s Shylock in their 2019 production of THE MERCHANT OF VENICE. Polonius will be played by Darren Jones, who was the Earl of Gloucester in Redtwist’s KING LEAR and whose film and TV credits include Spike Lee’s CHI-RAQ and episodes of CHICAGO FIRE and CHICAGO PD. Diane Sintich, who was director of Invictus’s 2020 live streaming production of ‘NIGHT, MOTHER and is an actor with credits including CHICAGO MED, LAW AND ORDER: CRIMINAL INTENT, and Invictus’s OTHELLO, will be Gertrude. Ebby Offord, director of Invictus’s upcoming RUINED, will play Ophelia. 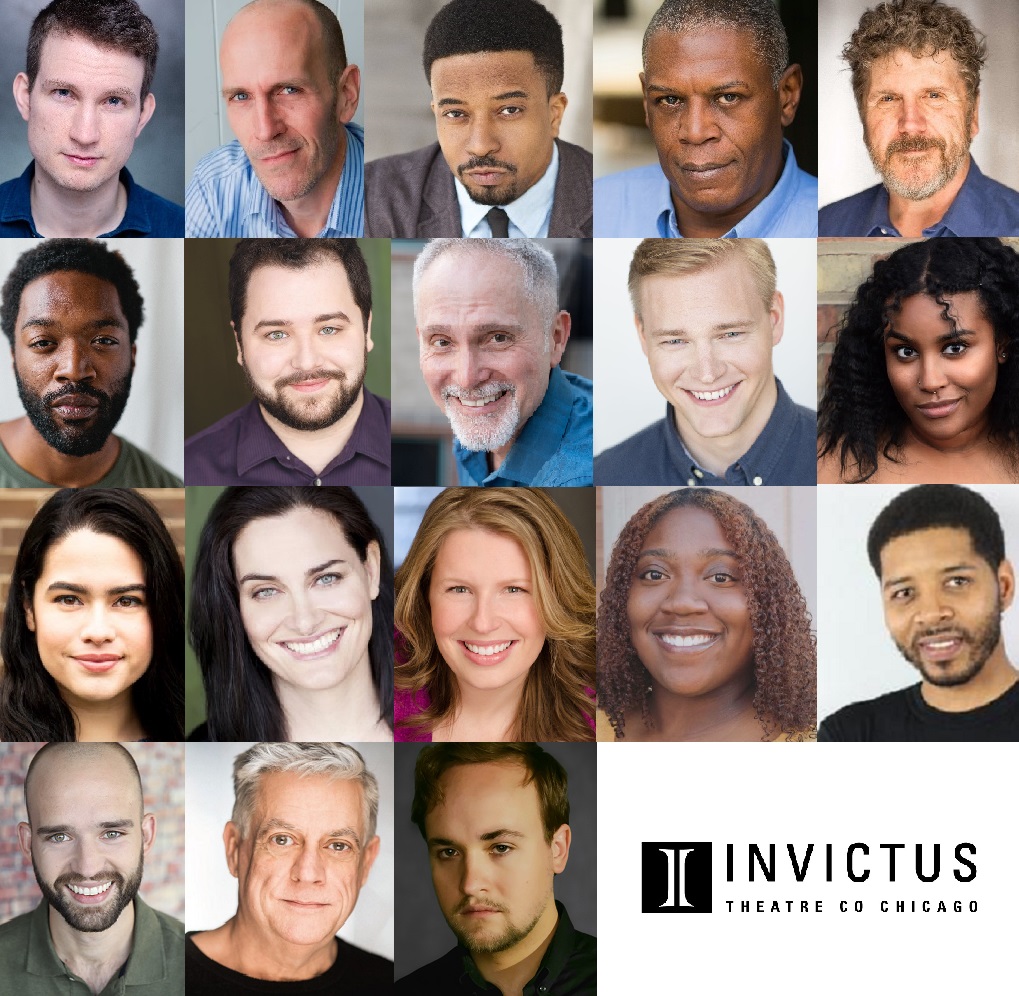 Charles Askenaizer says, “While we often think of Shakespeare’s plays as being large and spectacular, which they can be, HAMLET is at its heart, an intimate piece. In major moments of the play, it’s just us and Hamlet, as he is deep in his thoughts while he contemplates taking revenge on the uncle who he believes has murdered his father. Even when Hamlet is with others, much of the play’s conflict happens between Hamlet and just one or two other people. We’re looking forward to giving our audiences the chance to see this classic in such close quarters.”

Invictus Theatre Company has, over its five-year history, built a reputation for intimate and honest interpretations of classics with fidelity to the original texts and close attention to character development. The CHICAGO READER’s Kerry Reid praised the “fearless and layered performances” of the company’s live stream production of “NIGHT, MOTHER in 2020. Of their 2019 A RAISIN IN THE SUN, Reid said director Aaron “Boseman’s production goes for broke with heartfelt zest, spilling over the edge of Kevin Rolfs’s appropriately tiny dingy set.” Nancy Bishop of the THIRD COAST REVIEW said of Invictus’s 2018 MERCHANT OF VENICE that “Charles Askenaizer’s direction results in a smoothly performed production of what is considered one of Shakespeare’s problem plays—and it may make you squirm in your seat as you’re sitting very close to the action.”

Tickets for HAMLET are on sale now at www.invictustheatreco.com.

One of Shakespeare’s most popular plays – in his time as well as in ours - HAMLET concerns the young Prince of Denmark, who is trying to decide whether or not to murder the uncle who he believes killed his father and then married his mother. One of the most influential works of literature, it contains one of the greatest roles ever written for an actor and such famous lines as “To be or not to be,” “The play’s the thing,” and “to thine own self be true.”

At Invictus Theatre Company our mission is to create theatre that promotes a better understanding of language: its poetry, its rhythm, its resonance; through diverse works by diverse artists. We respect the power of heightened language: spoken, written, sung; to express the breadth of the human condition. We work to harness the power of language: to promote diversity, to engender respect, to foster collaboration; and to empower our communities to share their voices.

Invictus Theatre Company incorporated in January 2017 and received its 501 (c)(3) nonprofit status in February 2017. A diverse group of Chicago actors and directors founded Invictus with the vision to empower their communities through theatrical productions of heightened language. We are committed to the idea that our productions should reflect the communities we represent, and, to that end, we are committed to non-discriminatory hiring practices. In working with local artists, designers, and production teams, Invictus Theatre Company does not discriminate on the basis of race, sex, sexual orientation, gender identity, ability, nationality, citizenship, religion, or any other protected status by law.