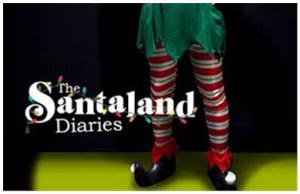 **** Recommended **** Goodman Theatre’s production of “The Santaland Diaries”, written by David Sedaris and adapted for the stage by Joe Mantello.  In his 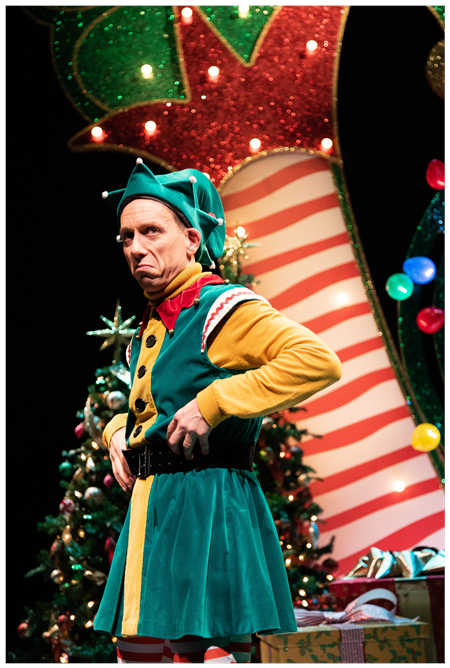 The story opens as Sedaris (Strafford) walked on stage in street clothes.  He began by talking about his move to New York to be a writer.  He fantasized that he’d walk into the production offices of popular soap opera, “One Life to Live”, and immediately snag a writing job.  When reality caught up – and he was down to his last $20 – he applied for a seasonal job he thought would 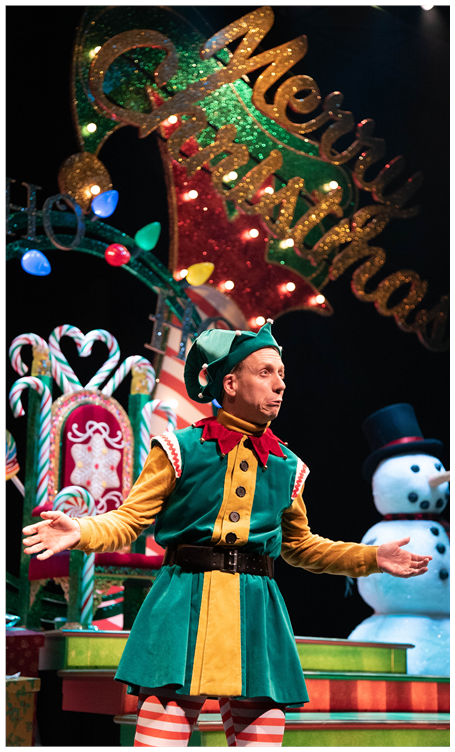 be a snap.  He quickly learned that Macy’s took the job a little more seriously, making him go through interview after interview and drug tests, too.

Announcing he’d gotten the job, Sedaris {Strafford) opened one of the conveniently placed over-sized blocks on Kevin Depinet’s fanciful Santaland set and pulled out his costume.  Shedding his cords, he revealed red and white candy-striped tights.  Taking off his shirt, he replaced it with gold turtleneck.  Over that, he wore a green velvet smock, green pointy-toed shoes and a charming green elf hat.  His elf name would be Crumpet. 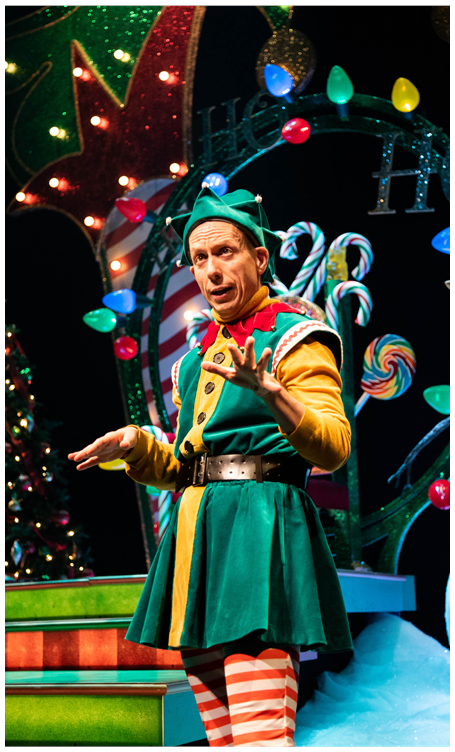 For the next 45 minutes or so, Crumpet shares his experiences in a series of vignettes.  Elf placement, near Santa or far, far away, determined whether he’d be helping people line up or hurrying them out of Santaland.  Over the next month or so, he dealt with abusive customers, whining and/or crying children, ‘photo’ mothers and a pair of obnoxious fathers who asked Santa for women with big boobs.  He had stories about the other elves and the various Santas, a couple of whom should never have been allowed out in public.

Strafford was a terrific Crumpet.  He had exactly the right amount of snark – not too sarcastic yet totally ‘in your face’ funny.

“The Santaland Diaries” runs through December 29th in the Goodman’s Owen Theatre, 170 N. Dearborn, Chicago.  You can buy parking at the Government Center garage or the theatre district garage at www.interparkonline.com/goodmantheatre.  Those options are both pretty pricey.  Using SpotHero we found a garage on Wells Street (just three blocks west on Lake) for $10. 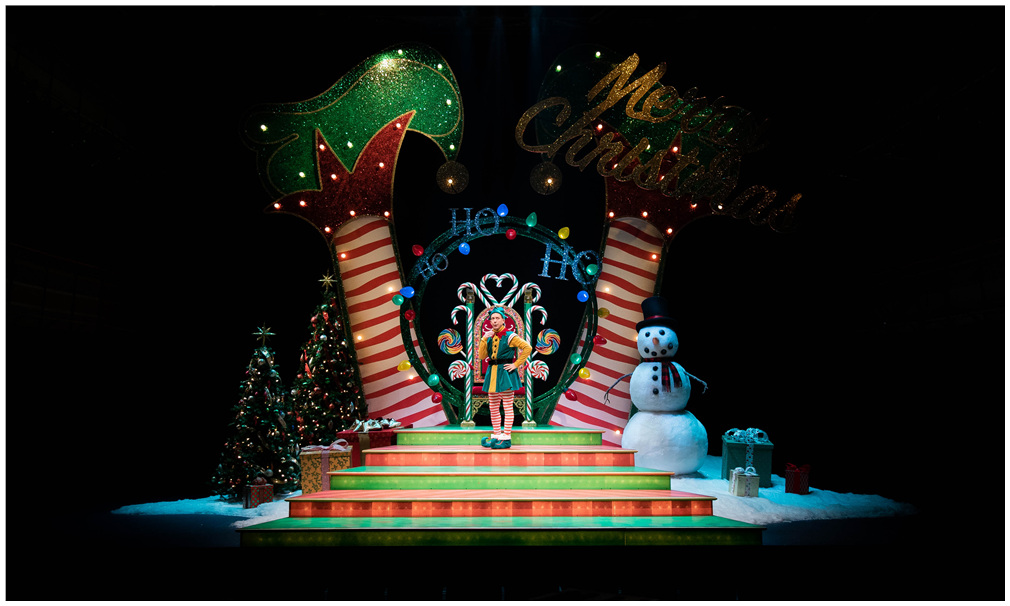