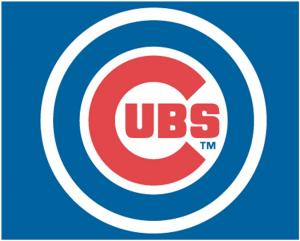 “Theo and I have been communicating about this possible move for a couple of years, and we have been working together toward a transition that makes sense for the Cubs and for him,” said Cubs Chairman Tom Ricketts. “The timing is right for a number of reasons, and most importantly we are both thrilled that Jed is the person succeeding Theo. We have had our most successful period in over a century under Theo’s leadership, and we are grateful for everything he has given to this organization and this city. Jed has been a big part of that success, too, and offers a combination of continuity and a fresh perspective that will serve us well as we look forward to another period of sustained success.” 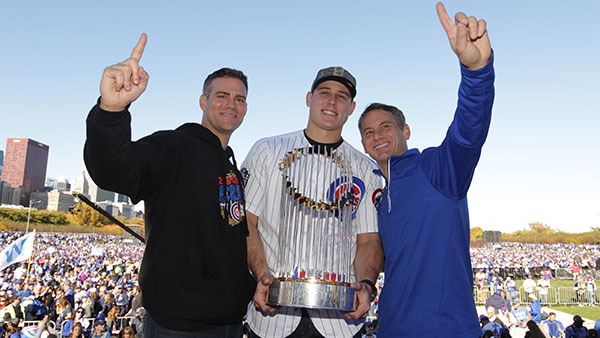 “For the rest of my life, I will cherish having been part of the great Chicago Cubs organization during this historic period,” said Epstein. “All of the things that have made this experience so special — the fans, the players, the managers and coaches, ownership, my front office colleagues, the uniqueness of the Wrigley experience, the history — make it so tough to leave the Cubs. But I believe this is the right decision for me even if it’s a difficult one. And now is the right time rather than a year from now. The organization faces a number of decisions this winter that carry long-term consequences; those types of decisions are best made by someone who will be here for a long period rather than just one more year. Jed has earned this opportunity and is absolutely the right person to take over this baseball operation at such an important time.

“I am grateful to everyone with the Cubs: to the Ricketts family for this opportunity as well as for their loyalty; to the fans for their support and the depth of their emotional connection with the team; and to the players, coaches, staff and my front office colleagues for their friendship, excellence and dedication to helping us accomplish our initial goals of regular October baseball and a World Championship.”

“I have been so fortunate to work alongside Theo for 17 of the last 19 years,” said Hoyer. “I could not have had a better mentor or a more loyal and trusted friend. He has already changed two storied franchises with his passion, creativity, intellect and leadership. I have no question that the next chapters in his career will be equally impressive and impactful.

“I am thankful to the Ricketts family for bestowing me with the opportunity to lead the Cubs baseball operation. For the last nine years, I have worked alongside so many dedicated colleagues with one goal in mind — to build a team and an organization that makes Cubs fans proud and provides them with memories of a lifetime. I am thrilled that this leadership transition will provide continuity to a department that has had tremendous successes over the past six seasons. Ultimately, this transition is about the future, and I look forward to constantly pushing the Cubs to evolve and grow to ensure that there is sustained success at Wrigley Field.”

After rebuilding seasons in 2012-14, Epstein’s Cubs have amassed 505 regular season victories since 2015, second-most in the N.L. and third-most in the majors behind only the Dodgers (528) and Astros (510). The Cubs are one of just four clubs to make at least five postseason appearances in the last six seasons, joining the Dodgers, Yankees and Astros.

Epstein, who prior to joining Chicago led Boston to World Series titles in 2004 and 2007, departs the organization as one of just five executives all-time to lead multiple organizations to World Series titles. He is just the fourth to do so in both leagues, joining Hall of Famers Pat Gillick and John Schuerholz as well as Dave Dombrowski. Epstein, who was 30 during the 2004 World Series, remains the youngest general manager in baseball history to win a championship.

Hoyer, 46, enters his 20th season in baseball operations and his 10th with the Cubs. He has been involved in a leadership role in every aspect of the Cubs’ Baseball Operations department under Epstein, helping the organization revamp its amateur and professional scouting departments while creating and expanding the research and development analytics group. Starting in 2015 following the team’s rebuild, Cubs pitching has ranked second in the majors with a .235 opponent batting average and .690 opponent OPS while the team’s 3.66 ERA ranks third in that span. Cubs hitters in the last six seasons lead the N.L. and rank second in the majors with a .332 on-base percentage while their .755 OPS ranks fourth in the N.L.

Prior to joining the Cubs, Hoyer served as general manager of the Padres for the 2010-11 seasons, and in 2010 guided the club to its fourth 90-win campaign in the franchise’s 42-year history despite featuring the lowest payroll in baseball. At the 2010 All-Star break, he acquired six-time All-Star and 2002 A.L. MVP Miguel Tejada along with outfielder Ryan Ludwick. The 2010 squad had a 15-win improvement over the 2009 Padres club (75-87), the largest win improvement among any team in the majors that season.

Hoyer began his major league career with the Red Sox from 2002-09 and was actively involved in player development, major league scouting, quantitative analysis and advance scouting. He was a member of Epstein’s baseball operations department that won a pair of World Championships (2004 and 2007), advanced to four League Championship Series (2003, 2004, 2007 and 2008) and won 95 or more games six different seasons.

A native of Plymouth, N.H., Hoyer is a graduate of Wesleyan University, where he helped lead the Cardinals to the championship game of the NCAA Division III World Series in 1994 as a pitcher and shortstop.

Make it to the Table, Don't Drink and Drive this Thanksgiving