The Kids steal the show in Marriott's "Oliver!" - Review by Carol Moore 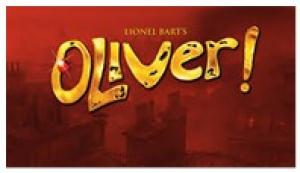 By the way, “Oliver!” is based on the Charles Dickens novel, “Oliver Twist”, an exposé of the cruel treatment of orphan children in London, who were usually underfed in the workhouses, forced to work at menial jobs, and/or recruited by criminals to be trained as thieves. 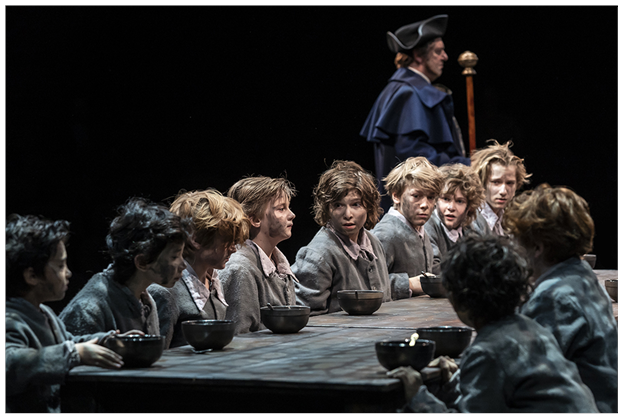 The success of a show like “Oliver!” rides on the shoulders of the kids who play Oliver Twist and the Artful Dodger, Kai Edgar and Patrick Scott McDermott.  In the Marriott production, they steal the show, they’re so good.  I watched their faces and even when they weren’t the center of attention, they stayed in character.

Marriott started the show with an interesting piece of staging.  Four older, obviously wealthy gentlemen were eating a sumptuous dinner, as the workhouse orphans sang “Food, Glorious Food”.  During the song, the gentlemen left, the maids cleared the table, and the orphans sat on stools (conveniently tucked underneath) to eat their bowls of food. 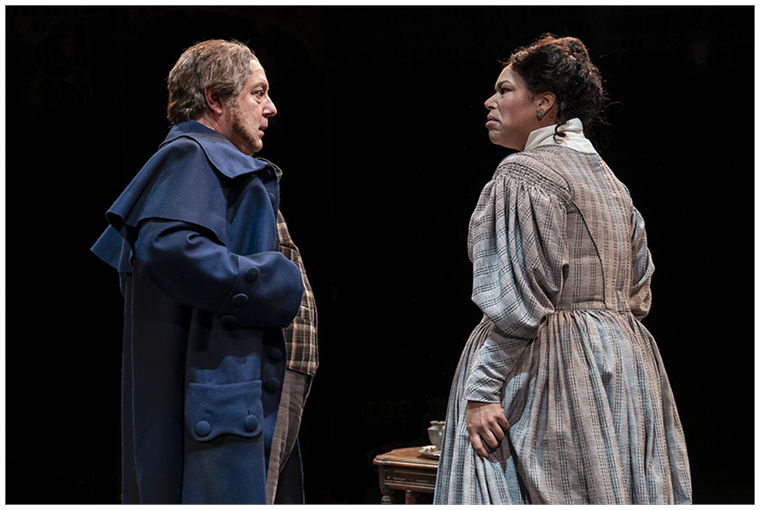 When one unfortunate urchin asks for more, the delightfully evil Beadle, Mr. Bumble (Matthew R. Jones), wants to know his name – never a good thing!  Widow Corney (Bethany Thomas) is delighted to provide the urchin’s name, which of course, is Oliver, Oliver Twist (Kai Edgar alternating with Kayden Koshelev).  By the way, a Bumble-Corney romance provides a little light relief to an otherwise gloomy plot.

Bumble wanted Oliver gone, so he took him to the Sowerberry Mortuary where the cool and calculating Mrs. Sowerberry (Caron Buinis) asked if he could cry real tears.  When Oliver demonstrated that he could, she thought he could bring in more money (enhance the experience for their customers) if he wore a wear a black mourning suit and followed the hearse.  Mr. Sowerberry (Jason Grimm) took him on, but grumbled about it. 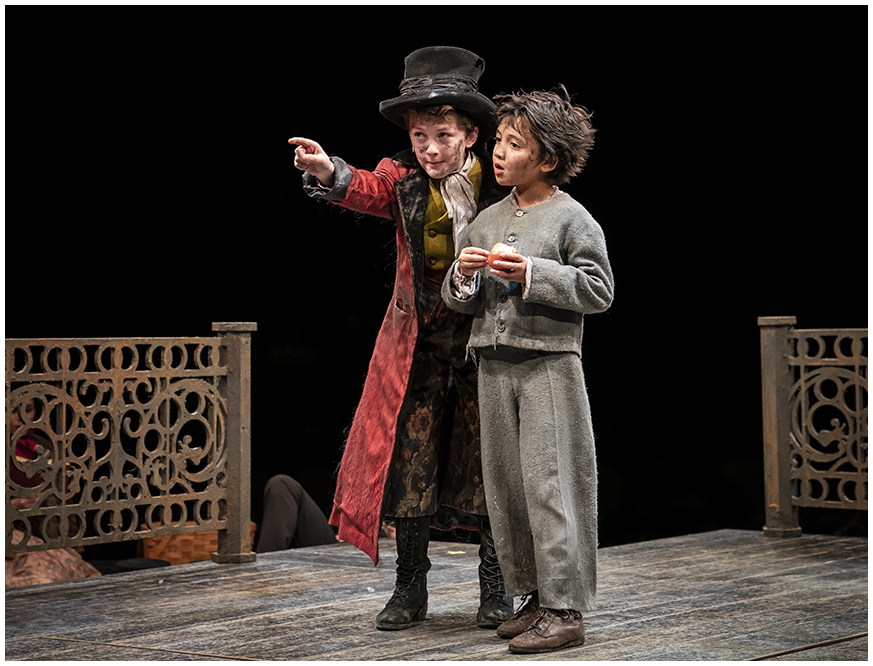 When Noah Claypole (Gilbert Domally), who was flirting with Charlotte Milkmaid (Kelly Felthous), hit him, Oliver ran away.  Dodging through the market, he fell into the company of The Artful Dodger (Patrick Scott McDermott), a cheerful pickpocket who offered to lead him to a safe place to stay.  The Dodger’s safe place is Fagin’s (William Brown) hangout where Oliver’s training begins as the Gang sing “Pick a Pocket or Two.”

With his brooding presence, Bill Sykes (Dan Waller) intimidates everyone who crosses his path as he stalks through a previously raucous tavern.  Nancy (Lucy Godinez), one of Fagin’s girls even after she grew up, confesses her love for Sykes in “I’d Do Anything” and “As Long as He Needs Me.”

Sent out for the very first time, Oliver is caught trying to pick the pocket of Mr. Brownlow (Terry Hamilton), who took him in.  The next day when Oliver volunteered to return some books for Mr. 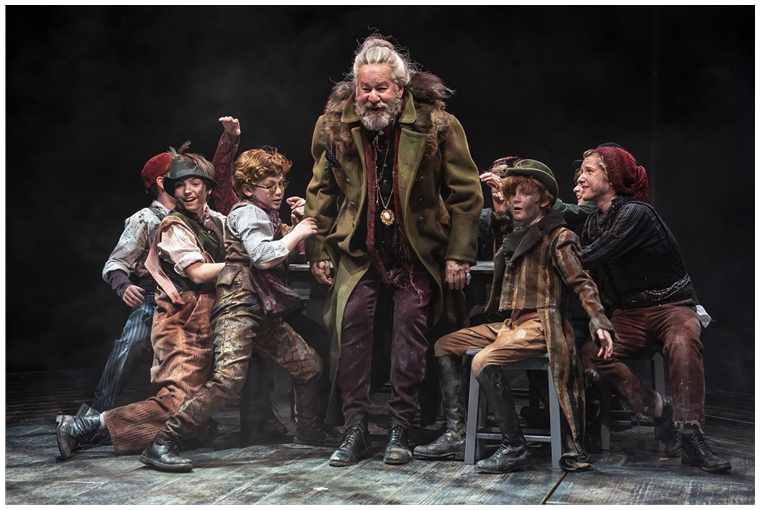 Brownlow, Nancy grabbed him off the street, dragging him back to Fagin’s.  Later that day, Nancy tried to protect Oliver from Bill Sikes’ threats.  When she realized that she couldn’t stop Sikes, she contacted Mr. Brownlow and offered to bring Oliver to him.

Meanwhile, Old Sally (Cassie Slater) made a deathbed confession to the newly – and very unhappily – married Mr. & Mrs. Bumble.  She stole a locket from Oliver’s mother after she died.  It seemed that Oliver is not without wealthy relatives, so the Bumbles are scrambling to find him.  Hoping for some money, they go directly to Oliver’s grandfather, who turns out to be Mr. Brownlow!

I’ve seen several versions of “Oliver!” over the years, and I think that Dan Waller is one of the creepiest, meanest Bill Sikes I’ve ever seen. 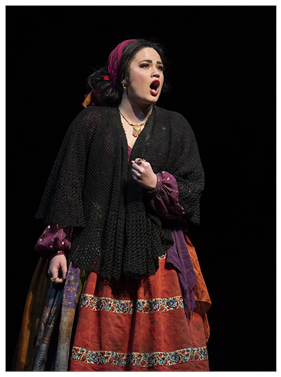