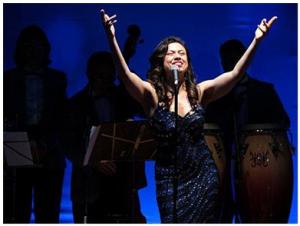 If you go to “La Havana Madrid”, you’ll be spending your evening in a nightclub straight out of the ‘60s.  You can even reserve a table for the evening.  You’ll enjoy the salsa sounds of Carpacho y Su Súper Combo with vocals by the mysterious La Havana Madrid (Sandra Delgado) herself.  Kudos to Delgado, I can’t even imagine someone else in that iconic part!

“La Havana Madrid” is composed of vignettes from people who went to the club.  In addition to the empathy/sympathy I felt for these people, I got a history lesson.