"Neighborhood Voice" airs on Tuesdays at 7:23 AM on 89.1 FM.  The feature also airs later on Tuesdays during Regionally Speaking at 11 AM and at 4:21 PM during All Things Considered.  Podcasts are available on our LakeshorePublicRadio.org website and on NPR One. 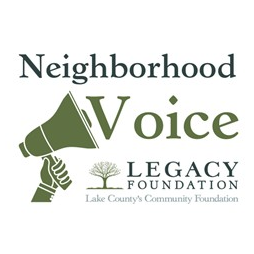 “Lake County is home to many minority entrepreneurs who strengthen the local small business community,” said James A. Muhammad, President and CEO of Lakeshore Public Media. “Through this partnership with the Legacy Foundation, "Neighborhood Voice" is getting the word out about these businesses; letting listeners from all across Northwest Indiana discover them for themselves.”

"At Legacy Foundation, we are committed to taking immediate and long-term action to uplift the voices, the needs, and the rights of every minority group," said Erica Fizer, Director of Marketing & Communications for Legacy Foundation and host of "Neighborhood Voice".

Upcoming guests scheduled to appear in the coming weeks are Michelle Wainwright , owner of Cute as a Cupcake in Merrillville;  Jeffrey Colby, owner of Playboy Barber & Style Shop in Gary; and Pat Boyd of Shear Creations in Gary.

With support from the Legacy Foundation, Lakeshore Public Media sees this series as chance to serve its ongoing mission to be the recognized media resource for citizens of all ages to experience lifelong learning, celebrate human diversity, and engage in civic concerns.

“Sharing diverse perspectives from across our region is a staple of Lakeshore Public Radio,” Muhammad said.  “Lakeshore strives to bring local programming and community conversations that engage our audience – especially those in Northwest Indiana – where we were created to serve.”

Legacy Foundation invests in nonprofit services and capacity building efforts throughout Lake County, Ind. Through the generosity of a wide base of donors, Legacy Foundation has awarded $40 million in grants and scholarships to nonprofit organizations and individuals since its founding in 1992. Learn more at www.legacyfdn.org.