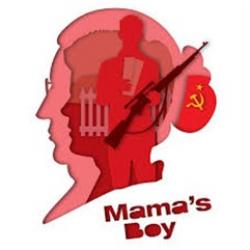 I was a freshman in college when President Kennedy was assassinated.  I remember that I was in the dorm playing bridge when someone ran in with the horrible news.  I spent the next several days glued to the TV – just like everyone else in the country – watching events in Dallas and Washington, D.C. play out.

Since I mentioned him in the first paragraph, you’ve probably figured out that the ‘Boy’ in the title is Lee Harvey Oswald.  The central character, ‘Mama’, is Oswald’s mother, Marguerite Oswald.  Marguerite Oswald was a malignant narcissist, detached from reality, psychopathic, and probably certifiable.  Even at the time, people called her crazy because of her off-the-wall conspiracy theories. 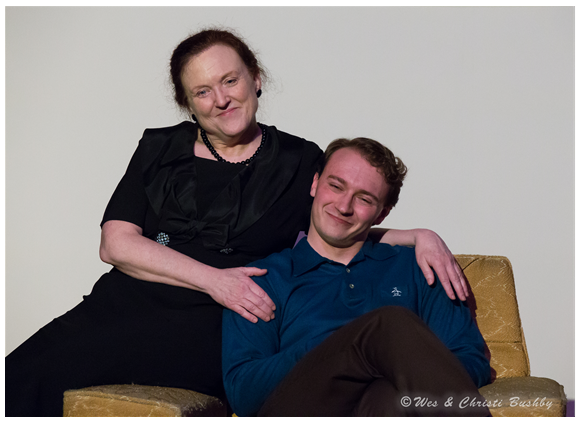 In between the various scenes in the play, Marguerite Oswald (Suzanne Nyhan) stands in a spotlight at center stage and explain herself and her theories directly to the audience.  For example, when Lee defected to Russia, Marguerite decided that he was actually an undercover agent of the CIA.  By the way, Urbanati said that he had taken most of her comments directly from her testimony before the Warren Commission.

Marguerite divorced her first and third husbands, while the second, the only one she said she truly loved, died of a heart attack.  Left without any money and three sons to raise, she put her older sons, John Pic and Robert Oswald, in an orphanage, but kept Lee with her.  To say she doted on Lee would be an understatement – they slept in the same bed until Lee was twelve!

When Lee Harvey Oswald (Martin Downs) returned from Russia with a new wife, Marina (Rosie O’Leary), in tow, he stayed with his brother Robert (RJ Cecott) and his family.  When Lee finally called Marguerite a few days later, she was overjoyed he was home but furious he hadn’t called her.  She not only moved them in with her, she told them what to do and when to do it.  When they’d had enough, they moved out, leaving no forwarding address, but Marguerite was relentless and tracked them down. 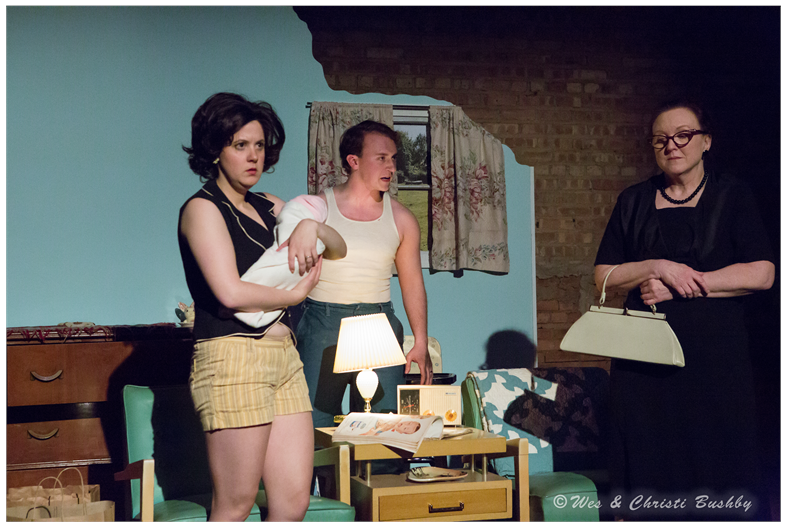 When Lee was arrested after the JFK’s assassination, Marguerite didn’t believe he’d done it, coming up with some really crazy conspiracy theories, which she was ready to expound to anyone who would listen.  She even posited that perhaps the CIA had ordered a ‘mercy killing’ due to Kennedy’s ill health. 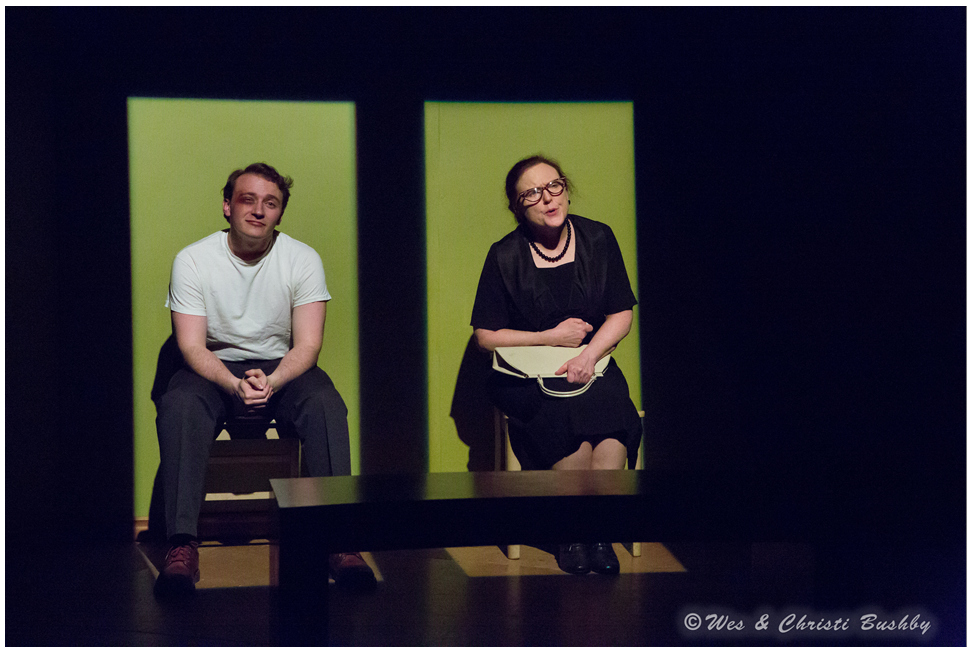 By the way, kudos to Suzanne Nyhan.  She was supposed to be Assistant Director for this play, but ended up stepping into the role just a couple of days before opening.  She was letter perfect and deliciously demented as Marguerite Oswald!

“Mama’s Boy” was a production of the Towle Theater (52005 Hohman Ave., Hammond), directed by Jeff Casey, with Set and Costume Design by Kevin Bellamy.