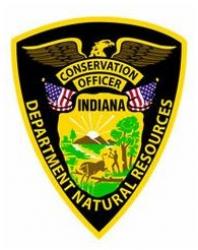 Dale Carter, age 49, of Evanston, was found on County Road 1200 East near the town of Evanston after he had apparently lost control of his four wheeler and been ejected from it. He sustained head and chest trauma. He was flown to St. Vincent Hospital in Evansville, where he died on Nov. 26 as a result of the injuries.

The accident happened just north of C.R. 1050 North on C.R. 1200 East sometime before 7:38 p.m. The cause is unknown. Carter was not wearing a helmet or protective gear.