Award-winning actor/musician/composer Michael Mahler celebrates Sir Paul McCartney. CHICAGO SUN-TIMES raves, "Mahler is insanely talented.” An accomplished writer and composer, he is a co-composer/lyricist of THE SECRET OF MY SUCCESS - soon to open its world premiere engagement at the Paramount Theatre in Aurora, a contributing lyricist to the Broadway/London revival of MISS SAIGON, and composer/lyricist of MIRACLE THE MUSICAL, OCTOBER SKY, and HERO. A Chicago theatre favorite, Mahler starred in LITTLE SHOP OF HORRORS, INTO THE WOODS, and HOLIDAY INN; and music-directed BUDDY: THE BUDDY HOLLY STORY. In a tour de force performance, Beatlemaniac Mahler rocks McCartney classics like “Maybe I’m Amazed,” “Let It Be,” and “Hey Jude.”

Next up in the series will be SIGNED, SEALED, DELIVERED: JOHN-MARK MCGAHA SINGS STEVIE WONDER on June 15 and 16. 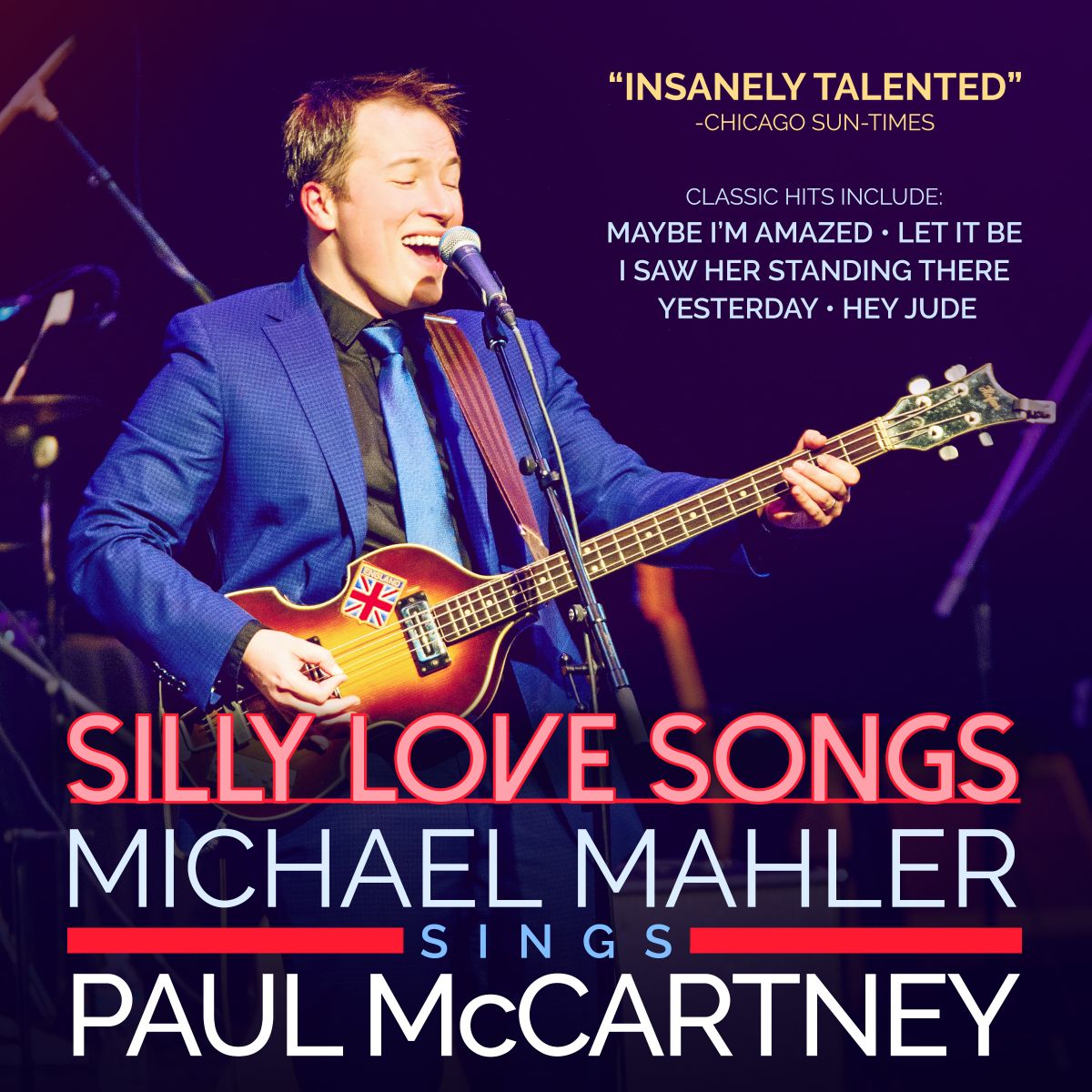 ABOUT THE ARTIST: Michael Mahler is an award-winning actor, musician, and composer; recognized as an important emerging voice in American Musical Theatre. Mahler contributed additional lyrics to the London and Broadway revivals of MISS SAIGON and served as premiere English lyricist for Boublil and Schönberg’s LA REVOLUTION FRANCAISE. Mahler composed the musicals MIRACLE THE MUSICAL, THE SECRET OF MY SUCCESS, OCTOBER SKY (San Diego Theatre Critics Circle Award), HERO (Jeff Award), THE MAN WHO MURDERED SHERLOCK HOLMES (Jeff Award), DIARY OF A WIMPY KID, ROCKNE, WONDERLAND: ALICE’S ROCK & ROLL ADVENTURE, HOW CAN YOU RUN WITH A SHELL ON YOUR BACK?, and others. His songs have been performed in concerts and showcases around the globe including an evening at the Kennedy Center. 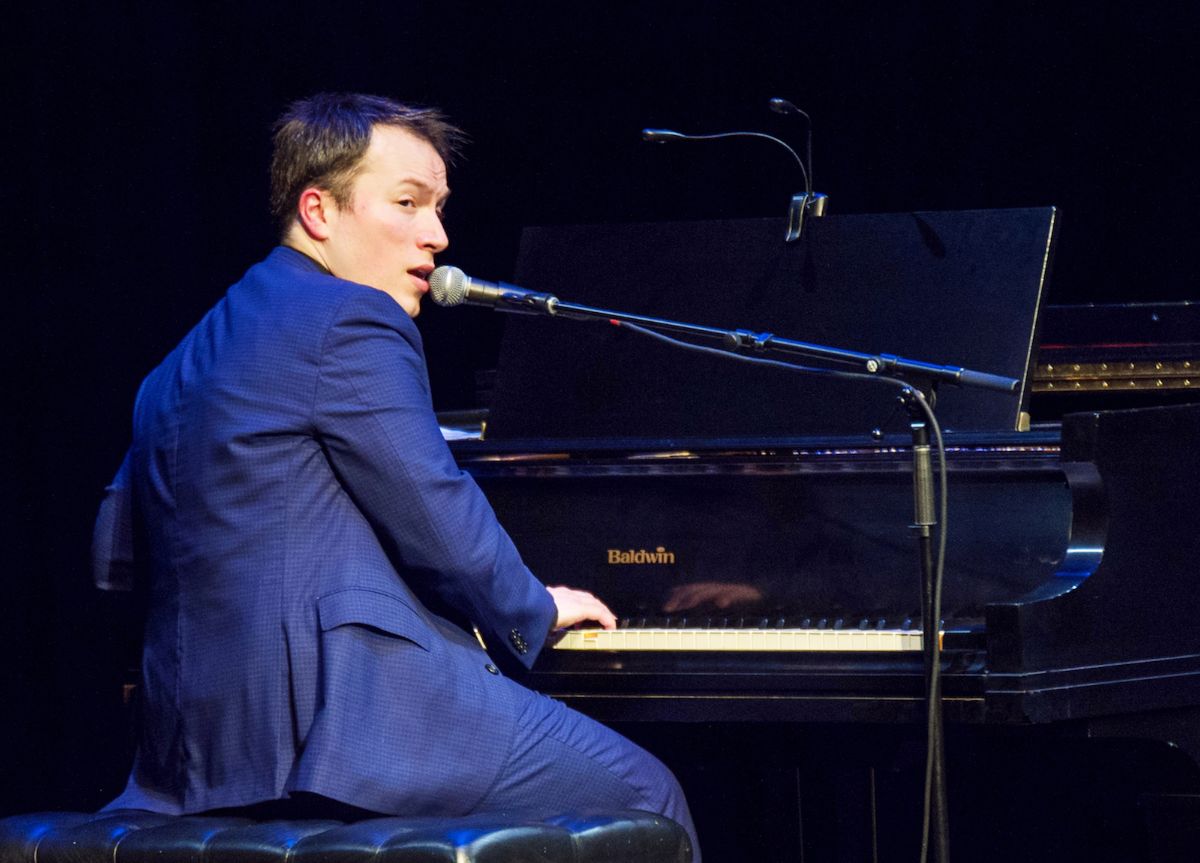 Titles and artists for all the 2020 Artists Lounge Live series concerts at Marriott Theatre are now on sale. The first in the series, SILLY LOVE SONGS: MICHAEL MAHLER SINGS PAUL MCCARTNEY, March 9 and 10, 2020, will be followed in June with SIGNED, SEALED, DELIVERED: JOHN-MARK MCGAHA SINGS STEVIE WONDER on June 15 and 16. Finishing out the summer and welcoming fall will SOUTHERN NIGHTS: MICHAEL INGERSOLL SINGS GLEN CAMPBELL on September 14 and 15. Marriott Theatre favorite Heidi Kettenring will return in the 2020 holiday season with MERRY CHRISTMAS, DARLING: HEIDI KETTENRING SINGS KAREN CARPENTER on December 14 and 15. Tickets for all 2020 concerts are $55.00. Marriott Theatre subscribers receive a 20% discount. Tickets can be purchased by calling the box office at 847-634-0200, in person at the Marriott Theatre Box Office, or online at Ticketmaster.com (subscriber discount only available at Marriott Theatre Box Office). Marriott Theatre is at 10 Marriott Drive, Lincolnshire, IL 60069.

ABOUT THE PROJECT: Artists Lounge Live is a dynamic concert series featuring popular music of yesterday performed live by tremendous talent of today. Rising stars of stage and screen pay homage to the icons that influenced them in emotional evenings of storytelling and song. In addition to showcasing superb musicianship, powerful storytelling sets Artists Lounge Live apart. Shows explore the lives of icons with empathy and delve into the landscape of America when the music was being made. Headliners are not impersonators; rather, they are artistic descendants to the icon they cover. By sharing their gratitude, the artists offer audiences a piece of their heart. Artists Lounge Live hopes that as you fall in love with the music all over again, you’ll also fall in love with the featured artist dedicated to keeping your music alive for the next generation. Producer/performer Michael Ingersoll states, "Popular music is our shared heritage and we honor it the best way we know how: by gathering together to enjoy live entertainment. We believe in the restorative power of live entertainment, for both the individual and the community." artistsloungelive.com

Artists Lounge Live shows are created by husband and wife team Michael and Angela Ingersoll. Michael is known for starring as Nick Massi of the Four Seasons in JERSEY BOYS, launching the original San Francisco, Los Angeles, and Chicago runs. He went on to start the retro-rock vocal group Under the Streetlamp; recording, touring, and co-starring in the quartet's multiple PBS concert specials. Angela is an Emmy-nominated actress who headlines concert stages nationwide in GET HAPPY: ANGELA INGERSOLL SINGS JUDY GARLAND, as seen on PBS. She won acclaim portraying Garland in the play END OF THE RAINBOW, including Chicago’s Jeff Award and LA Times Woman of the Year in Theatre. The couple live in Chicago.