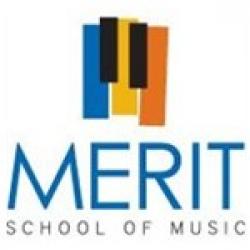 Merit School of Music is thrilled to announce two leadership updates: Adrienne Thompson, Project Director of Chicago Musical Pathways Initiative, is named Vice President for Enrollment and Student Services, a new Merit School of Music position, and James Hall is promoted to the new Project Director for Chicago Musical Pathways Initiative. Transition to these roles begins immediately and will be complete by January 1, 2022. 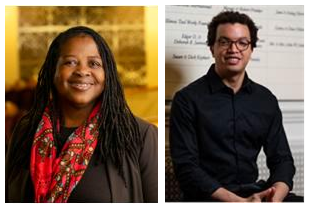 Adrienne Thompson has served as the Project Director of Chicago Musical Pathways Initiative (CMPI) since 2019. A nationally-noted champion for excellence and equity in classical music, Thompson will lead Merit’s efforts supporting the recruitment of new students, stewardship of current students, class registrations and payments, awarding of scholarships and financial aid, and ensuring a welcoming, vibrant experience for students and families, in this new role. She will continue to oversee the success of CMPI, serving as project advisor beginning January 1, 2022. In this new CMPI role, Thompson will guide the team she has built since 2019.

A native Chicagoan, Thompson returned to the Midwest in 2019 from the Atlanta Symphony Orchestra’s acclaimed Talent Development Program, which supports Latinx and African American students who want to pursue careers in classical music. Prior to her leadership role at the Atlanta Symphony, for twenty years, Thompson was a high school-level orchestra director at a primarily African American school in Georgia where she raised the level of the student musicians from Level 3 to Level 6 over a five-year period. Thompson received a degree in flute performance from Chicago’s Sherwood Conservatory of Music (now part of Columbia College Chicago) and has an MBA from Indiana University. In 1968, as an eighth grader, Thompson became one of the first African Americans to attend Mount Greenwood Elementary School, known as the “Mount Greenwood 7.”

James Hall, a double bassist, administrator and educator, has served as the Project Manager of Chicago Musical Pathways Initiative since 2019. Originally from Baltimore, Maryland, Hall holds degrees in Double Bass Performance from the Peabody Institute of Johns Hopkins University and from Northwestern University, where he was the recipient of a full-tuition scholarship. He was a member of the Civic Orchestra of Chicago from 2008-2010 and has performed with numerous professional ensembles in Chicago and the Midwest, including the Chicago Composers Orchestra and the Dubuque Symphony among others. As an educator, Hall was previously a public school orchestra director in Howard County, Maryland, overseeing increased enrollment in each successive year of his tenure. Prior to joining CMPI, he served as the Manager of Community Programs and Civic Orchestra Engagement at the Chicago Symphony Orchestra, where he managed the prestigious Civic Orchestra Fellowship program and worked to expand access to classical music in communities throughout Chicago.

“I am happy and thankful that we have such great leadership capability in Adrienne and James,” said Charlie Grode, President & Executive Director of Merit School of Music. “Adrienne has shown time and again that she enables people and programs to exceed their goals by building skill and culture in high-performing teams. Her leadership will be critical to Merit’s growth of our student body over the next five years. James’ strong professional experience as an administrator and teacher has been essential in building CMPI in partnership with Adrienne. He is exactly the right person to now step up and lead the initiative. We are thrilled to welcome Adrienne and James into these new roles and look forward to advancing Merit’s and CMPI’s dedication to excellence and belonging in classical music with strong support from both of them.”

For over 40 years, Merit School of Music has been dedicated to helping young people transform their lives by providing equal access to the highest quality music education, with nearly 70 percent of students benefitting from need-based financial aid and low-cost instrument rental. Merit enables motivated students, regardless of economic circumstance, to develop their talent and to use music as a springboard for achieving their full personal potential, with 100 percent of our conservatory graduates going on to college.