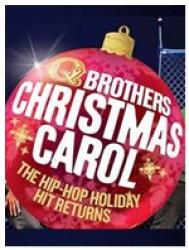 This “ad-rap-tation” of the Dickens classic features clever, rhyming lyrics, the most up-to-date slang and texting terminology, and a completely different take on 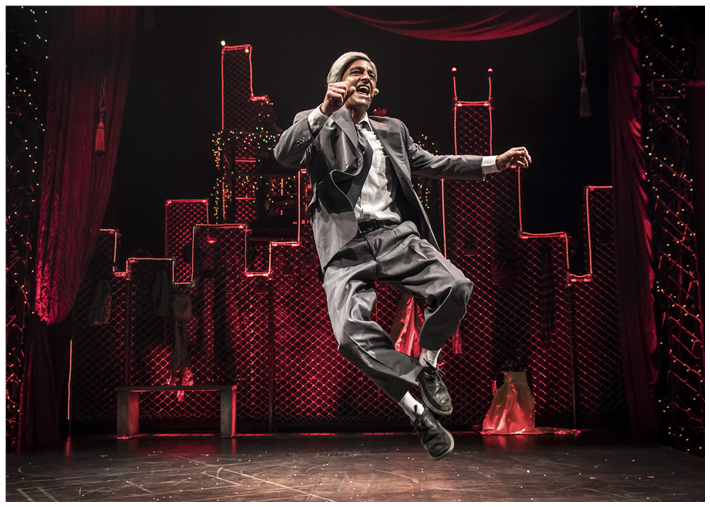 the characters.  It’s really amazing how well the story holds up when it gets attitude.  Wearing a really ugly grayish-white wig, GQ plays Scrooge.  Donning different hats, scarves, aprons and some incredibly ugly wigs, JQ, Jax (Jackson Doran) and Pos (Postell Pringle), play all of the other characters.

Scrooge is deeply in love with his cleverly marked money bag.  When his long-suffering clerk, Bob Cratchit (Pos), tries to raise the thermostat, the miser stops him.  A visit from a pair of Jewish do-gooders, Eli and Rahm Emmanuel, (JQ and Jax) is a good reason for a rant.  A visit from his nephew, Fred (Jax), wearing a holiday-themed infinity scarf, bearing a gift and an invitation to dinner and #charadesallnight, is the last straw. 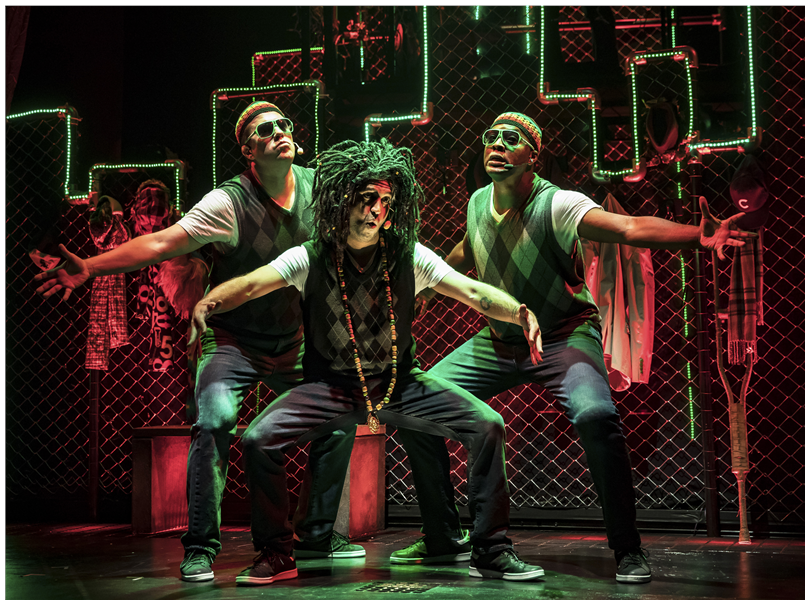 After dodging traffic on his way home, Scrooge is visited by the ghost of his long-dead partner, Jacob Marley (JQ).  Marley’s hell includes a new look - really bad dreadlocks – and an eternity of reggae music provided by a pair of Rastafarians (Jax and Pos).  He warns Scrooge to expect some holiday visitors.

Christmas Past (Pos), wearing an oh-so-80s red track jacket, takes Scrooge back to that very tacky decade and reacquaints him with a couple of hapless school friends (Jax & JQ).  They are just too hopelessly nerdy to even talk to a girl – without the help of Ebenezer, the girl magnet. 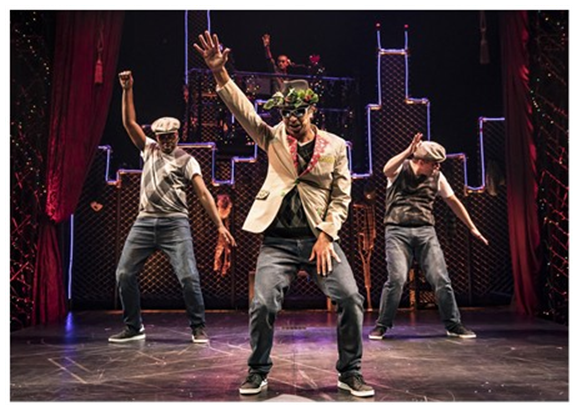 was obsessed with Jamaican hair, joined the company, Scrooge got more obsessed with money than he was with Nell.  Watch carefully as JQ rapidly switches between Nell’s blond braids and Marley’s Rastafarian dreads in this scene!

Meanwhile, at the Cratchit house, Mrs. C. (Jax), wearing an apron and with her hair in rollers covered with a hairnet, is fixing the Cratchit Christmas dinner, 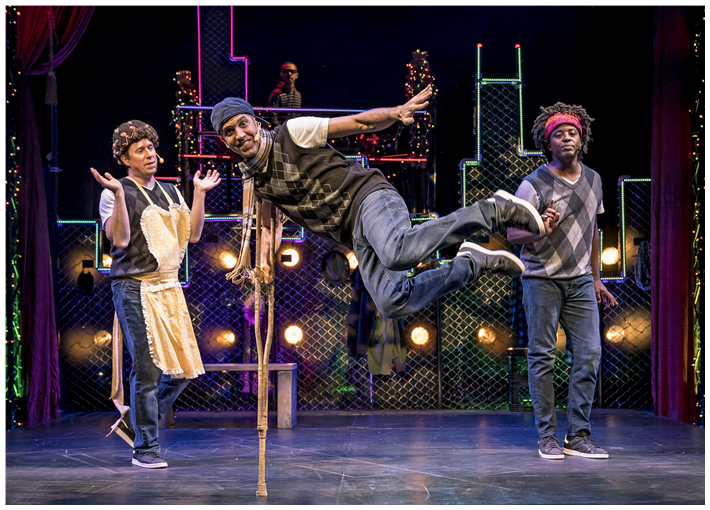 corn.  In this scene, Pos plays both Bob and Martha Cratchit.  As they sing about food, Lil’ Tim (JQ) ends each chorus with yet another strange malady – rabies, scurvy, pre-existing conditions, gout, and so on.  Lil’ Tim does some amazing dance moves with his crutch, too.

Talented DJ Clayton Stamper, who entertains both before and after the performance, spins everything from reggae to rock ballads, along with hip-hop, throughout the performance.  By the way, you don’t need to understand (or even like) hip-hop music to love “A Q Brothers Christmas Carol”. 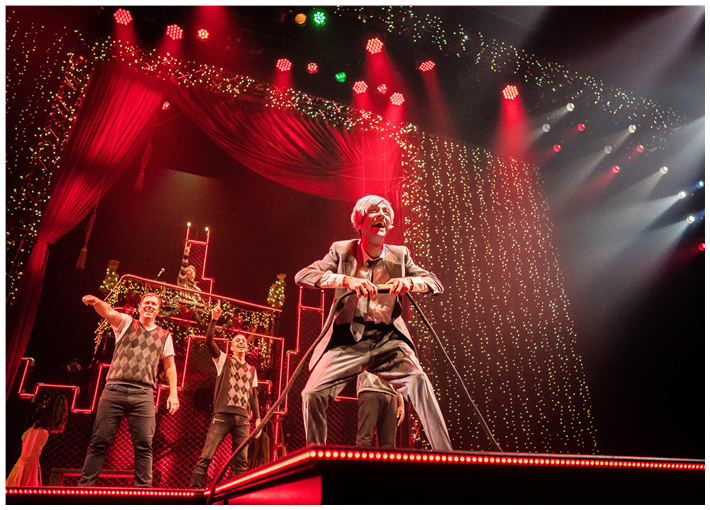 “A Q Brothers Christmas Carol” runs through December 23rd in The Yard at Chicago Shakespeare Theatre on Navy Pier, Chicago.  Parking is available at a 40% discount in the Navy Pier Garages with validation from CST.