National Endowment for the Arts Supports the Arts in Indiana 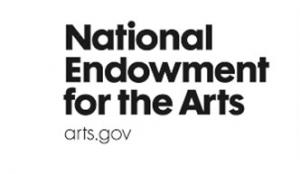 “The creativity and resilience of artists and arts organizations across the country have inspired Americans during this challenging year,” said Arts Endowment Acting Chairman Ann Eilers. “These projects represent the vitality and perseverance of arts organizations small and large to overcome significant challenges, transform to new ways of engagement, and forge new relationships that benefit the diverse populations in neighborhoods and cities throughout the United States.”

Traditional Arts Indiana, Bloomington, $25,000
To support the Elder Music Project which will identify, document, and record music by Indiana senior traditional musicians to serve as the centerpiece for virtual public programing and include a guide for engaging audiences in senior centers, assisted living facilities, and elder care units.

Lotus Education and Arts Foundation, Bloomington, $20,000
To support the Lotus World Music and Arts Festival that features concerts by international musical artists, some offered at no charge.

Johannes Goransson, Translation Project, South Bend, $12,500
To support the translation from the Swedish of the poetry collection Lonespeech by Ann Jäderlund (b. 1955), whose aesthetics are closely aligned to Emily Dickinson, has published 12 books of poetry and even translated the work of Dickinson into Swedish. This will be the collection's first appearance in English.

About the National Endowment for the Arts
Established by Congress in 1965, the National Endowment for the Arts is the independent federal agency whose funding and support gives Americans the opportunity to participate in the arts, exercise their imaginations, and develop their creative capacities. Through partnerships with state arts agencies, local leaders, other federal agencies, and the philanthropic sector, the Arts Endowment supports arts learning, affirms and celebrates America’s rich and diverse cultural heritage, and extends its work to promote equal access to the arts in every community across America. Visit arts.gov to learn more.

Your Brand, Your Body Officially Launches

SmoothChicago presents Your Own Private Concert with Kirk Whalum