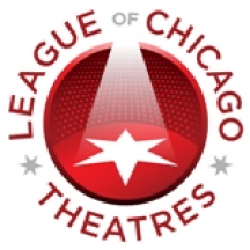 The August Wilson Monologue Competition announces details for 2021, adding “Designing August,” a new category for high school student set and costume designers. Each year, hundreds of high schoolers compete for a chance to represent Chicago in the National Monologue Competition. After two preliminary rounds, twenty finalists in the monologue category will be invited to compete by live stream from the Goodman Theatre on March 22, 2021 at 6pm, provided there are no COVID 19 restrictions are in place to prevent a live stream. The “Designing August” winners will also be announced at the finals. The August Wilson Monologue Competition is free for participants.  Details about the free livestream of the final round will be available at https://chicagoplays.com/august-wilson-monologue-competition/. 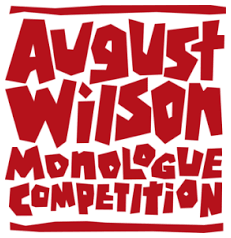 The August Wilson Monologue Competition is presented by Goodman Theatre and Derrick Sanders, in collaboration with the Department of Performing Arts at The University of Illinois at Chicago (UIC), the League of Chicago Theatres, and True Colors Theatre Company.

Open to Chicago area high students, the competition gives students an opportunity to explore and share the richness of no annual competition aims to expose a new generation of creative minds to the life’s work and artistic legacy of this seminal American playwright. Program participants in cities across the country encounter Wilson’s ten-play cycle and receive coaching from teaching artists to prepare their monologues for local and national competition. Chicago coordinator Derrick Sanders hopes to continue building robust partnerships with schools across Chicago, creating educational opportunities that allow students to connect to August Wilson and his work through the study of history, social studies and literature.

In December 2020, Netflix released “Giving Voice,” a full-length documentary about the national August Wilson Monologue Competition and the importance and influence of Wilson’s work on the students. The inspirational film features footage of the Chicago Monologue Competition and Derrick Sanders, along with interviews of Viola Davis, Denzel Washington, and Stephen Henderson. The film’s trailer is available here.

Applications for the program are available at https://chicagoplays.com/august-wilson-monologue-competition/ and due by February 1, 2021. The Chicago Preliminary Monologue Auditions will be by video tape submission, from which sixty students will be selected to compete in the Semifinals in a live virtual session for the judges on March 1, 2021. Twenty Monologue finalists will be invited to compete by live stream from the Goodman Theatre on March 22, 2021 at 6pm.  Cash prizes for the top three Chicago Monologue finalists have been doubled in 2021 since the priceless experience of a trip to New York City to compete has been suspended during the pandemic.

“Designing August,” the new set and costume design category is open to individuals and teams. Preliminary designs are due March 1. Selected designers will advance to the Semifinals to present their designs virtually, to a panel of judges on March 16, 2021. Winners will be announced at the Chicago Finals on March 22, 2021.

For more information about the Chicago competition, visit: https://chicagoplays.com/august-wilson-monologue-competition/. 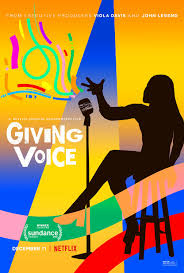 A new generation of performers is discovered in “Giving Voice,” which follows the emotional journey of six students as they advance through the high-stakes August Wilson Monologue Competition, an event which celebrates one of America’s preeminent playwrights. Every year, thousands of students from cities across the United States perform the Pulitzer Prize winner’s work (Fences, Ma Rainey’s Black Bottom) for a shot to perform on Broadway. Directors Jim Stern and Fernando Villena capture students discovering themselves and the world around them through Wilson’s “Century Cycle,” a canon of ten plays portraying the 20th century African American experience. Executive producer Viola Davis, along with Fences co-star Denzel Washington, share the impact that Wilson’s timeless artistry and legacy has had on their careers and their hopes for the young people carrying it forward. Winner of the Festival Favorite Award at the 2020 Sundance Film Festival, Giving Voice is an Endgame Entertainment and Pilgrim Media Group Production in association with Endeavor Content, Impact Partners, Get Lifted Film Co and JuVee Productions.

About the “Century Cycle”

August Wilson’s “Century Cycle” is a singular achievement in American theatre. Each of the ten world-class plays is set in a different decade of the twentieth century. At the plays’ core are soaring, lyrical monologues that take the rich song, laughter, and pain of the African American experience and place it in the mouths of the most varied ensemble of characters written since Shakespeare. The plays of the “Century Cycle” are: Gem of the Ocean, Joe Turner's Come and Gone, Ma Rainey's Black Bottom, The Piano Lesson, Seven Guitars, Fences, Two Trains Running, Jitney, King Hedley II, and Radio Golf.

Called America’s “Best Regional Theatre” by Time magazine, Goodman Theatre (Artistic Director Robert Falls and Executive Director Roche Schulfer) has won international recognition for its artists, productions and programs, and is a major cultural, educational and economic pillar in Chicago. Founded in 1925 by William O. Goodman and his family in honor of their son Kenneth, Goodman Theatre has garnered hundreds of awards for artistic achievement and community engagement, including: two Pulitzer Prizes, 22 Tony Awards (including “Outstanding Regional Theatre” in 1992), nearly 160 Joseph Jefferson Awards and more. Goodman Theatre was the first theater in the world to produce all 10 plays in Wilson’s acclaimed Century Cycle—including world premiere productions of Seven Guitars (1995) and Gem of the Ocean (2003).  Visit GoodmanTheatre.org.

Chicago theatre is the leader in the U.S. with more than 250 theatres throughout Chicagoland, comprising a rich and varied community ranging from storefront, non-union theatres to the most renowned resident theatres in the country, including 5 which have been honored with Regional Tony Awards, and the largest touring Broadway organization in the nation. Chicago’s theatres serve 5 million audience members annually and have a combined budget of more than $250 million. Chicago produces and/or presents more world premieres annually than any other city in the nation. Typically, Chicago theatre companies produce more than 100 world premiere productions and adaptations each year and send new work to resident theatres across the country, to Broadway, and around the world.

Theatre is essential to the life of a great city and to its citizens. The League of Chicago Theatres is an alliance of theatres which leverages its collective strength to support, promote, and advocate for Chicago’s theatre industry. Through our work, we ensure that theatre continues to thrive in our city.