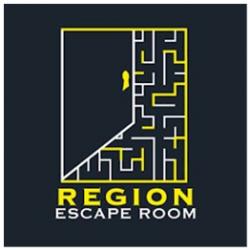 Jessica Schmidt, (a local rock singer) who, along with her husband Justin and partner “in crime” Rachael Boland opened the Room at 1238 119th Street (across from Family Dollar). . They gave me a basic idea of what a real Escape Room is about. 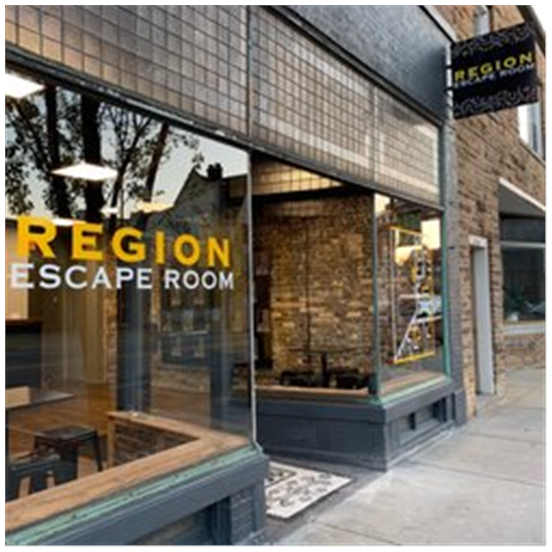 She explained that an Escape Room is a real-life adventure game where players are put in a room and must find clues and solve puzzles to escape.

“Escape Rooms are becoming increasingly popular as a new, exciting activity that requires teamwork and social interaction,” she went on.

Interestingly enough in a truly “Whiting way” the concept of going into some kind of business together came about at Pierogi Fest.  The women have known each other since they went to school together at St. John.

At adults, both were on corporate career paths in the city and weren’t sure what would lie ahead.

"I said we should open up a business together because we make a really good team,” Jessica said. “We laughed but then we started bouncing around ideas and we thought of an Escape Room.”

Together with Jessica’s husband Justin, they found a home for their business and have been working diligently.  Jessica said she’s in the role of project manager. While Justin brings his financial background to the business side as well as his building ability.

“Rachael is the huge creative asset; she definitely thinks outside of the box,” Jessica said.

So your problem to solve is how to actually get out of that box (or room).  There will be four different theme rooms for your to experience.  For now, one is a detective “noir” mystery and another you’re on a science fiction team set out to destroy a simulation.

A third will be seasonal and the other will probably correspond with what’s going on in Whiting like Wickedly Whiting or Pierogi Fest. You can play in teams of up to 8, be paired with strangers  or even do a solo venture.  You have one hour to find and solve the clues.

This isn’t like opening up a business or a restaurant.  It’s more like opening up four separate theatres and each has to be built. The rooms are “staged” which means props have to be found and the decor for each of the scenes has to be set. And that’s just the physical side that goes into this highly intellectual and fun pursuit by the creators.

“The City of Whiting has graciously awarded us a grant of to assist us with start-up costs and we couldn’t be more excited and thankful,” she said.

And just to prove a kind of Kismet happening here for Jessica who brings her own theatrical experience to the idea. Their landlord is a woman who has been in theatre for years and was a professional theatrical designer and builder.

“It’s very much like a set,” she said. “For the noir adventure, for example, it’s very immersive. You feel like you’re in the 1950’s. “ It’s like being in a real live video game. You’re the main character.”

And because they are new to the industry, they’ve hired an outside consultant to give them a game plan.

“Then we take those ideas…what we need to build, actually make all the puzzles, and assemble everything in the room,” she explained.

She said that the best part about the experience is that teams have to work together to accomplish the mission   The best age range for players is 12 years old and up as puzzles can sometimes be pretty complex.

“The appeal is everybody’s looking for an experience right now… something different than just going to a movie, dinner, or playing trivia. We’re just adding to one of those options. Each escape room is different so you have a different experience each time you come,” Jessica said.

She said that it’s also a great because people have to get off their phones and think and talk to one another as collaborators in solving the room.

Jessica, Jason and Rachael have gone to at least a dozen different Escape Rooms all over northwest Indiana and Chicago where she said they’re popping up all over.

“We need one here in the Region,” she said.

And this young hometown entrepreneur added, “I’ve always wanted to be involved here. I want to be the next generation that is starting businesses, younger business owners and maybe in the future have a chance to talk about how to get younger people involved in business here.”

So be one of the first to escape to the Region Escape Room located at 1238 119th Street, across from Family Dollar. For more interesting info about RER, visit them online at http://www.regionescaperoom.com/.

All rooms are open to the public and anyone can join your team.

Private Room - Ensures that you will not be paired with strangers.  The more people you bring, the more you save!

You must have valid proof of ID when you arrive for your booking.

Thanks to Sue Baxter and PanoramaNow for sharing this article.