NEW PHILHARMONIC EXPANDS ITS OPERA PROGRAMING WITH THREE PERFORMANCES OF FRANZ LEHÁR’S “THE MERRY WIDOW” AT THE MAC JAN. 24-26 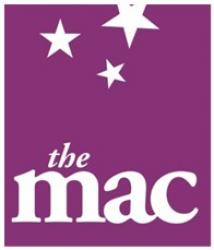 New Philharmonic, under the musical direction of Maestro Kirk Muspratt, opens 2020 with Franz Lehár’s popular operetta “The Merry Widow,” featuring a libretto by Viktor Leon and Leo Stein, at the McAninch Arts Center. Due to the growing popularity of New Philharmonic’s winter operas, a performance on Friday, Jan. 24 at 7:30 p.m. has been added to the regular two performance run. Other performances are Saturday, Jan. 25 at 7:30 p.m. and Sunday, Jan. 26 at 3 p.m. This operetta, staged by Michael La Tour, will be sung in English. A free MAC Chat will take place one hour prior to each performance.

“The Merry Widow” is based an 1861 comedy play, “L'attaché d'ambassade (The Embassy Attaché) by Henri Meilhac and revolves around a rich widow, and her countrymen's attempt to keep her money in the principality by finding her the right husband. New Philharmonic’s production will be set in the audacious, stylish, fun and madcap 1920s.

So many men, so little time. Hannah Glawari has all the money to save the bankrupt country of Pontevedro and all the eligible bachelors in Paris, but what she really wants is her long-lost love. Count Danilo, forbidden to wed Hannah when childhood sweethearts, has been charged with saving Pontevedro, but Hanna’s recent widow’s fortune has turned the tables. The most ravishing of operettas concludes with a party a la Café de Maxim’s complete with dancing girls.

New Philharmonic, the only professional orchestra based in DuPage County, Ill., has inspired classical music enthusiasts in Chicago and the suburbs for more than 40 years. It continues to thrive with the goal to give innovative treatment to both classic compositions and modern works while striving to make the music accessible to new audiences and youth through a variety of educational efforts. The orchestra was honored with the Illinois Council of Orchestras’ 2017 ICO Award for Professional Orchestra of the Year. Today, under the direction of Kirk Muspratt, named 2018 Conductor of the Year (Professional Orchestra) by Illinois Council of Orchestras, New Philharmonic consists of more than 60 professional musicians and performs more than a dozen concerts a year, reaching more than 7,500 from the greater Chicago area annually.

Support for New Philharmonic is provided in part by Brookdale-Glen Ellyn; ST|G|P Sullivan Taylor | Gumina & Palmer, P.C., the Illinois Arts Council, a state agency; WFMT 98.7 FM, WDCB 90.9 FM and the College of DuPage Foundation. This production of “The Merry Widow” is supported by an anonymous Soloist Sponsor.

Established as a 501(c)(3) not-for-profit charitable organization in 1967, the College of DuPage Foundation raises monetary and in-kind gifts to increase access to education and to enhance cultural opportunities for the surrounding community. For more information about the College of DuPage Foundation, visit foundation.cod.edu or call 630.942.2462. 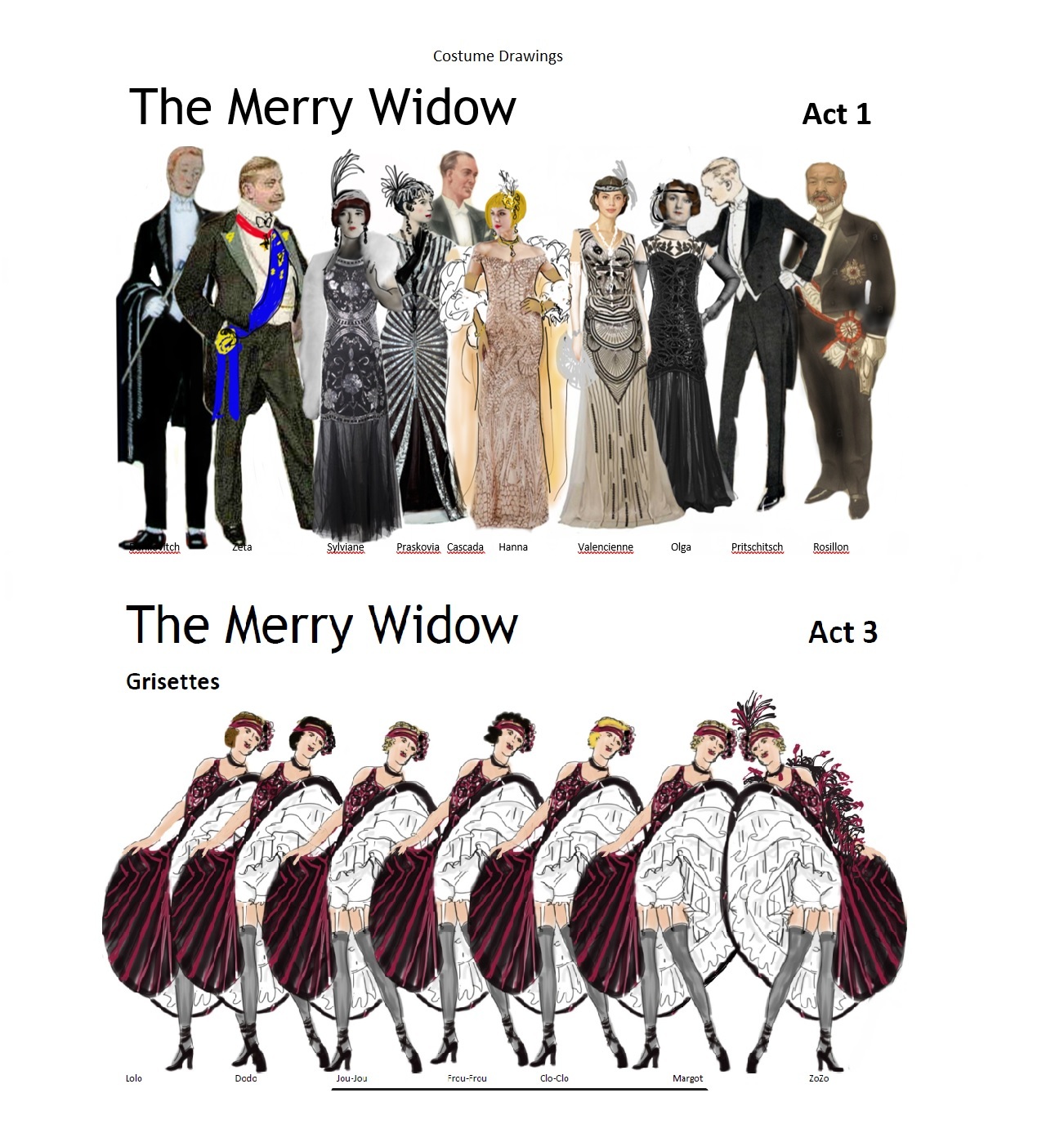 Alisa Jordheim (Hannah Glawari) has been seen at the MAC in New Philharmonic’s 2017 and 2018 New Year’s programs, New Philharmonic 2017’s “The Best of Broadway: Rodgers & Hammerstein and Andrew Lloyd Webber” and in the role of Yum-Yum in the New Philharmonic’s 2017 production of Gilbert and Sullivan’s “The Mikado.” ​ This past November she made her company debut as Clotilde in Pacini's “Maria, regina d'Inghilterra” with Odyssey Opera. Other performing credits include her acclaimed performance as Soeur Constance in Poulenc’s “Dialogues des Carmélites” at the Caramoor International Music Festival, Gilda in “Rigoletto” with San Diego Opera, Ninetta in “La gazza ladra” with Teatro Nuovo and concert performances including Mozart's “Exsultate, jubilate” with the Milwaukee Symphony and Mozart's “Mass in C Minor” with the Bel Canto Chorus. Honors and awards include recipient of a 2016 Sullivan Foundation Award and 2015 Sullivan Foundation Career Development Grant, winner of the 2015 Bel Canto Regional Artists Competition, and winner of the Edith Newfield Scholarship in the 2013 Musicians Club of Women Music Scholarship Competition in Chicago. Jordheim was recently featured in Fred Plotkin's "40 under 40: A New Generation of Superb Opera Singers" on WQXR, New York's Public Radio station.

Jesse Donner (Count Danilo Danilovitch) was most recently seen at the MAC in New Philharmonic’s 2019 production of Strauss II’s “Die Fledermaus.” His just performed the role of Danilo in the St. Petersburg Opera production of “The Merry Widow,” and his other performances this season include his debut as Rodolfo in Union Avenue Opera’s production of Puccini’s “La Boheme,” a return to the Louisville Orchestra as the tenor soloist in Verdi’s “Requiem” and Handel’s “Messiah” and his concert debut with the New Jersey Festival Orchestra. Previous seasons’ credits include Toledo Opera’s Fall Gala Concert, featured soloist for Chicago Philharmonic’s “Concert for Peace,” the role of Ismael in Union Avenue Opera’s production of Verdi’s “Nabucco” and the role of Emporer Alteum in Cedar Rapids Opera’s production of Puccini’s “Turandot.” Donner was a resident artist at Lyric Opera of Chicago from 2014-2017. Honors and awards include the 2015 Luminarts Fellowship and the Bel Canto grand prize, the 2014 George Shirley Award for Opera Performance, a special encouragement award from the 2014 Metropolitan Opera National Council Regional Auditions, and 1st place in the 2012 Michigan Friends of Opera Competition.

Katherine Weber (Valencienne) was seen earlier this season in New Philharmonic’s “Ode to Joy” concert. Other past performances with New Philharmonic include the roles of Rosalinde in Strauss II’s “Die Fledermaus” (2019), and Violetta in Verdi’s “La Traviata” (2017). Weber garnered acclaim in the title role of Chicago Opera Theater’s 2018 Chicago premiere of Tchaikovsky’s “Iolanta.” Other performing credits include soloist in Beethoven's “Mass in C,” Vivaldi's “Gloria” and Mozart’s “Requiem” with the Winona Oratorio Chorus and Orchestra and two seasons with Opera for the Young, in Madison, Wisc., where she toured in the title role in Dvořák’s “Rusalka” and Pamina in Mozart's “The Magic Flute.” She was featured soloist with the Florentine Opera and soprano soloist in Handel's “Messiah” at her alma mater, Viterbo University. Honors and awards include regional finalist at the Metropolitan Opera National Council Auditions twice (2017, 2015), recipient of the Award of Excellence and the Lew Cady Memorial Award (both from Central City Opera), the Bain Fellowship from Indiana University, and two-time winner of the Schubert Club Competition and four time encouragement award winner of the Metropolitan Opera National Council Auditions.

James Judd (Camille de Rosillon) was most recently seen at the MAC in the September “Ode to Joy” concert and in the role of Alfred in New Philharmonic’s January 2019 production of Strauss II’s “Die Fleidermaus.” He has sung with the Los Angeles Opera Orchestra, the Buffalo Philharmonic Orchestra, the Western New York Chamber Orchestra, and The AIMS Festival Orchestra. Judd’s past operatic roles include Monostatos in Mozart’s “Die Zauberflöte,” Ferrando in Mozart’s “Così fan tutte,” the title role in Mozart’s “La Clemenza di Tito,” Asgar in the U.S. premiere of Hajibeyov’s “Arshin Mal Alan” and Claude in the world premiere of Nettles' “The Fall of Stag Lee.” He has performed at the Rocky Ridge Music Center in Estes Park, Colo., where he won their prestigious concerto competition. Judd also sings with many professional choruses, including the Chicago Symphony Chorus. Judd holds a Master of Arts in Vocal Performance at The University of Iowa as well as Bachelor of Music in both Education and Vocal Performance from SUNY Fredonia.

Michael La Tour (Stage Direction/ Njegus) has worked professionally as an actor, singer, dancer, mime, clown, designer, choreographer, director and producer. He is on staff at The Ryan Opera Center of The Lyric Opera of Chicago as a master teacher and stage director (Mozart’s “The Magic Flute,” Mozart’s “The Marriage of Figaro,” Verdi’s “La Traviata, Strauss II’s “Die Fledermaus,” Presgurvic’s “Romeo et Juliette”). His most recent work seen by MAC patrons was New Philharmonic’s 2017 sold out production of Gilbert and Sullivan’s “The Mikado.” Other directing credits include Kentucky Opera (Puccini’s “La Boheme,” Bizet’s “Carmen,” Presgurvic’s “Romeo et Juliette”) and Opera Moda (Mechem’s “Tartuffe,” Adamo’s “Little Women,” Hoiby’s“A Month in the Country”). With Peter Amster, he has co-directed and choreographed “Side By Side By Sondheim” for Pegasus Players, Hwang’s “M. Butterfly” for Apple Tree Theatre (After Dark Award for choreography) and the grand opening of The Harris Theater in Millennium Park.